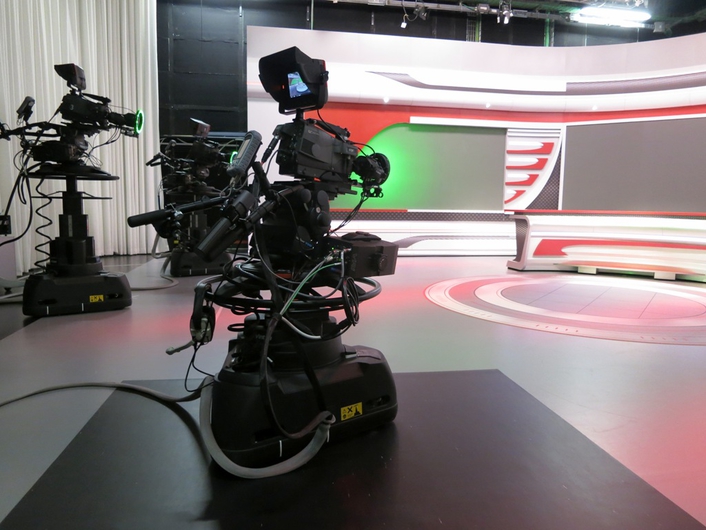 .
Vinten Radamec®, a Vitec Group Company, and world leader in robotic camera support systems, has supplied a range of its innovative equipment to Sky Italia for a brand new dedicated Virtual Reality facility.

The studio, one of the six Sky Italia facilities based in Milan, has been installed with three of Vinten Radamec’s Quattro SE encoded pedestals alongside three of the company’s renowned Vector 750i pan and tilt heads, an ideal choice for large camera combinations where virtual or augmented reality is required. 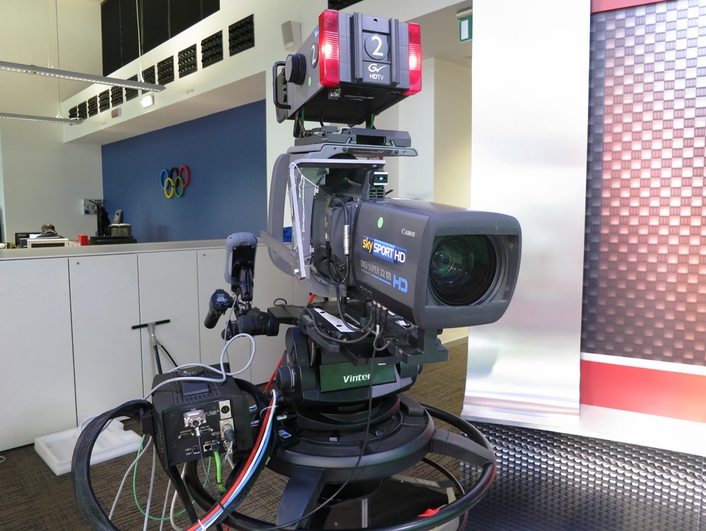 The project began in February in the studio which was originally used to cover the Winter Games in Sochi. One month after the Games ended, Vinten Radamec’s key distributor in Italy, Trans Audio Video (TAV), installed and integrated the systems.

Sergio Brighel, TAV, said: “Sky Italia planned a major transformation for the studio which was to be dedicated to providing coverage of both the Moto GP and Formula One championships. It was a race against time to get the refurbishment completed and the new equipment installed before the start of the motor sports season.“

“The dedicated virtual and augmented reality studio is now up and running, enhancing Sky Italia’s programming and adding a further dimension to its outstanding sports coverage. The Vinten Radamec pedestals and heads have put in a seamless performance since the season commenced.“ 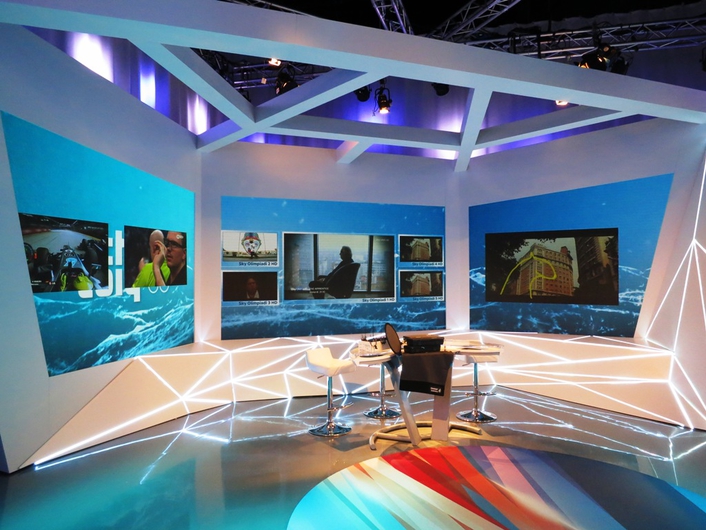 The precision of the positional data, accuracy and fast homing procedure of the Vinten Radamec pedestals bring added efficiency and effectiveness to studio operations.The design of the large studio was based on the success of one of Sky Italia’s smaller Virtual Reality enabled studios that had previously been equipped with two of Vinten Radamec’s robotic FHR-35 heads.

Sergio Brighel, TAV continued: “At 100 square metres, the small studio also had dedicated VR capabilities. However, due to the space limitations it was more static. Sky Italia took the decision to design a bigger, entirely VR studio that had space for the pedestals to move around on the floor, which would increase the creative element of its AR applications.In addition, this solution was effective in terms of having one device capable to serve different needs and different operational environments.

This is the sixth Sky Italia studio that has been equipped with Vinten Radamec’s innovative broadcast solutions by TAV. 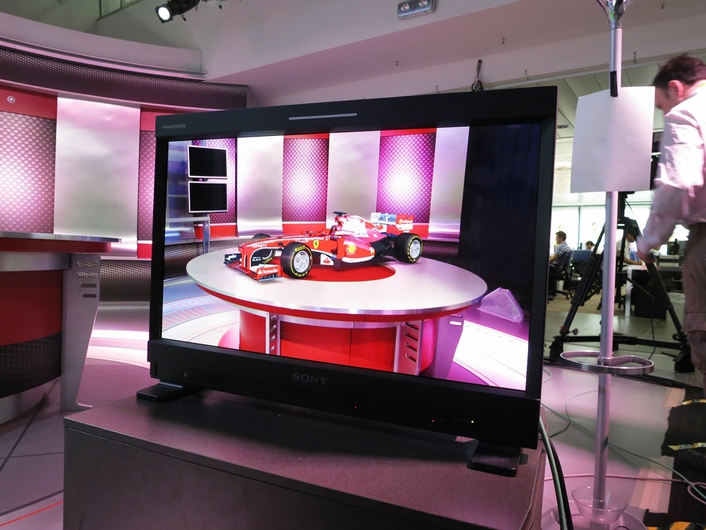 Karen Walker, product director, Vinten Radamec said: “TAV has had a great working partnership with Sky Milan for several years and this recent project demonstrates both the strength of their relationship and the high performance of our robotic solutions. We are delighted that our equipment is in action and helping to add a dynamic edge to the channel’s thrilling live programmes.”

About Vinten Radamec
Vinten Radamec is a leading provider of robotic camera support systems offering engineering excellence and globally supported solutions for a wide range of technologies and markets. Its extensive range of products includes robotic heads, pedestals and controllers suitable for studio, OB and legislative environments.  Recognised for some of the most innovative broadcast robotics in the world, Vinten Radamec has a worldwide customer support network and distribution infrastructure, and an industry leading research and development programme.

Vinten Radamec solutions take a seamless role in the broader automated environment and thereby increase the flexibility of systems to take advantage of the economic and operational benefits of robotic cameras.