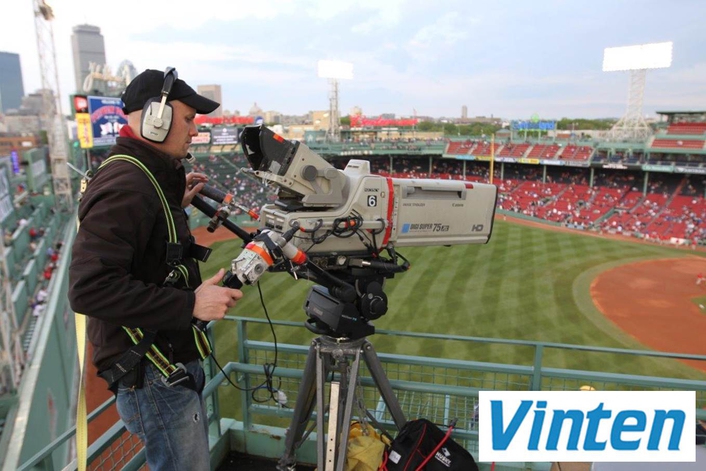 Vinten is celebrating the twentieth anniversary of its renowned range of Vector pan and tilt heads
The seven pan and tilt heads that make up the range include the Vector 75, based on the ground breaking Vector 70 model, which camera operators rated so highly it quickly became the industry standard for both studio and OB applications. The family also incorporates the award winning Vector 430, the Vector 950 and Vector 750, which have received global praise for outstandingly smooth and responsive camera control.

In two decades since the first Vector 700 was launched, the ‘Vector Family’ has been at the forefront of the industry and has become ubiquitous in studios across the world. The core capabilities at the heart of the Vector range includes Vinten’s Perfect Balance technology, for effortless support, and the unique Thin Film drag, patented in several Vector models, bringing the appropriate camera control for every type of movement.

Andrew Butler, Senior Product Manager, Vinten said: “It is a remarkable achievement to be celebrating twenty years since the launch of the first Vector head. The longevity is testament to the revolutionary design that continues to deliver value both in the studio and in the OB space.

“For OB applications, the pantographic counterbalance mechanism has proved invaluable, as operators can counterbalance for different weight camera packages without changing out cams or using springs. This really simplifies and speeds set up, particularly at sports venues. Combined with the higher output drag modules, it provides excellent control for heavier payloads.” 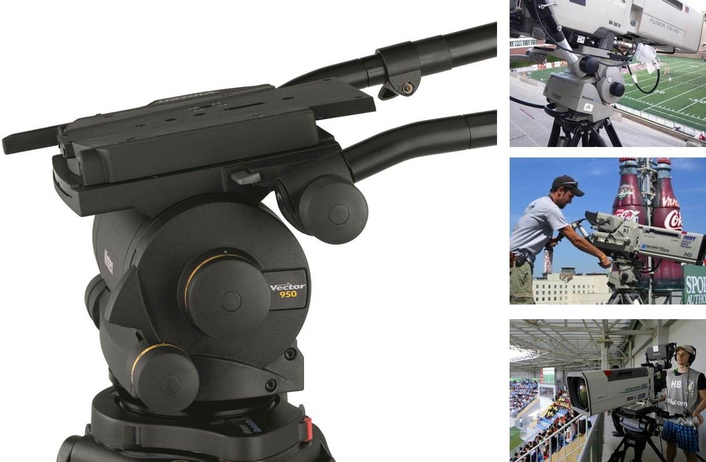 The Vector brand has gained some high profile proponents over the years including director of photography, Tom Guilmette, who explained why the Vector range has proved so successful in sports broadcast: “Shooting unscripted live sports with fast action is a challenge. The number one piece of equipment in the camera chain is the pan and tilt head. The Vinten Vector series is buttery smooth and extremely responsive allowing me to track high speed objects with precision."

US based NEP, operator of the world’s largest fleet of television mobile units and global production studios uses the pan and tilt heads exclusively on its OB vans. George Hoover, CTO, NEP said: “All of the cameramen on remote sites are freelancers, working across a variety of different productions and mobile units. They rely on the Vinten Vector heads to help them consistently get their shots and from our perspective we like to give them the tools that they know will let them work at their optimum creativity.”

Another US outlet, Colorado Studios, also chooses the Vector range for its mobile truck fleet, having recognised the value of good camera support from its extensive experience in a wide variety of sports remote pick up.

Philip Garvin, Founder and General Manager of Mobile TV at Colorado Studios said: “We currently have more than 200 Vector pan and tilt heads. In the mobile truck business, we’ve got to invest in heads that are able to perform and stand up to heavy use, but also ones that our users like, and all sports camera operators are happy when they see the Vector heads.”

In studio applications, recent installations of the Vector range includes the state of the art studios for BT Sport in the UK, where several Vector 750 heads were selected to support the broadcaster’s fast growing live programming. For many years, the British commercial broadcasting giant ITV has also used Vinten Vector heads as part of its extensive range of Vitec Videocom equipment installed across the London Studios.

Chris Owen, Head of Cameras and Sound at ITV Studios has worked across a broad cross-section of programming ranging from light entertainment shows such as the An Audience With… series to live Champions League football. Owen explained the success behind the Vinten Vector range: “The guys at Vinten really respond and listen to feedback. For instance, with the Vector 750 heads they made some minor adjustments so they would exactly meet our needs. At the end of the day, they have been designed by people who really understand what camera operators want.”

Andrew Butler, Senior Product Manager, Vinten said: “The durability of the Vector range stands testament to the quality of the design and the engineering. There are a number of studios that still have the original models daily use two decades on. The range has been future-proofed with the introduction of the ‘i’ versions of the 430, 750 and 950, providing an extremely high quality, highly accurate encoder output for Virtual Reality and Augmented Reality applications.

The success of the heads has been built on innovation and like all of our products, this will certainly continue for the long term. We are committed to providing the highest performing supports that meet the future needs of the industry and we fully intend for Vinten to remain the heads of choice for the next twenty years.”

About Vinten
Vinten® is a global market leader in camera support technology for broadcast professionals and videographers The company’s wide range of equipment enables camera operators to work the way they choose without compromise and includes pan and tilt heads, tripods and pedestals suitable for ENG, EFP, OB and studio environments.
Vinten provides the most innovative, intuitive camera support products available by working closely with today’s professionals and understanding their changing needs.