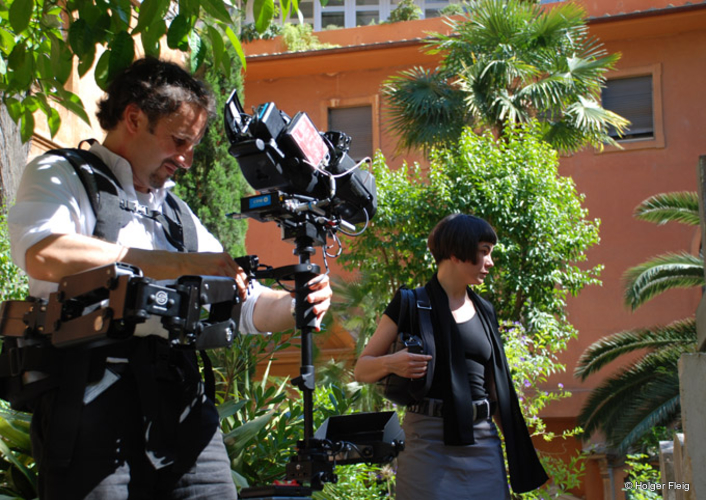 Richard Ladkani and his team received a half-hour film permit for the most sacred place in the Vatican – the Necropolis underneath St. Peter's Basilica. They accompanied a cardinal who led them through the Necropolis. The footage taken during this tour is one of the highlights of the documentary "Vatican – The Hidden World." Richard Ladkani used the artemis DV Pro MD camera stabilizer system from Sachtler, outfitted with a Sony EX3 for filming in the intricate centuries-old corridors.

A look into the hidden world

It began with the vision of an unprecedented film about one of the most mystical places in the world – the Vatican. The result is an impressive 90-minute documentary about the Papal State and its inhabitants. The film guarantees a fascinating look into a mostly hidden world. The stories of eight protagonists, some of whom are very close to the Pope – including an altar boy, the Pope's photographer, one of the Papal bodyguards, the astronomer of the Vatican Observatory, and a Radio Vatican journalist –, put a personal stamp on the impressive pictures. Director and screenwriter Richard Ladkani spent almost three years working on his most elaborate project to date. It took over a year just to prepare and do research for the film, which was produced by teamWorx and Bavarian Broadcasting in cooperation with the BBC, National Geographic, and France2. At the end, the budget was in the high six-figure range. 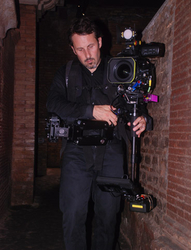 Over fifty days of shooting were spread out over the course of a year. The team traveled to Rome more than twelve times to film. For Richard Ladkani, the smallest state in the world is one of the most complex shooting locations ever. "There is no other place where access is so limited, or where you need as many permits as here," says Ladkani with certainty. That's why it was so important to him to have a camera support that offered as much flexibility as possible. "Sometimes, they simply retracted film permits right before we started filming without giving any reasons. If we had already laid rails for a dolly, all of the preparation would have been for nothing, since it could take days until we were granted a new film permit and were able to continue." For this reason, the artemis camera stabilizer system was twice as valuable to Richard Ladkani. On the one hand, the team profited from a noticeable time-saving factor while preparing, as the camera stabilizer system is immediately ready for use in various places as soon as it is set up. After all, many shoots had to be done within a very limited amount of time. On the other hand, the artemis can also easily be used in narrow rooms and corridors.

"A third of the Vatican consists of magnificent time-honored buildings that are in turn connected by kilometer-long subterranean passageways and corridors for the most part," explains Richard Ladkani. Some of the protagonists move through this labyrinth daily – to cinematically accompany them, Richard Ladkani worked with the artemis DV Pro MD. "With it, we were able to follow cardinals and altar boys for several hundred meters through St. Peter's Basilica to the Vatican Grottoes, to be guided by the prefect through the bunker of the Vatican Secret Archives, and to accompany the conservators through the endless collections of the Vatican museums," says Richard Ladkani as he describes the different scenes.

artemis as an important stylistic device

He learned to use the camera stabilizer system at the Wendelin Sachtler Academy." During numerous workshops with the artemis systems developer, Curt O. Schaller, I became acquainted with the artemis. Without it, a lot of the footage wouldn't have been possible, not least because of the spatial conditions." For this reason, Ladkani describes the use of the artemis as an "essential stylistic device" of his documentary, which had its premiere on ARD (First German Television) in January 2011.