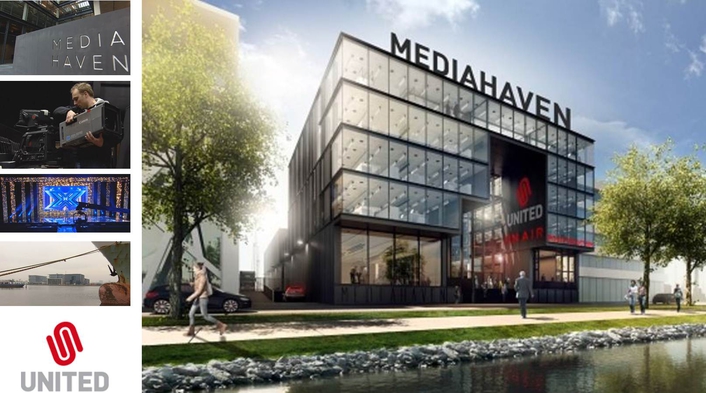 .
Dutch company United, based in media city Hilversum, wants to expand in the world of entertainment in the coming years. With that growth come large, well-equipped studios - preferably in desirable locations.

United is therefore expanding into the new building ‘Mediahaven’ in Amsterdam, less than 10 minutes away from Central Station.

United will not only operate the two studios: customers in and around Amsterdam will also be able to make use of ENG’s and Post Production there.

United can count on an explosive opening right from the start: for three weeks in March, the bigger of the two studios will be the location for recording the hit show ‘X factor’.

Later this month, the editing suites also open their doors to customers. They will offer the same comfort and technical features as United’s PostPlaza suites and as those of its subsidiary, Online Media in Hilversum: Mediahaven is linked to Hilversum with a 10 GB fibre-optic connection. The ENG’s, which are available to hire complete with crew and car from Mediahaven, complete United’s full-service concept in Amsterdam.