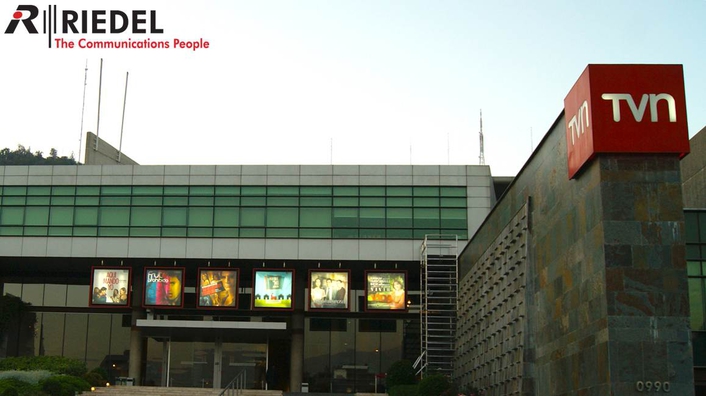 For establishing a wireless communications infrastructure in their main studio complex in Santiago de Chile, TVN Chile installed an Acrobat system that also interfaces with the matrix intercom system, TVN uses at their studio facility.

The exchange of the wireless system is structured into two separate phases. In a first step all corner studios, the outside area, where also broadcast shows are produced as well as parts of the inside corridor are covered by the Acrobat network. In a second phase the rest of the studio will be integrated into the Acrobat system. "While deciding for this project, we compared Riedel's Acrobat to another existing system under real live production conditions. The result and our choice was pretty clear. Everyone in our team wanted nothing but the Riedel Acrobat. In terms audio and mechanical quality as well as the ruggedness of the hardware, nothing else came close", said Mauricio Rojo, Project Engineer, Engineering Assistant-Manager at TVN Chile. 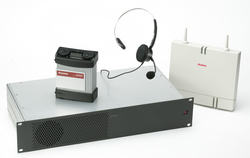 Currently TVN Chile uses an Acrobat installation with eight individual party lines. The second phase will expand the installation allowing for up to 60 wireless subscribers. Seven additional antennas and 25 extra Acrobat beltpacks will then complement the existing system. "It is really important to us, to have a centralized system. Together with the seamless handover between cells, Acrobat is perfect for our demands", Rojo continues.

The Acrobat system interfaces with the third party intercom system that is used at the TVN studios. The integration is realized via 4-wire connections. This allows for calls to individual partylines from control panels.