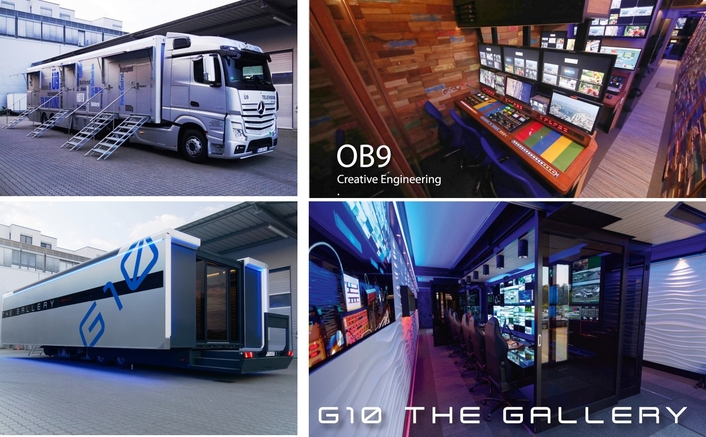 OB9 is an OBVan without extensions (side drawers), however it offers a total of 22 workspaces in five production rooms., including two production areas. A3G/ HD /SD multi-format switcher Kahuna 360 with two Maverick Control Panels, a Lawo mc² 56 High End Audio Mixer and a Riedel Artis Intercom System.are the key products together with a choice of system cameras from Ikegami HDK 97A respectively 970A or Grass Valley LDX86N.
The Truck already produced matches of the German and Austrian Soccer Bundesliga, of theChampions and Europa League, the Golf Ladies European Tour, Austrian Ice Hockey Championships and the Handball Champions League, as well asvarious concerts and shows.

On the 31st of December this year OB9 will produce the ZDF Silvester party for ZDF at the Potsdamer Platz in Berlin. 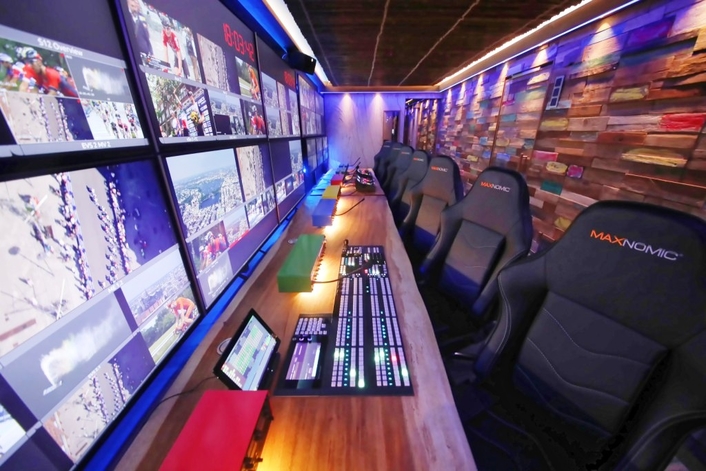 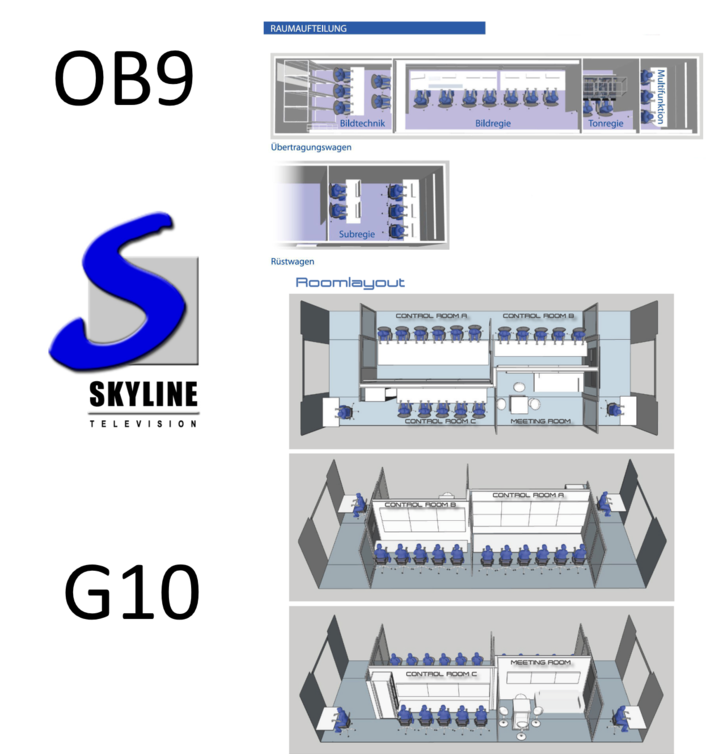 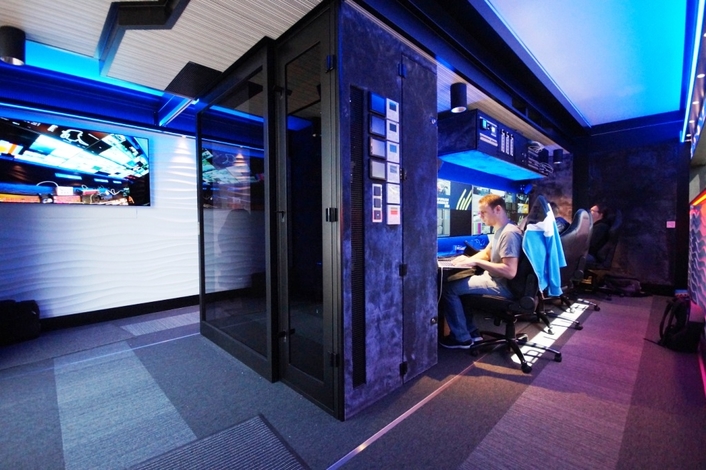 The G10 is a quite Unique vehicle concept with three big control rooms two separate entrance areas and an additional meeting / screening room.
A total of 65m² creative spaceoffersa total of 18 multifunctional workspaces, which are equipped with 22 UHD monitors.
Since its premiere at the DTM at Hockenheimring on April 30th and later on at the 24 hours race at the Nürburgring and all other DTM 2018 races, G10 is in high demand beyond the sports segment, as the new concept of the outsourced gallery makes many customers very creative. The separation of technical and creative space in different vehicles offers the TV Skyline customers even more creative opportunities for development.The additional meeting room is the ideal place to meet customers, sponsors, guests, friends and VIPs.