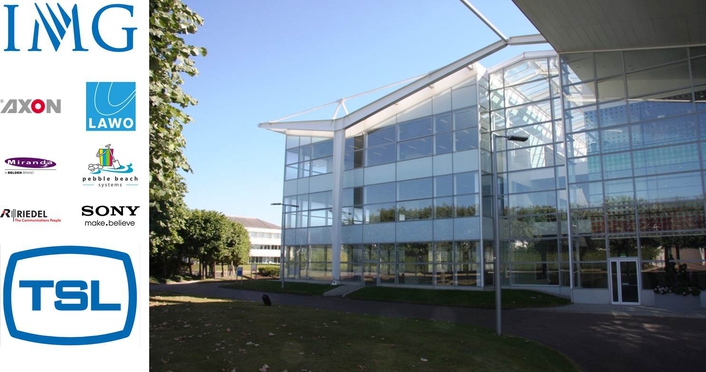 Due for completion in August 2013, the new facility will be built around an advanced Atos Broadcast Network Control System (BNCS) and will house four 3Gb/s HD main studios, nine galleries for live production of programmes such as the BBC's 'The Football League Show' and ESPN's Barclay's Premier League matches and numerous other areas including an MCR, radio suites, tape transfer and playout facilities. TSL will also install a vast post production space and transmission area for the media production and distribution of content for rights holders and broadcasters worldwide, including global television feeds for the English Premier League.

"We chose TSL as the systems integrator based on its depth of experience, their independence from third parties and its capacity to deliver to specification and on time", said David Shield, SVP Global Director of Engineering & Technology at IMG.

"Having issued an extensive RFP for this project, TSL's response, in terms of technical and commercial scope, was exactly what we were looking for. TSL also built our current facilities at Chiswick Park and proved to be a reliable, knowledgeable and discerning company with which to work, so we're delighted to have them working with us again".

The IT-based BNCS will sit at the heart of the facility to streamline workflow and provide IMG operators with a more intuitive interface for quicker turn-around and delivery of native and re-packaged content across all forms of media, including TV, audio, fixed media, inflight and closed circuit, broadband and mobile.

"We're delighted to be working with IMG again and that we are recognised as specialists in facilitating modern sports broadcasting and multiplatform delivery", commented Bruce MacGregor, Director of Solutions, TSL Systems. 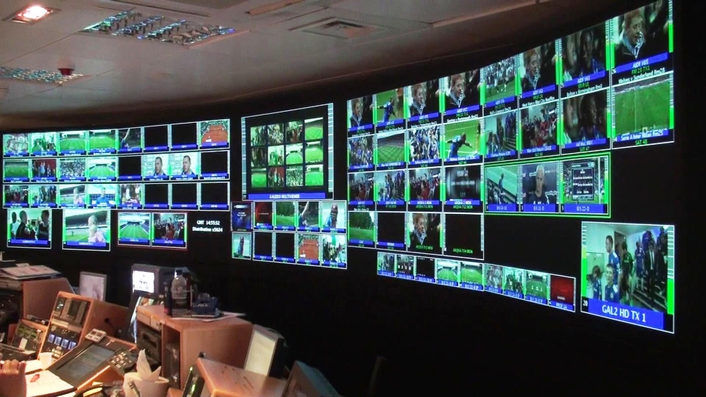 "By continuously advancing our expertise through education, training and careful recruitment processes, whilst drawing off 26 years of industry experience, we've developed a unique skill-set that enables our customers to fully reach their technical and commercial goals, whether in storage, IT, archive, MAM, HD, multi-channel audio or file based workflows."

IMG is the world's largest independent distributor of sports programming, distributing over 20,000 hours of content to major global broadcasters annually. This content originates from more than 200 clients and events, including Wimbledon, the Australian Open, the ATP Masters Series, the R&A (governing body and organiser of The Open Championship), International Rugby Board (IRB), MotoGP, the National Football League (NFL) and the International Volleyball Federation (FIVB).

About TSL Systems
TSL is a leading creator of integrated broadcast systems. In an industry characterised by rapid growth and intense competition, the company is a consistent high-achiever and is the only organisation of its type offering truly independent advice allied to more than 26 years' experience in the field.
Having recently completed such high-profile projects as Phases 1 and 2 of the broadcast infrastructure at MediaCityUK, Sky News Arabia, TVNZ's new file-based workflow and media asset management system, as well as multiple fibre-based HD studios at the University of Salford, TSL has significantly broadened the scope of its services and expanded the size and complexity of the solutions it delivers.
With a reputation for forward-thinking and independent values, combined with a continued drive to address and resolve the challenges that today's growing file-based/IP-centric projects command, TSL is able to provide the most comprehensive, cost-effective systems integration capability available today.