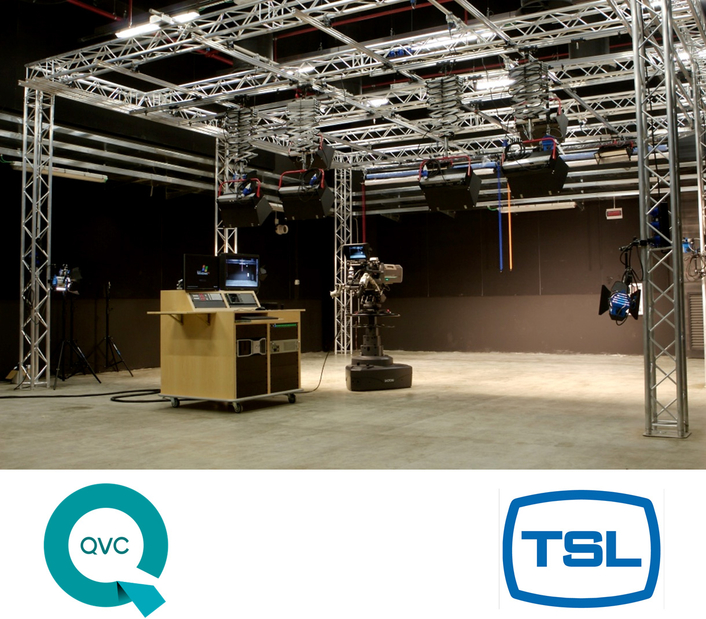 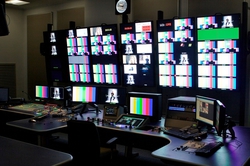 TSL Managing Director David Phillips said, "It is not an empty claim to say that this new facility is one of the most modern, functional and highly intuitive in the world."

In addition to two ancillary HD studios and edit suites for additional production work - and a Pro Tools® audio suite with VO booth, live and preparation graphics areas - the QVC facility makes extensive use of TSL's "Tallyman" system, which interfaces with mixers, routers and multi-viewers, providing the ability to throw facilities, at the push of a single button, from one live control room to the other. 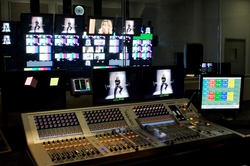 According to TSL Project Manager Andy Appleyard, "The flexibility of Tallyman is one of the keys to QVC's new facility. Tallyman's touch screen control panel provides what QVC wanted right from the beginning, the ability to throw control from Live Control 1 to Live Control 2, and vice versa, with the push of a single button. This means that any, or all, of the five key operations instantly become live in the other room.That means it can be a split-live operation with all the advantages that has to offer. It's a complex system to develop and test, but once installed it's incredibly smooth and intuitive."

QVC Italy is scheduled to broadcast live 17 hours a day on digital terrestrial with an aim to reach 17 million homes. The network is also scheduled to air on satellite via Sky Italia SpA.

TSL's Phillips added, "The project was divided into nine areas, three of which were due for July handover with the other six due for September.Instead, we handed over seven areas - all of which QVC accepted - in July. The remaining two areas have also been delivered ahead of schedule."

QVC, Inc., a wholly owned subsidiary of Liberty Media Corporation attributed to the Liberty Interactive Group (Nasdaq: LINTA), is one of the largest multimedia retailers in the world. QVC is committed to providing its customers with thousands of the most innovative and contemporary beauty, fashion, jewelry and home products.Its programming is distributed to more than 180 million homes worldwide.The company's website, QVC.com, is ranked among the top general merchant Internet sites. With operations in the United Kingdom, Germany and Japan, and launching in Italy in 2010, West Chester, Pa.-based QVC has shipped more than a billion packages in its 24-year history. QVC, Q, and the Q Ribbon Logo are registered service marks of ER Marks, Inc.

TSL is an international, and truly independent, broadcast systems integrator which also designs, manufactures and sells a unique range of TSL-branded products. For additional information on TSL products and services, please visit

TSL Systems Integration
Two Studer Vista 5 Consoles For QVC’s New Italian Shopping Channel
TSL will exhibit at the RAI: Front of Hall 10 and in the Outside Exhibits area