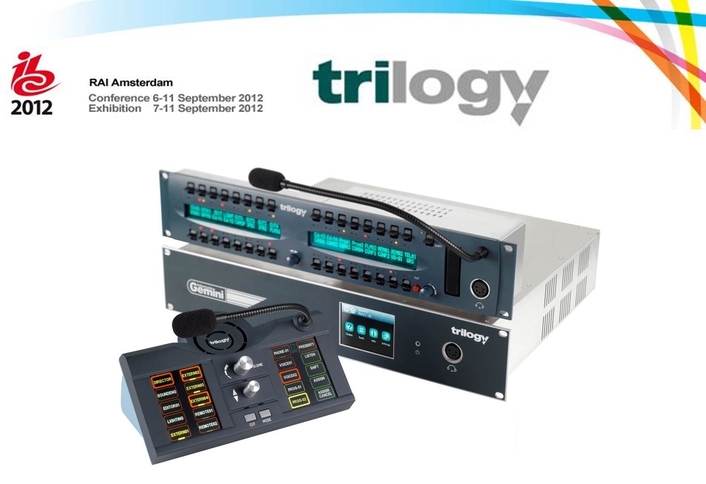 The new digital audio interface handles both MADI and AES signals in any combination making it an ideal solution for broadcast audio installations. This clever solution supports transparent routing of the audio streams in addition it provides interrupt capability and stereo to mono mixing.

A key application is to be able to strip out audio channels to send to an intercom device, for instance to put a remote commentary feed onto a studio presenter’s earpiece. The configuration includes the ability to mix the programme feed with talkback, to duck it or to mute it. Because the Gemini maintains full 20kHz audio quality it can even be used for programme audio routing if the standard path fails for any reason.

“We designed Gemini, in response to requests from broadcasters around the world, to be as flexible as possible,” said Mark Ellis, Director of Business Development, Trilogy Broadcast. “What makes it possible is our core architecture which puts high quality audio on a ring, separated out from control and backup audio on a separate circuit. With the IP infrastructure and open standard switching, it means we can route any audio anywhere – that is great for communications but it means we can deliver a whole lot more, too.”

The new AES/MADI card and functionality is just one of a number of enhancements to Trilogy’s intercom systems to be launched at IBC2012. It will be demonstrated alongside the rest of Trilogy’s intercom and reference signal products on stand 10.A29 at IBC, Amsterdam 7 to 11 September