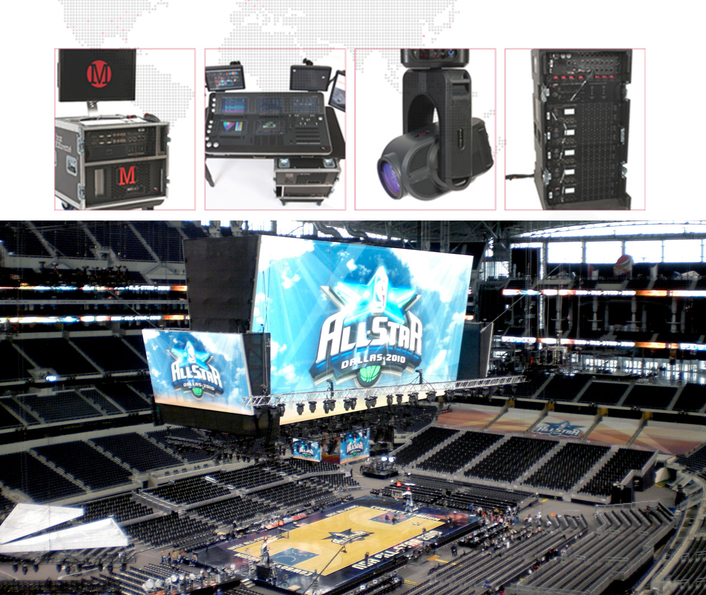 Introductory through Advanced level classes are offered. Intermediate and Advanced classes are intended for working professionals wishing to expand their skills and some session require previous experience with the product(s).

Join PRG at the Las Vegas depot for three days of hands-on INTRODUCTORY training that will give you the knowledge you need to start using these exciting products.

Get an inside look at the PRG Bad Boy® luminaire, one the brightest lights on the market with 48,000-lumen output. This class will take you under the hood to examine the key features of this light. This session will cover both the standard Bad Boy with the original Quantum® Color System and the new Bad Boy CMY which utilizes a crossfading color system.

The Bad Boy has been featured on many high profile concert tours, television and film productions including the U2 360º tour, the Jay-Z & Eminem Home & Home Stadium Shows, the 2010 Winter Olympic Opening and Closing Ceremonies, and the feature film Iron Man 2.

• Understand the uses and differences in the CMY and Quantum Color systems
• Working with the designer color and gobo wheels
• Maintaining the iris, optical system, and servo motors
• How to use the onboard programming
• Tips and shortcuts for working with the Bad Boy

Class Size is limited to allow hands-on training for all attendees. Lunch will be served immediately after this session. A working knowledge of automated lights is advised.

Get an in-depth look at the PRG Series 400 Power and Data Distribution system, which provides a reliable and safe system that distributes both power and data with one integrated cable for automated lights and remote devices up to 500 feet away. All DMX addressing can be programmed offline or at the rack and re-addressed all from the convenience of the rack. Key features of the S400 system include rugged AC power components, a modular design, breakout boxes and purpose designed Ethernet Switches. 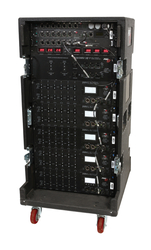 The Series 400 Power and Data Distribution system saved countless hours of work on the U2 360º tour, the 2010 Winter Olympic Opening and Closing Ceremonies, and the Heidelberg booth at PRINT 09 as well as a wide range of concert tours, television and events.

• How the S400 system works
• Laying out a system using the S400
• Setting up and trouble shooting your power and data networks
• Detailed explanation of available components for the S400 system
• Offline and live configuration, addressing and patching

Previous experience with power and data networking is advised.

Get an inside look at the PRG Mbox EXtreme media server, which is designed to give users powerful and flexible control by working seamlessly with up to six layers of content which can be displayed simultaneously and allowing layers to be any combination of 3D objects or background. Users also have the ability to transition content, both 2D and 3D, on the same layer. This means six layers on the Mbox EXtreme v3 is effectively like having 12 layers on another server. Additionally, two of the layers on Mbox EXtreme v3 can now have a content resolution of up to 1080p (1920 x 1080).

The Mbox has been featured on major concert tours including Jay-Z and Lady Gaga, the upcoming production of Spider-Man: Turn Off the Dark on Broadway, television projects including the 2010 NBA All-Stars Game and Miss Universe, and the feature film Iron Man 2.

Class Duration: 8 hours including a one-hour break with lunch provided.

This class is geared to programmers with some media server experience, but who are new to using the Mbox.

This full day introduction to the PRG V676 and V476 lighting control consoles includes a look at the V676 control console, an elegant programming and control solution. Offering extraordinary speed, both in programming and responsiveness, as well as innovative interface advancements both in hardware layout and software design. The smaller V476 retains all of the programming functionality and capabilities of its larger sibling.

The V676 was used on the 2010 Winter Olympic Opening and Closing Ceremonies, the Emmy Awards, the 2010 Eurovision Song Contest; The Circus Starring Britney Spears tour; and on Broadway on Fela! and the Addams Family.

Class Duration: 8 hours including a one-hour break with lunch provided.

A basic understanding of automated lighting, DMX, addressing, and patching is required. Previous experience working with lighting consoles is recommended.