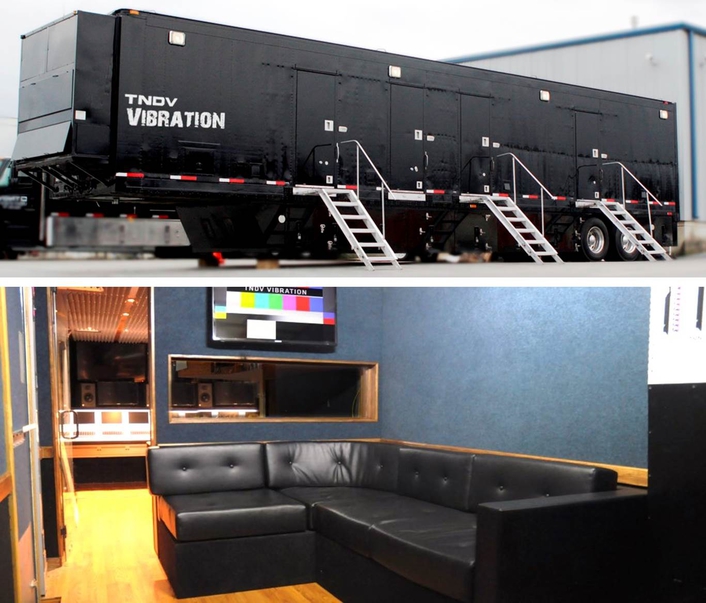 “Most production companies with a mobile audio truck are strictly in the business of doing mobile audio,” said Nic Dugger, president and owner of TNDV.  “It is unusual for a mobile production firm to build an audio truck to work alongside video trucks.  Our goal was to build a truck that could work hand-in-hand with our fleet of HD production trucks and also perform on its own.  And we now have a 53-foot, 256-input, 7.1 surround sound mobile audio truck with multi-track recording prepared to go anywhere in the country.”

“Frequently, the audio mixer becomes master control in audio-heavy productions, and we wanted a high-end model that could handle multiple tasks, from music to communications,” said Dugger.  “We sought recommendations and almost every sound engineer we talked to listed Studer at or near the top.  And the Vista 9 has the high I/O count we need.  We identified what we thought would be the biggest show we might do in terms of inputs — and then we doubled it.” 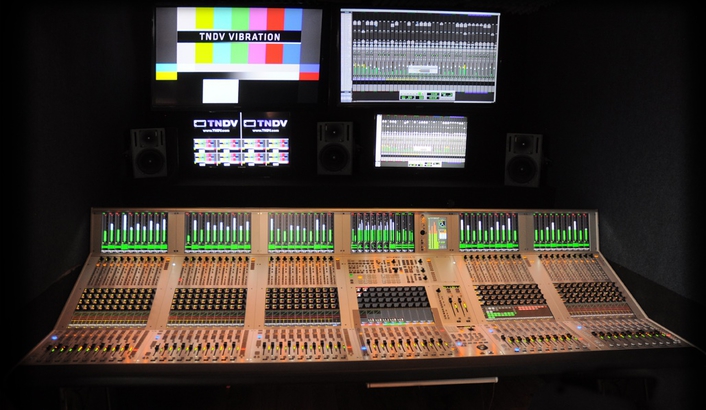 The truck also includes a MADI audio infrastructure for communication between the mixing room and remote stageboxes positioned around a venue or shoot location.  This will allow TNDV to maintain a large, redundant multichannel infrastructure with a simple fiber cable.

Vibration includes two additional rooms beyond the mixing space:  a machine room for all noise-producing infrastructure equipment to ensure a soundproof environment in the other rooms; and a client lounge that doubles as an isolated tracking space.

“The client lounge is not only a place for crew and clients to relax, but also a very practical space for recording.  It’s outfitted with a variety of amplifiers and headphones for monitoring and works great as a space to lay down voiceovers and instrumental tracks,” said Dugger.  “This is especially nice being based in Nashville, as we can drive a multitrack recording studio to an artist’s home and provide a robust, high-end recording environment in the driveway.” 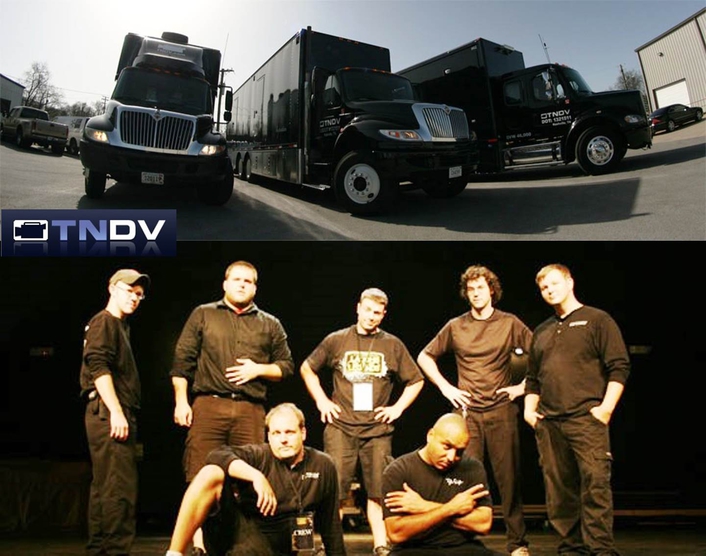 TNDV has planned a modest video infrastructure for broadcast applications and certain live performances, including a 40-input HD-SDI router to transport video signals, and a 16-input HD video switcher with an integrated multiviewer.  LED screens throughout the truck will allow crew or clients to view ProTools displays, live cameras from inside a production venue, or one of many POV cameras located around the truck to view sound engineering as it happens.  At the core of the truck, the Vista 9 will produce surround sound and stereo audio mixes for broadcast events.

“In addition to front of house and PA mixes, many events will require remixing for broadcast, web streaming and DVD production,” said Dugger.  “For example, there is so much audio associated with awards shows that it can’t be properly serviced in the video production space alone.  It needs its own pace, setting and production staff, especially if surround sound is involved.  Vibration has really been brought to life to intelligently allocate crews for large productions.”

ABOUT TNDV: Television
Formed in 2004, TNDV: Television represents the culmination of many years of broadcast and live production for Nic Dugger, owner and president; and his staff of full time engineers. TNDV produces events from small single-camera productions all the way up to multi-million dollar international TV events, and takes pride in building custom solutions for challenging productions of any size, in any situation.  Recent productions include the Emmy Award winning Bluegrass Underground, The Grand Ole Opry Live and the inaugural season of the all-new Hot20 on CMT.