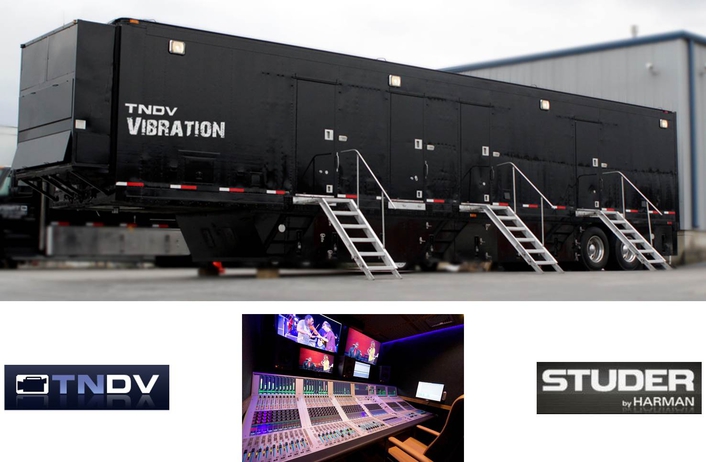 “The audio input counts for TV shows keep getting higher and higher, and it got to the point where we decided to build a truck designed primarily around audio mixing,” said Nic Dugger, President of TNDV: Television. “We’re doing more and more shows where the input count can reach 100 or even more—so we decided to take that number and double it when we started looking for a console for the truck!” In addition to TV, the Vibration truck is used for music festivals, concerts, awards shows, corporate and other events. 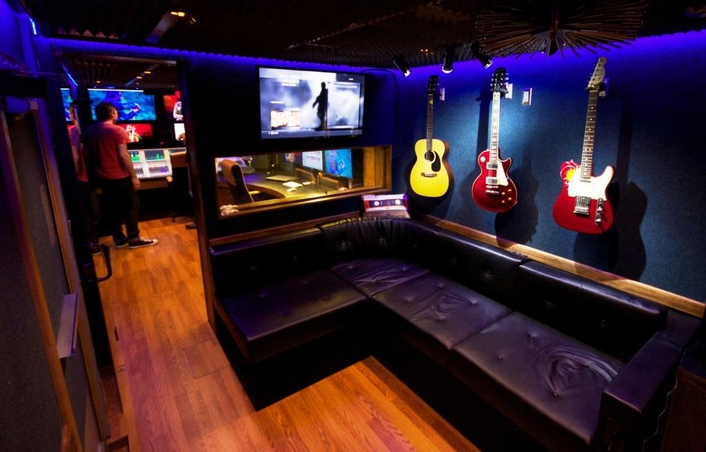 Vibration is a 53-foot 18-wheeler that is divided into three areas—the mixing room, a client lounge complete with guitars, air conditioning, comfortable couches and a “machine room” where outboard gear, A/V infrastructure and “anything that has fans and makes noise” is located. “We want a comfortable mixing environment without distractions,” Dugger noted, an important consideration for someone who does gigs for days at a time in 90-plus-degree heat. “We built Vibration to feel like and function like a recording studio on wheels.”

A big part of that comfortable feeling is the truck’s Vista 9 console. Dugger and his staff had previous experience with other Studer and Soundcraft consoles and were familiar with their working environment, making the transition to the Vista 9 easier. He noted that while any experienced engineer will expect great sound and quality mic preamps from a console, it’s the unexpected that sets a console apart. In the case of the Vista 9, it’s the console’s software capabilities, control layout and ability for an engineer to configure the console and way he or she wants it. 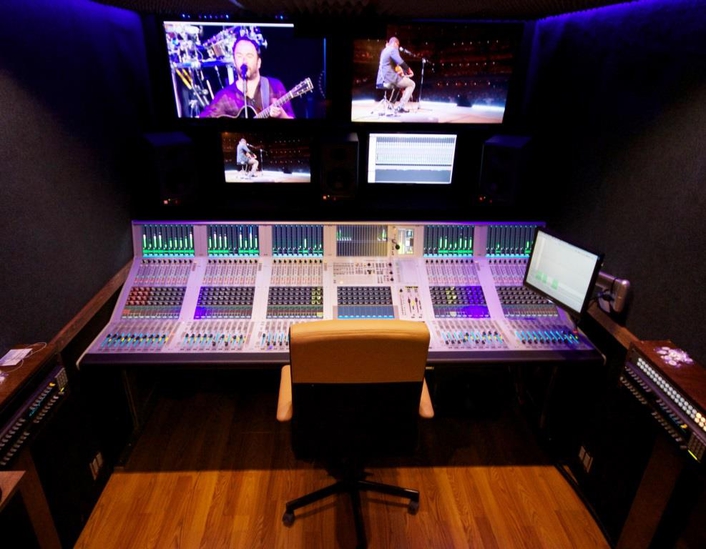 TNDV: Television does production for a lot of music festivals, and the Vista 9 gives the crew the ability to get a mix for each band at sound check the day before and then instantly recall all the bands’ settings the day of the show. Dugger uses the console in a novel way that saves even more time. “Because we have 256 inputs, we can divide the console into essentially four different 64-input consoles,” he said. “That means that on the day of the show we’re ready to mix four bands in a row without touching a thing. We can be ready to mix the next band before they even set up their drum set.”

In fact, Dugger and his staff have pre-loaded about 20 “snapshots” of how bands typically use a mixing console, and store these templates on a USB drive and use them as a basis for getting a ballpark mix almost instantly. Dugger plans on sharing these stereo and multichannel mixes with other engineers on the Studer website. “We’ve done production for artists like Garth Brooks, Toby Keith, Sammy Hagar, Ronnie Dunn and many others, and time after time their engineers are very impressed by how good everything sounds,” he said.

“If any audio engineer came up with a wish list of what they wanted in a console, I doubt he or she could find anything on the list that the Vista 9 doesn’t provide,” Dugger concluded. “We certainly haven’t!”