Channel 5 is owned and operated by the Royal Thai Army

Rather surprisingly, Channel 5 is owned and operated by the Royal Thai Army, which founded the broadcast station in 1958. The channel offers viewers the latest headlines on the Thai political, economic, social, cultural and entertainment scene, as well as current affairs, educational and cultural programmes, documentaries, music and sport events, game shows, and sit-com drama.

The first phase has seen the installation of two 48-fader mc²56 desks in Studios 2 and 3. The desks are identical, each with 96 DSP channels. Signals fed from either or both Studios via Lawo’s DALLIS I/O frames are handled by a Nova73 HD router fitted with SDI, AES and analogue cards. This allows the consoles in these control rooms to be intelligently networked together, sharing resources and control for maximum flexibility. 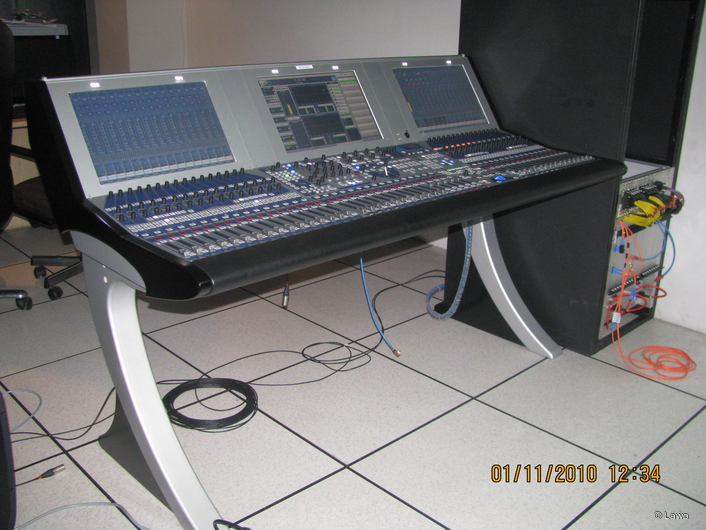 In Phase 2 of the plan, due to be executed in March 2010, a third 48-fader mc²56 will be delivered for Studio 1, expanding the audio network. A second MADI card will be added to all the mc²56's Dallis frames and cores in all studios to provide full MADI redundancy, and the MADI in Nova73 will also be doubled to provide full redundancy MADI Netlink between all studios. Nova73 will also be given extra redundancy by an additional redundant router control card.

Although all three Channel 5 studios are similar in size, the Lawo router provides the flexibility to switch between studios to meet on-air requirements instead of conventional patching methods. All three consoles have the ability to send PGM to any of the four PGM outputs in the Nova73 router, on a first-come, first-served basis.

“The primary goal for Channel 5 was the ability to network its audio solutions, and have the freedom to share audio resources and control,” explains Boon Siong Tan. “The Lawo mc²56 functionality allows us to achieve this across all three studios, with excellent redundancy.”

Lawo, headquartered in Rastatt/Germany, specialises in developing, designing and manufacturing mixing consoles and matrix systems for radio and TV broadcasters, as well as for use in live events. Standards of high quality and innovative technology are supported by nearly forty years experience in the field of professional audio technology. Lawo’s product range covers digital audio mixing consoles for use in radio, broadcast, production and live applications, including the required software. In addition to the provision of matrix systems and audio networks, Lawo also carries out project engineering tasks and acts as a main contractor for radio OB trucks; these services include user training and maintenance. This high level of expertise results in a comprehensive support service for Lawo customers.