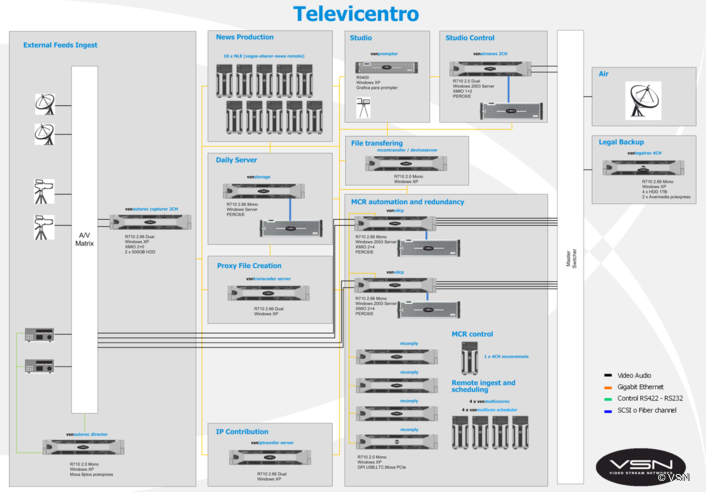 Pioneering the HD introduction in Honduras

The TV broadcaster leader in Honduras, Televicentro, plans on launching their new highdefinition News Production Center by the end of May or beginning of June.

For their HD News Production, Televicentro entrusted VSN with the full management of theirworkflow, which includes a 4-channel automation system (vsnmulticom), an automated ingestsolution (vsnautorec), a 4-In/8-Out video server, 15 clients for their newsroom and acompliance recording system for their four main channels. All of it based on VSN's storage andnetwork architecture, thus guaranteeing a full integration of their systems with other thirdpartysolutions and technology such as Sony and Miranda. The new full HD News Center is partof the expansion that Televicentro plans on developing in other areas of the channel.

The technological change in Latin America demands solutions in every field. VSN is activelyworking on the area in order to cover these needs and, thanks to the close cooperation withtheir dealers, has already participated in several relevant projects such as Televicentro.