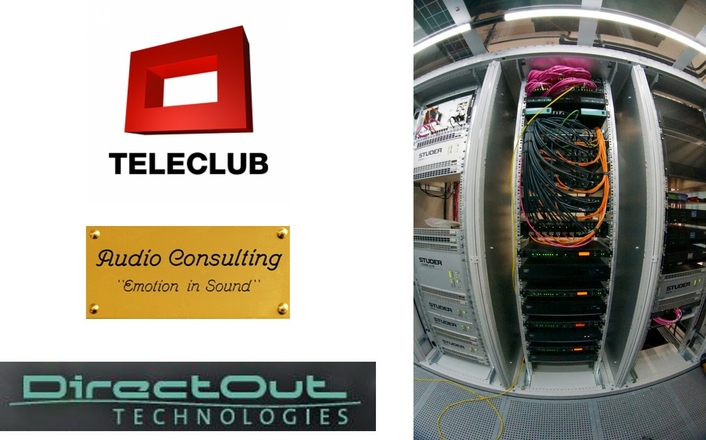 Founded in 1982, the Swiss private broadcaster, Teleclub, is considered one of the oldest pay-TV stations in Europe. Following the dawn of the digital era, a state-of-the-art broadcast and production center was built in Volketswil in 2002, featuring a playout center, live broadcast control, digital archiving, transfer, editing and encoding/transcoding. The broadcast and production center in Volketswil is connected to another Studio of Teleclub in Fribourg, where the French version of the content is being produced.

Recently Martin Reich and Gregor Baumann from Audioconsulting AG were commissioned with the audio extension of the production centre in Volketswil. Just a few weeks ago the studio in Fribourg received its latest upgrade. A PRODIGY.MP replaced an older ANDIAMO.XT unit in order to convert a huge number of analog commentary signals to the Dante network. Thanks to the very powerful and flexible DSP processing of the PRODIGY.MP, the location in Fribourg is well prepared for future upgrades and requirements.

The new studios in Volketswil, mainly used for sports and discussion programs with a live audience, had been designed, using systems of DiGiCo, Meyer Sound, Waves and DirectOut. For seamless connectivity and conversion of these components and brands a broad range of DirectOut gear was chosen to act as the central backbone for audio interfacing, -routing and IP migration between base-band (MADI) and AoIP (RAVENNA/ST2110 and Dante) formats.

The control room is therefore equipped with a handful of DirectOut’s powerful MONTONE.42 AoIP bridges receiving a number of MADI feeds of SAM Sirius video routers and the DirectOut M.1K2 system at the same time. As the main routing hub of the audio system, the M.1K2 MADI router is receiving and distributing up to 1024 audio channels from mixing consoles and communication units. This maximum number of channels is being converted to RAVENNA using only four units of MONTONE.42 to supply several Q-SYSTM DSP's for matrixing,
among other things. 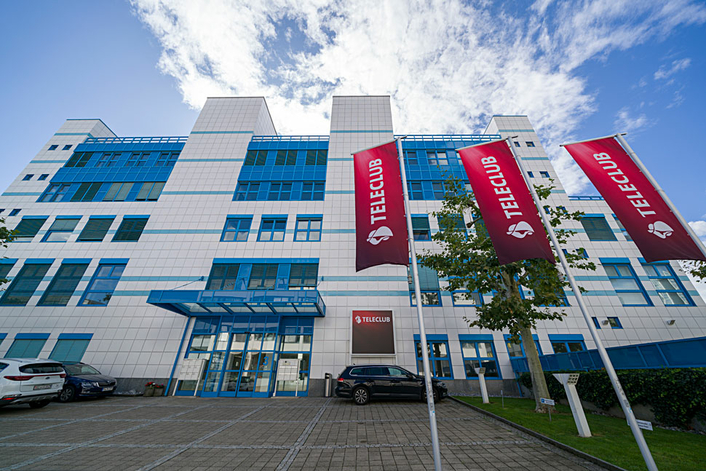 For more flexibility and a future proof concept, Audioconsulting also integrated EXBOX.MD interfaces for the Dante connection to the central MADI router.

With the availability of DirectOuts new and extremely flexible audio processor PRODIGY.MP, Teleclub received the perfect extension for their studio in Fribourg, 150 km away from the main facility in Volketswil. While the audio and video connection between Volketswil and Fribourg is being established by Net Insights Nimbra system, the PRODIGY.MP is connected via MADI. With its modular concept, the processor offers a variety of different audio formats and flavors to connect almost any system. PRODIGY.MP collects local intercom signals from Riedel panels via AES3, acting as the audio extension of the central M.1K2 hub in Volketswil.

Of particular note is the highly sophisticated system control and management which enables different programs to be mixed in various formats (mono, stereo, surround). Much of the control software has been tailored especially to Teleclub and was written by mastermind Gregor Baumann and his colleagues Martin Reich and Val Remo.