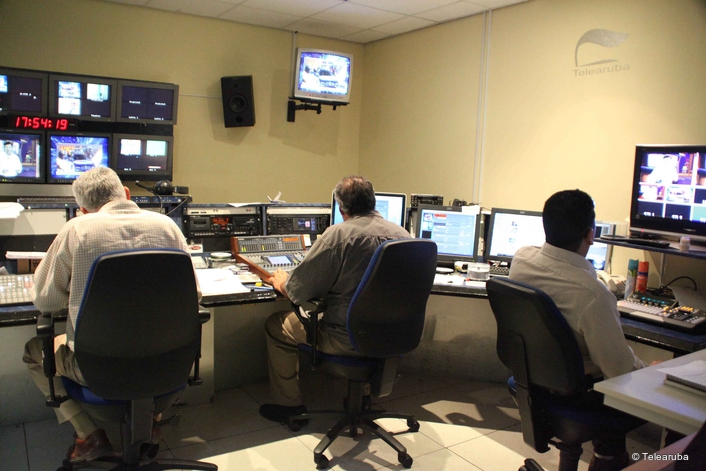 The rollout of the VRCAM system was very quick

Patricio Maduro, technical director at Telearuba, was tasked with alleviating the high costs of building and rebuilding television studio sets while bringing the station into the world of HD. “I was introduced to VRCAM in 2008 and I was very impressed,” said Maduro. “It was a dream for me to bring it to Aruba.”

The VRCAM Virtual Studio, which is being used with three Sony PMW-EX3 XDCAM EX HD cameras in the studio, will mostly be used for sports and talk shows. It can be used with up to four fixed cameras without external sensors and requires minimal setup and calibration.

“We set up a library loaded with sets -- also from FOR-A,” said Maduro. “When we started up the cameras and went on air, we were impressed with how easy it is to control.” The rollout of the VRCAM system was very quick and the engineering and production teams at Telearuba have adjusted easily to the technology. “This installation in Aruba gives FOR-A a very important presence in the Caribbean,” said FOR-A’s Pedro Silvestre, Latin America and SouthEast Sales Manager. “Demonstrating this solution helps us offer it to other customers in the region. We see a growing demand for this type of technology in Latin America.”

Since its installation in late January, Telearuba has been using the VRCAM for SD broadcasts. “That’s the great thing, it has both,” said Maduro. “We’ll just switch the software when we switch to high-def, and there you go.”

Telearuba also purchased the FVW-500HS HD/SD Video Writer for the soccer games they broadcast. The telestrator is a major part of the station’s color commentary for the world soccer event this summer. “The FVW-500HS HD/SD Video Writer will be used whenever there’s a break in the soccer game,” said Maduro. “The hosts are going to review how the play went and write on screen.”

The FOR-A VRCAM combined with the FVW-500HS HD/SD Video Writer is opening new creative opportunities for Telearuba. “I’m putting together a new game show that is going to be interactive using the Video Writer coupled with the Virtual Studio,” said Maduro. “I can’t wait to do what I never did before – and in HD!” 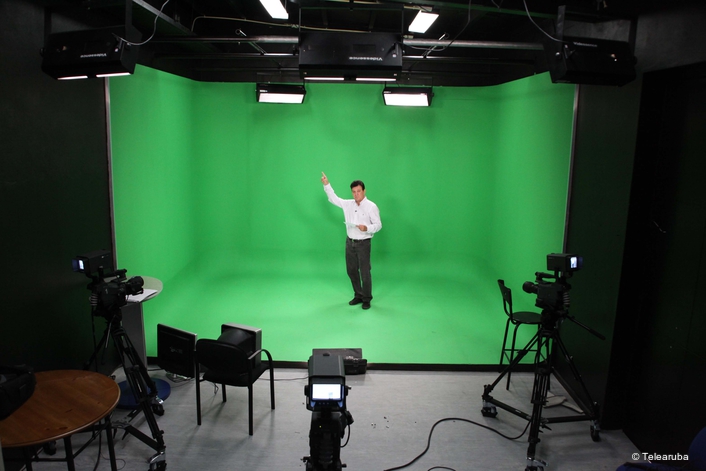