Playout your formation graphic directly from tOG Sports, free up your overlay graphics system!
The New Football season is almost upon us, so it is time to tell about some of the most exciting new developments for tOG Sports that will really help users to take graphics to the next level.

Team Formations
The custom graphic facility of tOG Sports has always allowed users to call up whatever kind of graphic they want from the tOG Sports interface, including full frame graphics.  The team at RT Creative have used this to come up with a way of being able to play out your formation graphic directly from the tOG Sports Interface or Touch Screen.  You can telestrate directly onto the formation and even move players live to show direction of play.  Your tactical experts have complete control, giving your viewers their detailed explanation of tactics.

Setup is easy, just select the two teams playing from the linked database, and drag and drop the players selected into position.  The data can be linked to an external database source if  you already have access, or manually entered. Creating your graphic takes moments, so even if you get the team lists minutes before air, your graphic will be ready.

Record to Disk
Have you ever had a clip on VT or another SDI source that you needed to get in to tOG Sports quickly?  Or wanted to pause, rewind and telestrate on a live source?  Well this has just become a lot easier with the new Record to Disk feature.

You may already be using tOG Sports internal playback feature, allowing you to playback clips from tOG Sport’s internal hard drive if your clip server is in use for other purposes.  Now, you can create the clips on tOG Sports directly.  Simply feed SDI in to tOG Sports and use the crash record feature to encode a clip for immediate playback from.  No more need for third party software to encode, so next time your producer appears with a VT in his hand, you can be ready in moments.

What’s more, the addition of SSD drives, Record to Disk allows you to Pause, Rewind and add graphics to a live source whilst continuing to record in the background.  Fantastic for in game live telestration., you can add graphics to and stacks to exciting parts of action whilst the game is going on all from tOG Sport, you no longer need a constant dedicated channel from your Clip Server.

Advanced Tracking Module
Version 4.5 of tOG Provides new ways to track camera movement, and movement of a competitor quickly and easily without the need for expensive third party tracking equipment. 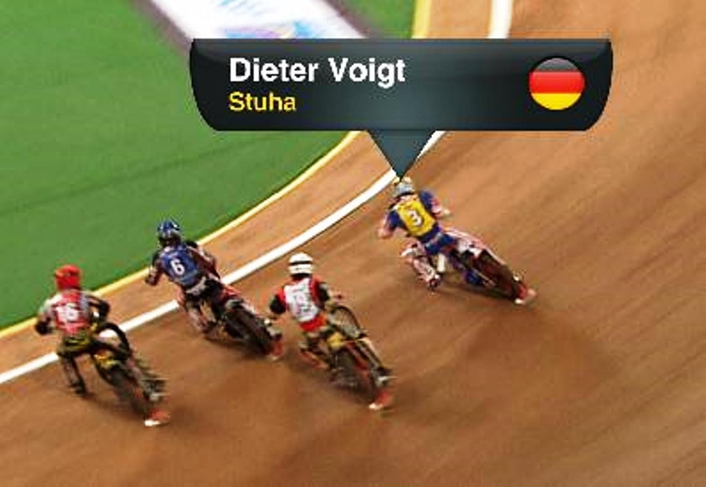 Included in The Advance Tracking Module is 2D track allowing auto key framing so when you add a graphic or caption to a player (the target), the caption will automatically follow as the video plays.  You simply click on the target, play the clip, and the graphic automatically follow.  Manual key framing override is available, so if the target is temporarily lost, being obscured by a foreground object for example, just rewind the clip, and manually key frame only on the section where the target is lost.  You can lay a tracked graphic down in the fraction of the time it would take to manually key frame the whole section.  As well as captions, you can do the same with a magnifier or blur. 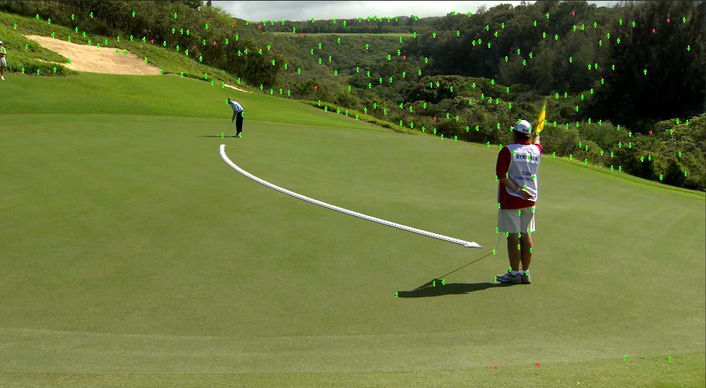 With quick track, this is all done automatically, go to your camera start position, enable Quick Track and play the video, and graphics put on the ground will stay in place even as the camera moves. See the example on golf below.  tOG Sports has automatically identified features in the background video, as the player takes the shot and the Camera pans to follow the ball, tOG Sports will use this features to recognise camera movement and the arrow stays locked in position.