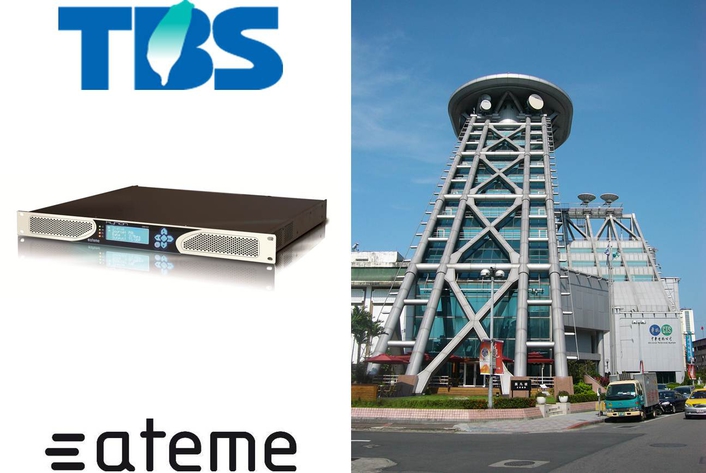 .
ATEME, a world leading provider of video compression solutions, today announced that Taiwan Broadcasting System (TBS), the public and largest free to air broadcaster of the Republic of China, selected ATEME’s Kyrion encoders to rollout HD for digital terrestrial television. This success owes to ATEME’s experience of DVB-T and the unrivalled compression efficiency of the Kyrion MPEG-4 encoders.

“ATEME proposed a very attractive solution for our project” commented Mr Chin-chang Chen, Engineering Manager, TBS. “This is a complex system, for which we need absolute reliability as a public broadcaster, at an affordable cost. ATEME’s solution came on top against all of our selection criteria.”

“We pack one HD MPEG-4 and 3 SD MPEG-2 channels in less than 15 Mbps, and yet the video quality is superb” added Mr. Chao-I Lee, who supervised the deployment of the system at the broadcasting center in Taipei on behalf of the Engineering Department of TBS. “We were also quite impressed with the fast response of ATEME’s support every time we needed their help during launch”.

“We have a very competitive offer for terrestrial broadcasters” said Kim Gravina, APAC Sales Manager, ATEME. “Our ability to deliver top quality systems at a reasonable cost is key to our success, in Taiwan and in other parts of the world.”

About TBS
Founded in 2006, Taiwan Broadcasting System (TBS, Chinese: 台灣公共廣播電視集團) is a Public broadcasting group that holds 8 television channels in Taiwan. It is also the biggest of five major Taiwan Television Networks by owning 2 of them: Chinese Television System and Public Television Service. TBS is playing a key role on the road to digitization in Taiwan.

ATEME Teams up with Sony ...r France Télévisions
Betamobil Comes Back to A...ME for More Contribution
ATEME and Bull Partner for Extreme Performance