French-language television network, Télévision de Radio-Canada, has replaced its tape-based workflow with a file-based system from EVS, the leading provider of live video production systems. The EVS solution, which is being used to produce its popular, long-running talk show, Tout le Monde en Parle, enables Radio-Canada to benefit from the flexibility, efficiency and cost savings of a file-based workflow.

Radio-Canada’s new workflow is based on EVS XT3 and XS servers, which record the camera feeds. EVS’ IPDirector suite of video production management applications controls media ingest, while its XTAccess gateway delivers the media to Radio-Canada’s Avid post-production system. Low-resolution proxies are created for multicam editing, which are then replaced with high-resolution material after the edit is completed. All the EVS servers are installed in a centralized location. While each server is usually dedicated to one studio, any server can be allocated to another studio. This flexibility enables more cameras to be used in any of the studios when needed – for example, for special event and award shows.

“We selected the EVS solution based on the reliability and flexibility of EVS servers, and their ability to integrate seamlessly with various post-production tools, said Pierre Lemieux, director of post-production operations, Radio-Canada. “Like many other television companies in the industry we also needed to reduce our overall assets while being able to produce more content.”

Radio-Canada’s previous tape-based production workflow of the two-and-a-half-hour show consisted of eight ISO cameras that were recorded directly onto HDCAM SR tapes, which were then digitized and transcoded into the appropriate format for its editing suites. The process took around 24-30 hours to complete. With its new EVS workflow, the cameras are recorded onto EVS servers, and the media is delivered to its Avid Interplay system ready for creative operations within two hours of the last interview being recorded. As well as achieving significant time savings, the new workflow also eliminates the cost of tapes. 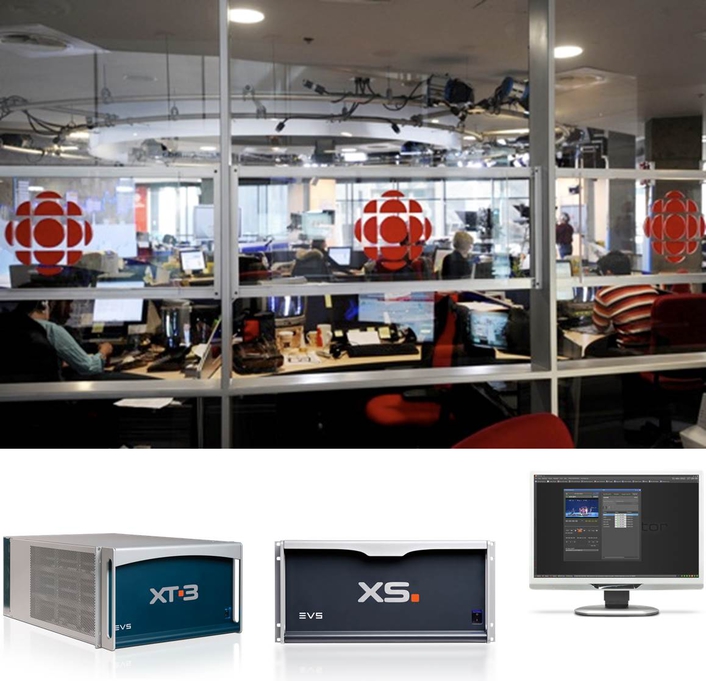 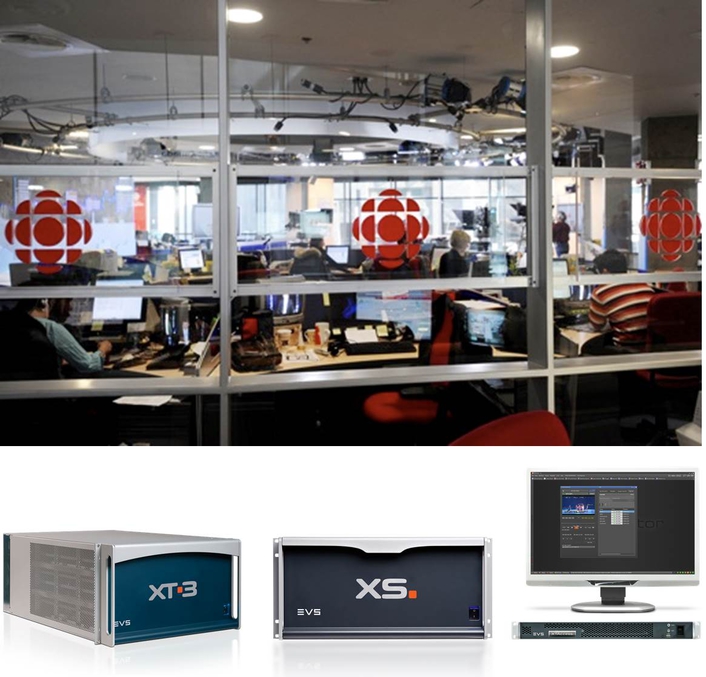 As well as using its studios for its own productions, Radio-Canada also rents its facilities to external production companies. While Radio-Canada uses Avid editing suites, some of its clients take their content away to be edited on Final Cut Pro. The EVS servers’ native multi-codec support makes it easy for Radio-Canada to cater to different clients’ needs.

“The flexibility of EVS servers enables Radio-Canada to adapt to different set-ups and codecs to cater to its own, and its clients’, different production needs,” said Pierre Mestrez, entertainment market specialist at EVS. “By moving to a file-based workflow, Radio-Canada has vastly reduced production times and costs, enabling it to focus its time and resources on enriching its most popular programs like Tout le Monde en Parle.”

Designed for studio applications, EVS’ XS server helps simplify the transition to tapeless production. It can be controlled either by EVS’ IPDirector suite for instant review, selection, or playback of multiple video feeds, or using third-party tools such as automation systems, linear or hybrid editors, switchers and controllers. It makes recorded media instantly and directly available throughout the production network for simultaneous preview, rough editing, archiving, playback or post-production. It supports a wide range of formats and codecs to fit all types of workflows, streamline media transfer and preserve quality.

About EVS
EVS provides its customers with reliable and innovative technology to enable the production of live, enriched video programming, allowing them to work more efficiently and boost their revenue streams. Its industry-leading broadcast and media production systems are used by broadcasters, production companies, post-production facilities, film studios, content owners and archive libraries around the globe. It spans four key markets – Sports, Entertainment, News and Media.

The company is headquartered in Belgium and has offices in Europe, the Middle East, Asia Pacific, and North and Latin America. Approximately 475 EVS professionals from 20 offices are selling its branded products in over 100 countries, and provide customer support globally. EVS is a public company traded on Euronext Brussels: EVS, ISIN: BE0003820371.