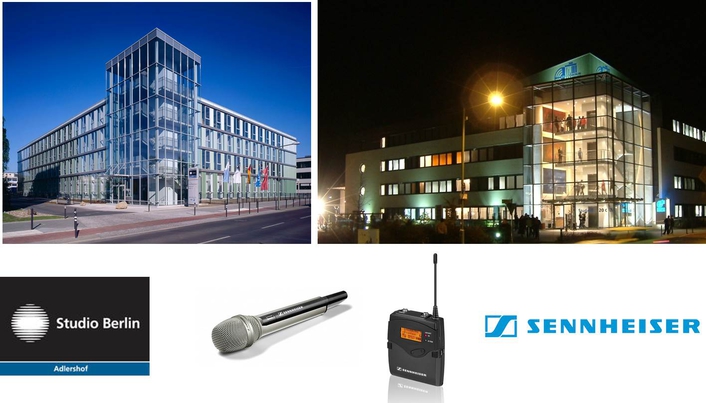 .
With spectrum reallocated under the digital dividend, technical service provider Studio Berlin Adlershof needed to invest in wireless technology that would work on the new frequencies assigned to the users of wireless production equipment in Germany. The natural choice was long-standing partner Sennheiser, which not only offered devices with a large UHF bandwidth but also converted some of the existing wireless equipment to operate in the new spectrum.

Werner Reese, Technical Director of Studio Berlin says: “At our premises in Berlin Adlershof we have an LTE transmitter, which meant that it was no longer possible to operate our existing equipment in the previous frequency ranges. Moreover, our nationwide operations have shown that LTE activity in other cities and regions is causing an increasing number of operating problems.” 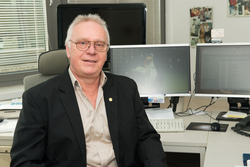 To ensure interference-free transmission, Studio Berlin invested in new equipment and also carried out modifications to its existing systems. Reese explains: “We’re not just talking about microphone links but also talk-back and monitoring links for commentators and musicians.” New purchases include thirty five EM 3732-II, seventy SK 5212-IIs, seventy SKM 5200-IIs and twenty SR 2050 dual-channel transmitters for talk-back purposes and monitoring. The wireless links are available from the logistics department and OB vans can be equipped with whatever equipment they need. So the equipment is not fixed to just one broadcasting van or one studio but can be flexibly allocated to a production thanks to the large switching bandwidth of the systems. Studio Berlin Adlershof GmbH now uses the frequency ranges from 470 to 606 MHz and from 614 to 710 MHz.

Werner Reese comments: “The efficiency of the new equipment is down to the large switching bandwidth of up to 184 MHz. As a result, equipment can be used with great flexibility. We travel throughout the whole of Germany and we can easily adapt to a location’s conditions.”

Converting some of the existing equipment took a great deal of planning, carried out by Kai Bastian from sound technology at Studio Berlin. “We took the equipment and sent it to Sennheiser for conversion without compromising operations. Sennheiser’s support and handling of the process during this time were exceptional. Everything took place exactly according to schedule. For as long as I can remember we have exclusively used Sennheiser products. An important factor in this collaboration is not simply the quality of the products but also the support received from Sennheiser.”

About Sennheiser
The Sennheiser Group, with its headquarters in Wedemark near Hanover, Germany, is one of the world’s leading manufacturers of microphones, headphones and wireless transmission systems. The family-owned company, which was established in 1945, recorded sales of around €531 million euros in 2011. Sennheiser employs more than 2,100 people worldwide, and has manufacturing plants in Germany, Ireland and the USA. The company is represented worldwide by subsidiaries in France, Great Britain, Belgium, the Netherlands, Switzerland and Liechtenstein, Germany, Denmark (Nordic), Russia, Hong Kong, India, Singapore, Japan, China, Canada, Mexico and the USA, as well as by long-term trading partners in many other countries. Also part of the Sennheiser Group are Georg Neumann GmbH, Berlin (studio microphones and monitor loudspeakers), and the joint venture Sennheiser Communications A/S (headsets for PCs, offices and call centres).