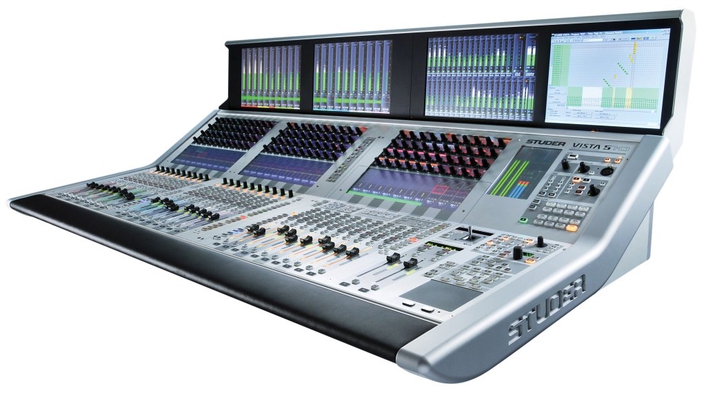 .
HARMAN’s Studer Vista 5 digital audio console continues to meet the needs of broadcasters and live installations thanks to the future-proof upgrade path that the system provides. At ProLight+Sound 2013 the newest version of the desk, the Vista 5 M3, sees the addition of the Studer FaderGlow™ system welcomed by sound engineers on the Vista 9 and more recently Vista 1, and integrated RTW loudness metering as standard, amongst other new features.

Studer FaderGlow allows faders to be color-coded via an led strip alongside the fader to indicate its function or channel identification, such as showing which faders control a subset of an orchestra, or highlighting the fader for a key presenter on a show so it can be instantly accessed. FaderGlow is also used to show additional fader functions such as graphic EQ to faders allowing the 30-band GEQ to be displayed and controlled on the faders. In this instance the faders glow red. 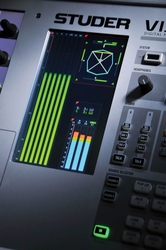 The integral loudness metering is based on the RTW TM7 touchscreen meter and provides a number of international broadcast standard metering types including bargraph, needle PPU and VU displays in addition to various loudness displays.

The Vista 5 can also be used with the new optional Vista FX system which uses Lexicon® PCM96 engines to provide up to 24 effects channels fully integrated into the Vistonics™ channel screens, and with the Vista Compact Remote to provide not only remote control facilities but also desk redundancy.

Another new software update for the Vista series including the Vista 5 M3 is VistaMix, automatic microphone mixing for games, talk shows and discussion panels. This highly intuitive system uses a clever gain sharing system to provide an optimum automatic mix that minimizes background noise and spill without losing the start of words in a fast paced unscripted production.

Other new functionality in the Vista 5M3 includes new channel metering, touchpad GC control, enhanced networking facilities and a parallel MADI/Cat5 interface for the monitoring links to the DSP core. 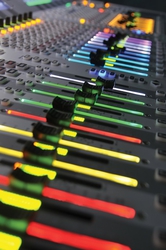 The Vista 5 M3 becomes even more of a central system controller with these upgrades, thanks to the integral audio router capabilities and control interface possibilities with video switchers via the ProBel protocol, and newsroom automation systems using the EMBER protocol.