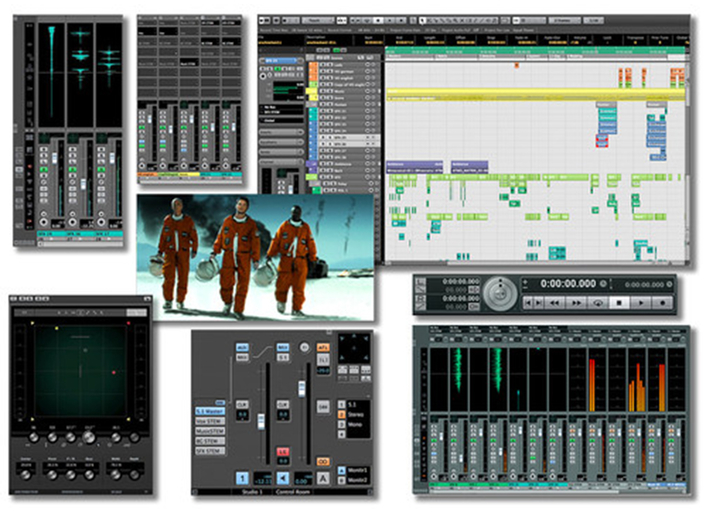 Steinberg Nuendo 5
Launched amid the 19-date Nuendo 5 World Tour across 14 countries, Nuendo 5 represents a new state-of-the-art production environment tailored to top-flight production studios in post production, live recording and audio production. The wealth of new features includes an ADR toolset, new sound design features such as the unique Clip Packages system, new plug-ins as well as a range of mixing, routing and automation enhancements. Supporting Mac OS X 10.5 and 10.6 as well as Windows 7, Vista and XP, Nuendo 5 will be available from authorized Steinberg dealers from June 2010.

“This is a landmark release for Nuendo, introducing extremely valuable new functionality to what is probably the premiere native production platform for post, live and audio production,” comments Timo Wildenhain, Steinberg’s Product Marketing Manager for Nuendo. “These days, efficiency, stability and speed in everyday tasks are absolutely critical, as is the ability to adapt software to changing needs and situations. These goals are exactly what Nuendo 5 has been designed to achieve, and have contributed to the overwhelmingly enthusiastic feedback from the first shows on the Nuendo 5 World Tour, which has been amazing so far,” Wildenhain adds.

Among the new features presented in Nuendo 5 is a new ADR toolset engineered for audio post, providing new capabilities for spotting including advanced take- and marker handling, EDL import, a new video engine and much more. Clip Packages have been designed specifically for sound editors as a new way of organizing and handling audio as clusters of files across multiple tracks that can be archived, previewed and retrieved almost instantly using the upgraded Nuendo 5 MediaBay. Enhanced mixing features in Nuendo 5 include further developments on the industry-leading Nuendo automation system as well as direct routing with multiple destinations. A new plug-in set with the next-generation Surround Panner and a surround bus Patch Editor further add to the advanced feature set for surround that have been the hallmark of the Nuendo audio engine since its inception. Numerous other additions in Nuendo 5 include a waveform display in the Nuendo mixer, improved compatibility with Pro Tools audio files and automated Batch Export functions.

Steinberg is known the world over for its audio software and hardware solutions. The company has been developing, manufacturing and selling innovative products for musicians and producers in the music, film, post production, and multimedia industries since 1984. Steinberg products are used by Grammy® and Oscar® award winning composers, engineers, and producers. The company also offers business customers license management and copy protection systems.