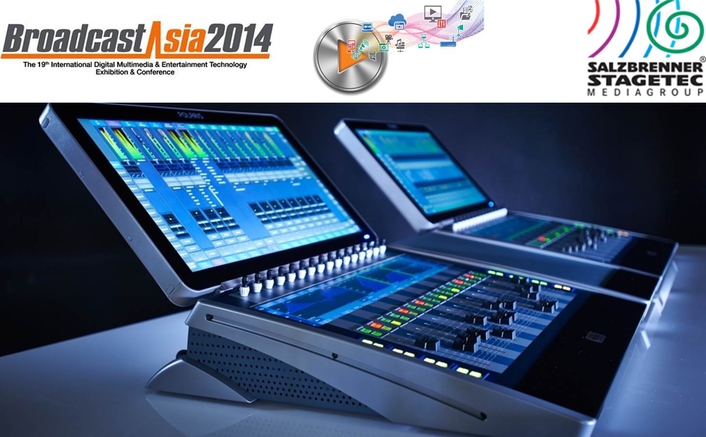 New Products and 10th Anniversary: STAGETEC Asia has many reasons to celebrate
SALZBRENNER STAGETEC MEDIAGROUP SDN BHD, widely known as STAGETEC Asia uses the Broadcast Asia show for several celebrations. “We are proud to announce the 10th anniversary of STAGETEC Asia” states David Chan, CEO in Kuala Lumpur, Malaysia. “In the last ten years we supported the Southeast Asian and Pacific regions with our sophisticated digital audio and communication products. With the Media Academy we also incorporated a trainings centre for digital audio in broadcast and theatre”, Chan continued.

Besides this anniversary, the show also marks the launch of a great many new products: 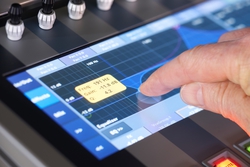 POLARIS evolution, the first fully personalised network mixing console, debuts in Asia. All components of this new mixing system are connected via a standard Ethernet network and recombined with each other for every mixing project. POLARIS evolution consists of three main components, namely the control surface POLARIS access, the multi-user capable audio processor POLARIS scala, and the touch-screen upgrade POLARIS view. Almost any number of these modules can be combined within an IP network, irrespective of physical location, and can also be used in parallel simultaneously for different mixing projects. 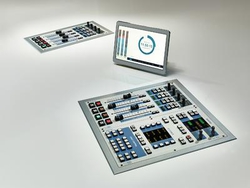 Another new mixing system presented in Asia for the very first time is the ON AIR flex. The thing that makes ON AIR flex unique is that its audio processing, user interface elements and control intelligence are strictly separate components. By separating the control component the mixer logic becomes freely configurable and available to all. With the help of the specially developed and easy-to-learn configuration software MapCfg, the entire mixing console configuration can be defined.

The third mixing console on display is the well-knows CRESCENDO which offers manifold features with small footprint.
STAGETEC, the digital mixing console and audio router expert, introduces with NEXUS XRT the new audio router reference with a routing capacity of 8k on a single card. A true routing giant for more than 8 000 channels of audio, it takes the NEXUS routing decentralisation concept to an even higher level than before. This increases the packing density of the already very compact NEXUS. 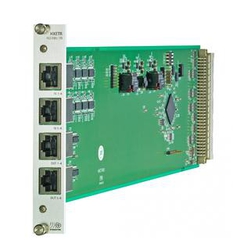 STAGETEC also supplements its range of digital audio interfaces with the introduction of two new AES/EBU boards. In contrast to the previous AES/EBU boards, the new cards combine inputs and outputs on one board. This new approach reduces the number of boards needed, particularly in smaller installations where only a few AES/EBU interfaces are required.

Besides mixing and routing, also the communication technology is a major field for STAGETEC Asia. DELEC, the intercom and commentary systems specialist, uses the Broadcast Asia for introducing the oratis compact product family in the Asian market. The oratis compact hardware is remarkably condensed and fits into a 19" chassis just 1 U high; the CS 0800 variant even fits into a unit just half a rack wide. oratis compact is supplied with a fixed port configuration, thus complementing the highly modular and adaptable main oratis product line. It is shown with the optional Dante module to interface to IP networks.

Visit STAGETEC Asia at the Broadcast Asia at booth no. 5E6-01