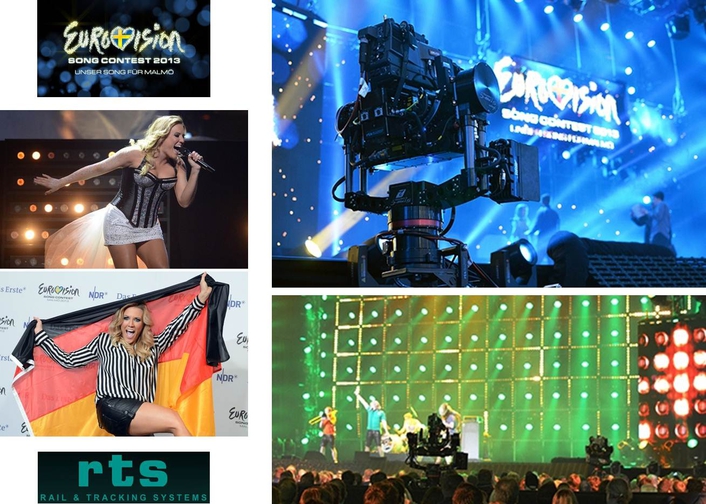 .
"Unser Song für Malmö" was the title of the German national final this year, and now the German TV viewers have indeed found their Eurovision entry. In a spectacular show, presented by the host of the 2011 Eurovision Song Contest, Anke Engelke, Cascada was in the end chosen to be the German representative!

When 12 Germany candidates gave their eyeteeth performing on stage for the election of „Our song for Malmø“ in the TUI Arena in Hannover February 15th, two specialized tracking systems provided by RTS Rail&Tracking Systems kept completely calm. 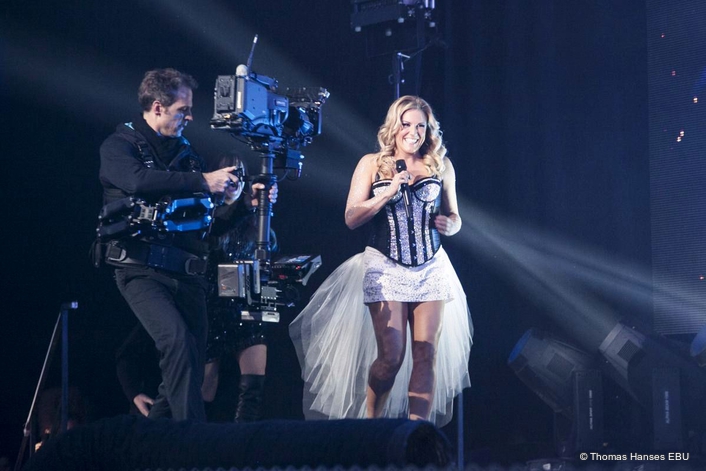 This was due to the two fully stabilized Nettmann Stab-C Compact remoteheads. Whereas one of the system was mounted on a RTS Liftarm running on 24 meters Trackrunner precision tracks directly in front of the stage, a second Stab-C Compact on a telescoping SuperTower 6, running smoothly on tracks through the theater style, delivered also perfectly balanced and vibration-free shots. 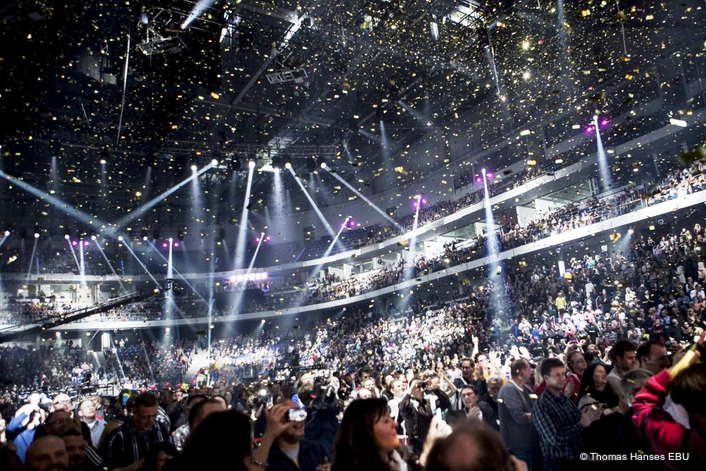 This ultra ruggedized system, which is silent in operation, provides stable images elimination motion artifacts from pan, tilt and roll throughout a 500 mm lens, whereas the third axis (roll) is also stabilized steerable. The Stab-C Compacts and all ist features are fully controllable via RF (Advanced Data Link), the system is HD and Fiber Optic ready. Mounted on the RTS Trackrunner It was used for many notable national and international events. Also in combination with the RTS SpeedWinch system the Stab-C Compact is an ideal partner for live shows such as the latest ESC Eurovision Song Contest taking place in Baku last year.