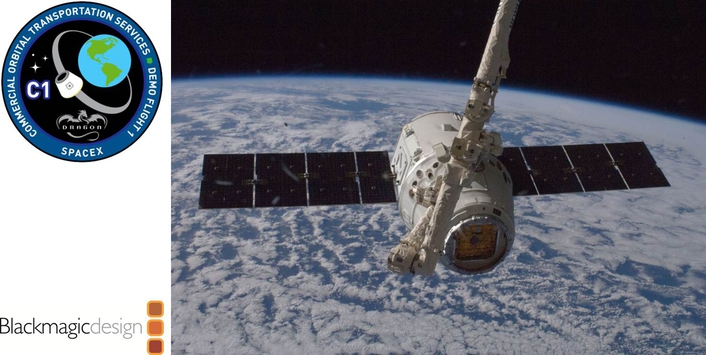 The October 7 launch of the SpaceX Dragon spacecraft, which was the first official commercial cargo resupply mission for NASA, was one of the most exciting developments in space travel in decades. In May of this year, SpaceX was the first private company to send a spacecraft to the space station, a feat that only five governments have ever accomplished.

As part of the recent mission, SpaceX created an infrastructure to broadcast live feeds of the launch, docking and reentry. These feeds were shown on SpaceX’s website and through live feeds to some of the world’s largest news sources.

About ATEM Production Switcher
sEmpower live creativity with the new ATEM Production Switchers! For the first time extremely powerful broadcast grade features, incredibly small size and low cost have been designed in a live production switcher! ATEM Production Switchers include 4 upstream keyers each with independent chroma, shaped and linear keying, 2 downstream keyers, stinger effects, graphic wipes, media players for stills and clips and a built in DVE for amazing DVE transitions or key repositioning. For portable use, the built in Multi View showing all cameras, preview and program can be viewed on a single SDI or HDMI monitor. 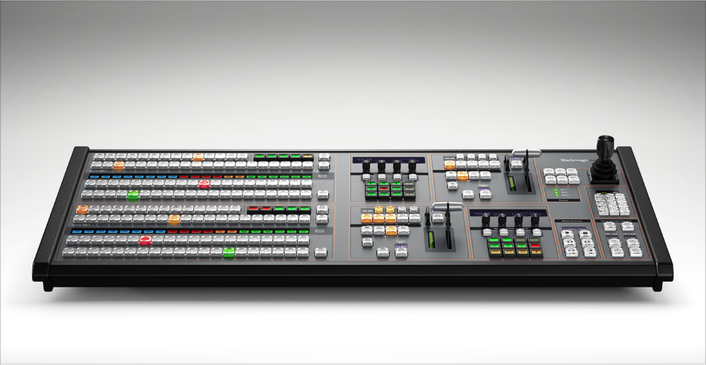 ATEM also includes loads of HDMI and SDI inputs allowing professional SDI cameras as well as consumer HDMI cameras and computers to be connected. Only ATEM allows low cost HDMI consumer cameras in a professional switcher so it's easy for customers starting out in live production! ATEM includes a free software control panel and media pool management software for Mac OS X and Windows 7. ATEM is sold independently of the hardware control panel allowing lower initial cost and greater customization. ATEM retails for only US$2,495.