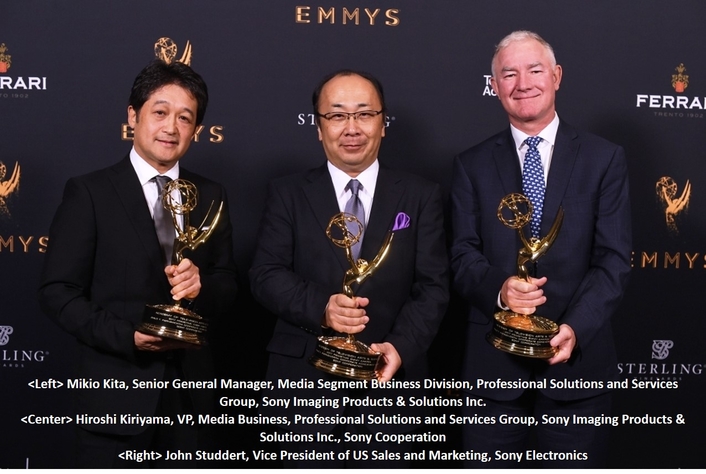 Since its establishment in 2003, the award has been presented to companies and organizations whose contributions over time have had a substantial impact on television technology and engineering in the broadcasting industry.

The Television Academy recognised that Sony Corporation's contributions in technology, content and services have significantly influenced all areas of television production.   Today Sony is a major supplier of professional equipment in virtually every type of television production including scripted/unscripted entertainment, news gathering and sports coverage.

“We are honored to receive this award knowing that Sony’s longstanding contribution to the broadcasting industry was notably recognized,” said by Hiroshi Kiriyama, VP, Media Business, Professional Solutions and Services Group, Sony Corporation. “The history of VTR development in Sony began with U-matic, Betacam to HDCAM-SR, and our accumulated technology and knowhow inherited to optical disc era. Digitalization, higher resolution, video compression and transmission technologies have also led to various engineering evolutions and have played important roles in history.  However not a single innovation was achieved by Sony alone, but through expectations, ideas and suggestions received from many customers. Sony's history of technology development is also the history of Sony learning from its customers. Given this opportunity, we would like to again express our sincere appreciation to all of our customers”.

Sony continues exceeding the evolving needs of the industry and is committed to provide technology, products, services and solutions to attain both contents value and workflow efficiency.