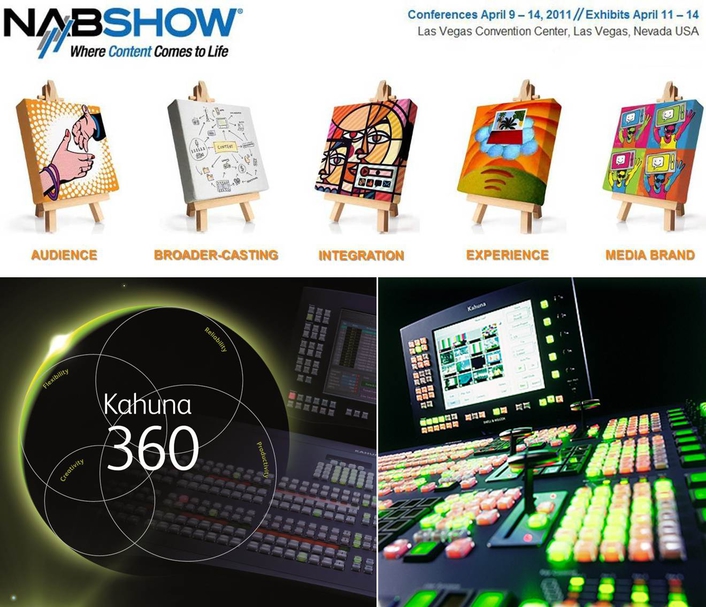 Snell is a leading innovator in digital media technology
Today's broadcast and media facilities require smart, adaptable, and straightforward solutions as they transition to digital, HDTV, and 3Gbps operations, and as they seek to deliver content to a variety of platforms in direct response to consumer demand. With these needs in mind, Snell will showcase a variety of new and enhanced products at the 2011 NAB Show that enable greater automation and more flexible media handling in live production, playout, infrastructure, media restoration, and transformation environments.

At the 2011 NAB Show, Snell will further expand its IQ Modular 3G product line by launching a new video and audio processing platform. This compact, highly integrated processing engine enables flexible signal handling and, in space-constrained applications, can serve as an advanced audio processing solution. Snell also will introduce a new range of fiber optic interfacing modules that combine electrical-to-optical conversion with critical processing functions such as video synchronizing. These space-saving IQ integrated fiber solutions free users from the limitations of copper infrastructure and enable them to work with both coax and fiber in planning cost-effective HD expansion and 3Gbps (1080p) signal delivery.

At the 2011 NAB Show Snell is launching a major upgrade to its IT-based playout system, ICE. The new release incorporates a host of new capabilities making ICE the most fully featured product of its kind. ICE is also now available in a range of turnkey packages, providing complete playout solutions that are simple to install, with extremely low deployment costs.

The new timeline controller adds scene-by-scene restoration control to Snell's Archangel Ph.C – HD real-time film and video restoration system. In addition to real-time restoration processing, the timeline controller allows users to apply processing on a scene-by-scene basis, rather than to all parts of the sequence equally, and to change filter parameters on the fly rather than at breaks in processing. As a result, the user can selectively increase or decrease the amount of processing applied to the content depending on the defects present in each scene.

The Kahuna 360 production switcher platform breaks away from the tradition of fixed M/Es, fixed resources, and fixed formats while supporting 16 simultaneous broadcast productions and a mixture of SD, HD, and 1080p in a single mainframe. Kahuna 360 has up to six M/Es and seven keyers per M/E, as well as a sophisticated 3D DVE package. Snell also has equipped Kahuna 360 with the company's Make M/E technology, which makes it easy for the operator to leverage available mixer power and create a tailor-made M/E — selecting inputs, keyers, stores, DVE, and outputs — for a specific output requirement and, as a result, free up resources to users for other productions.

Source Safe is new for Kahuna 360 at the 2011 NAB Show. This technology automatically senses a signal on an input and sets up the correct processing for that signal without the need for operator intervention. With this capability, the system can detect the source format of signals coming through the plant to production and ensure that they can be brought smoothly into the workflow. Also new is the Galaxy Event List, which works with Kahuna's third-party device control protocols to enable automation of mundane tasks, in turn giving operators more time to concentrate on the creative side of the production. When, for example, a program genre has a particular look and feel requiring a set series of repetitive operator interventions, Galaxy Event List operators can easily create an event list in advance. 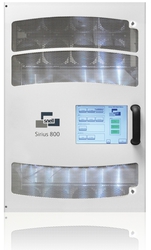 The 2011 NAB Show will see the U.S. launch of the Sirius 830 — the latest in the company's acclaimed Sirius 800 series of large-scale, multi-format expandable routers. The 15RU Sirius 830 offers a more compact 288 x 288 frame size for mid- to large-scale studio or OB productions, with the ability to add an additional 140 independently controllable outputs for connection to any Snell or third-party multiviewer solution. Like all routers in the Sirius 800 family, the Sirius 830 features high-performance modules for flexible routing of SD, HD, ASI, and 3Gbps signals as standard. The intuitive touch-screen interface on the router's front panel allows quick and easy access to a comprehensive range of status and diagnostic information, and Snell's unique Catsii™ technology provides immediate indication of router input and output status.

Snell will also show its recently launched MV-Series of multiviewers at the 2011 NAB Show. Designed for a range of applications including control rooms, studios, and OB trucks, the MV-Series offers users highly versatile and configurable viewing capabilities. The system accepts up to 64 video inputs, in a range of analog and digital formats including 1080p, which are complemented by powerful audio metering and monitoring of up to 16 channels per tile. Other audio monitoring enhancements include the ability to monitor discrete AES, analog audio, or Dolby® AC3 inputs. Snell's Centra control system offers a flexible control environment for the MV-Series and routing, allowing router control and MV layout recalls and alarms on a single user-configurable GUI.

First launched at IBC2010, Snell's Centra control and monitoring platform will make its 2011 NAB Show debut as Centra V.1. Providing integrated, scalable control and monitoring, Centra V.1 offers a variety of new features that simplify use and further unify control and monitoring across all media operations. The system extends support for Snell products including the MV-Series of multiviewers, as well as more third-party control protocols to further expand its reach. New tools have also been incorporated, including wizards for router configuration, that speed and simplify installation of routing and modular installations.

Centra is easy to understand and use, thanks to an intuitive graphical user interface that is complemented by new features including a salvo snapshot, graphical editing of tie-lines, and a variety of drawing and navigation widgets. Additional enhancements include enriched SNMP agents for routing and the rules service, automatic non-numeric key sequence generation, run-mode zoom and scroll capabilities, and enhanced dynamic metadata provision. Snell's RollMechanic V.2, also being launched at the 2011 NAB Show, is now available within the Centra environment. This release of the Snell network manager performs batch operations and supports cloning, the latter ensuring that once a setup is configured, it can be copied and easily relayed to all other boards for fast facility-wide updates.