Skywalker-Systems at the Eurovision Song Contest 2014

Visual overlays were used in the motion controlled shots to provide even more stunning looks during the broadcast of this amazing production. 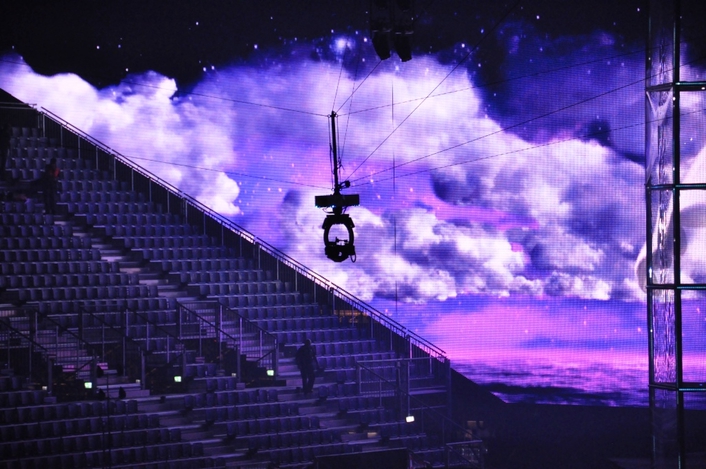 In numbers:
-> During rehearsal and shows, we were flying over 300 Kilometers with the 2 systems.
-> In the 3 live shows we had around 350 shots of which 90% where already preprogrammed to the precision of a centimeter
-> A total amount of 2000 meters of rope were moving through the venue while both rigs were flying into action!

We had an amazing time with a great organized production, fantastic Danish camera operators at our side and a wonderful director who was always on top of the situation!

Comments:
Per Zachariassen (Director ESC 2014)
“I have never experienced such a professional and hardworking team as the Skywalker team during the ESC 2014. Thewirecam system was very reliable, precise and stable, which gave us great shots and raised the bar for future high-end television shows.”

DoP Jesper Hvenegaard (2D camera operator):
“We did set a new standard for the way of using wirecams, and how it’s supposed to look in television!” 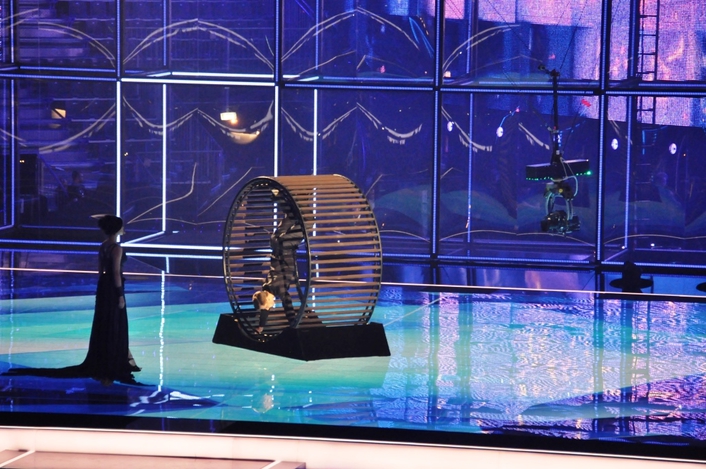