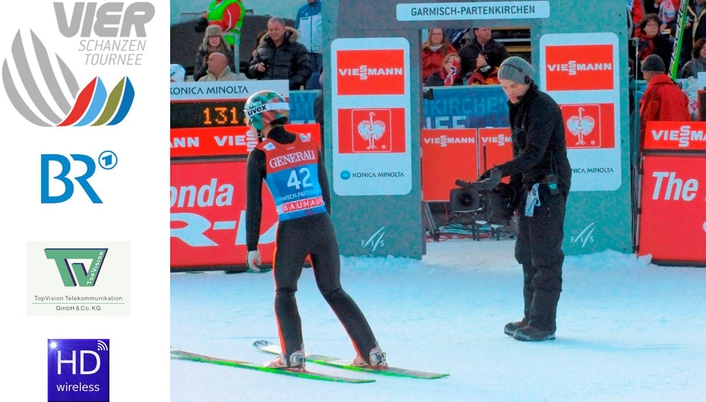 .
During the 61st New Year's Four Hills Tournament from Garmisch-Partenkirchen HDwireless transferred the signals of six Sony HDC cameras from the ground and from the air wirelessly to TopVision's HD OBVan Ü4. Host Broadcaster Bayerischer Rundfunk had engaged the Berlin based OBVan company to support production.

HDwireless was responsible for the technical design and implementation of the wireless part of the live production of the ski jumping event in Garmisch-Partenkirchen. The company used six mobile cameras: a Sony HDC-1500, a HDC-P1 and four HDC-2400. While the HDC-1500 was attached to a helicopter to transmit stadium shots, the other cameras provided images directly from the ski jumping hill, the service area, the springer camp, the landing area in the arena, and at the request of the director different shots of the spectators in the event area.

For the wireless transmission HDwireless had setup a cellular ASI network with central receiving points from where the signal arrived at Topvision's HD OBVan via a fiber cable. Specially assigned radio frequencies by the Federal Network Agency protected the system against interference.

A technical novelty of the wireless transmission were the four Sony HDC-2400. HDwireless had transfered the cameras by using Vislink RF modules to "SonyHDwirelessCams". Presented at NAB 2012 as a prototype, HDwireless had developed together with Sony, Vislink and other partners an efficient transmission technology including telemetry control reflecting the current state of technology. The highlight: By exchanging the side panel the Sony HDC-2400 can be converted from a fiber optic camera to a wireless camera within minutes. This adds additional flexibility to the camera. The side docking of the RF module brings weight savings of aproximatly one kilo compared to conventional solutions. The compact design of this wireless camera makes is perfect for handheld and Steadicam use. With a data rate of up to 40 Mbps, the solution achieves a latency of 60 ms and provides full RCP control and Ethernet integration. 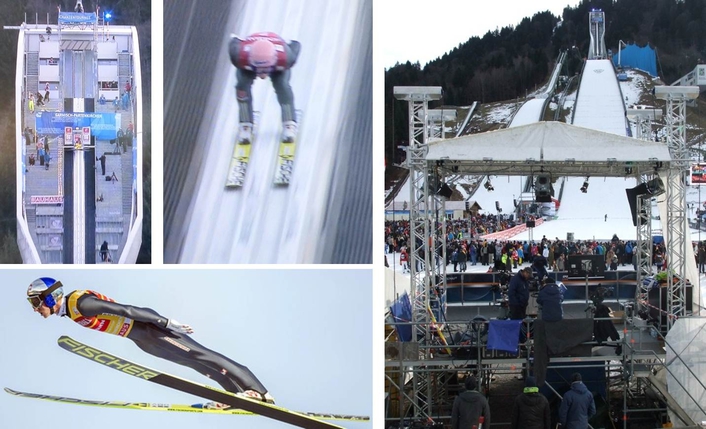 "Without the wireless system many shots would not have been possible or only could have been achieved with great difficulties," says Patrick Nussbaum, CEO of HDwireless. "Working without cables opens many new creative possibilities for camera crews and directors during a live production."