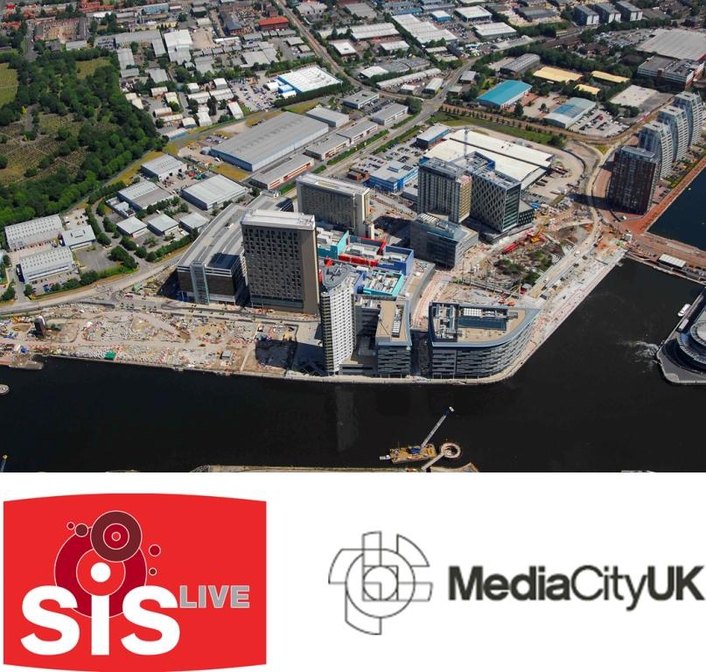 With over 850 staff, SIS is the foremost supplier of television programming and data services to the UK and Ireland betting industry. It is also one of Europe’s largest outside broadcast and satellite news gathering companies, providing thousands of hours of news, sports and entertainment coverage each year.  SIS will join BBC North and the University of Salford as key occupiers of the 36-acre media community.

In order to achieve its future growth plans, SIS will expand its operation by taking on new and additional space in the MediaCityUK development, alongside further development of its facilities at Milton Keynes.

The plan will involve relocating the company’s production and engineering facilities from its offices in Corsham Street, London N1, a site that SIS has occupied since it was formed in 1986 when the UK satellite TV industry was still in its infancy. SIS will take a minimum of 25,000 sq ft of space within one of the studio towers at MediaCityUK and expects to have in excess of 100 staff working in Salford.

MediaCityUK aims to become the largest purpose-built media and creative hub in Europe over the next ten years. The BBC, whose search for a new northern base was the genesis for the project, is set to move nearly 2,500 staff to MediaCity in 2011, including BBC Breakfast and five departments currently based in London (Radio 5 Live, Children’s, Sport, Learning and Future Media and Technology). In addition, the University of Salford will open a new higher education centre at MediaCityUK next year, housing 1,700 students and staff.

Commenting on the move, David Holdgate, Chief Executive of SIS, said: “The MediaCityUK development at Salford Quays represents a fantastic opportunity for SIS and our staff to be based in what will become the television centre of the UK. As well as co-locating with some key clients, including the BBC, we’ll have the advantage of purpose built premises.”

Bryan Gray, Chairman of Peel Media, developers and owners of MediaCityUK, added: “We are delighted that SIS has taken the strategic decision to relocate its London operation to MediaCityUK. The company has a first class reputation within the broadcasting industry, and the experience and expertise of SIS staff will be a key component in what MediaCityUK has to offer. We look forward to working closely together."

MediaCityUK is a long-term development for the creative and digital industries situated on a huge waterfront site at Salford Quays, just a few minutes from central Manchester. The first phase is spread over 36 acres but there is the potential to utilise the entire site of 200 acres over the next decade.MediaCityUK is being developed and managed by Peel Media, a division of the Peel Group, one of the leading property and transport companies in the UK, with an asset value in excess of £5 billion. In total, Peel Media’s investment in phase one of MediaCityUK will amount to over £500 million.

SIS is one of the world’s leading companies in the television broadcasting industry. It is the foremost supplier of television programming and data services to the UK and Ireland betting industry. The company’s broadcast business, SIS LIVE, has the largest satellite uplink fleet in Europe and is the largest outside broadcast provider in the UK.