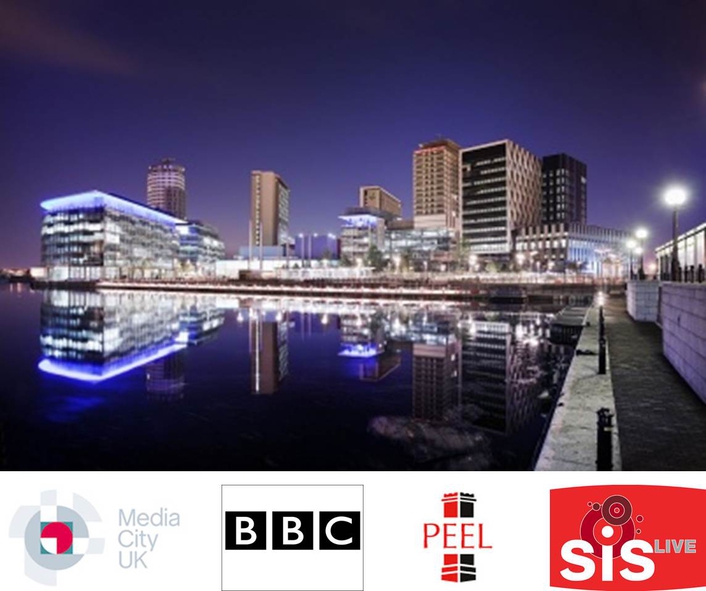 The BBC is set to move nearly 2,300 staff to MediaCity in 2011
SIS and Peel Media, owners of MediaCityUK, have today announced a major new joint venture to deliver an enhanced range of production and technical services to the BBC when it moves to the new site next year.

The 10year agreement with the BBC will see SIS and Peel Media form a new company to run MediaCityUK’s state-of-the-art studio facilities, including postproduction, content and technical services, as well as manage all connectivity.

Harnessing SIS’s industry leading knowledge and experience in broadcasting, Peel Media has been able to increase the breadth and quality of the services on offer to clients at the Salford Quays site.

SIS has demonstrated its determination to being at the heart of this exciting new venture by beginning the process of relocating its production and engineering operation, involving approximately 100 staff, from its headquarters in London.

The joint team will also work with the BBC, Salford University and other media partners to develop new technologies and services and help deliver MediaCityUK’s vision of becoming a world class hub for content creation.

The BBC, whose search for a new northern base was the genesis for the project, is set to move nearly 2,300 staff to MediaCity in 2011, including five departments currently based in London (Radio 5 Live, Children’s, Sport, Learning and Future Media and Technology). BBC Breakfast will also be broadcast from MediaCityUK by Easter 2012.

David Holdgate, Chief Executive, SIS, said: “I am delighted to finalise this agreement and confirm our involvement in running the fantastic new facilities at MediaCityUK, both for the BBC and other users.

Bryan Gray, Chairman of Peel Media, said: ‘We are delighted to have reached agreement with the BBC and SIS on the provision of a wider range of services at MediaCityUK. Our studios will be up and running from January and we look forward to creating a radical new environment for leading companies, such as the BBC, to share in the benefits.’