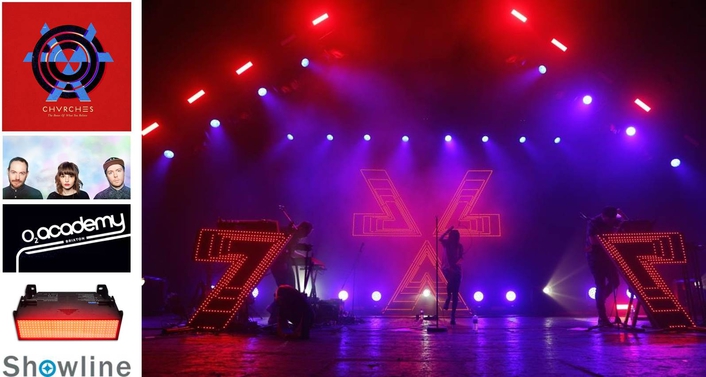 As the Scottish electro-pop trio has only played four dates in the UK since forming two years ago, they wanted to make sure the Brixton show was as audience captivating as possible. To that end, Oliver specified 17 of the Showline strobes from HSL to bring more than one strong look to his design. 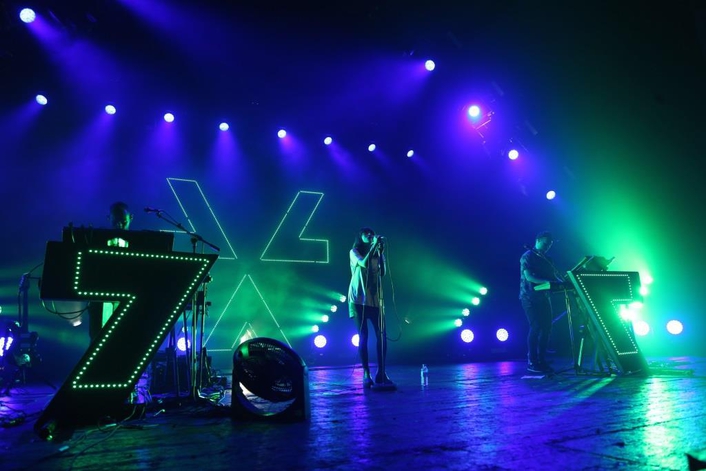 "I chose the SL NITRO 510C because of its fantastic colour mixing capabilities," explains Oliver. "I have wanted to move on from the previous strobes we were using for some time and the SL NITRO 510C is a great LED fixture - it was perfect for the stabbing strobe effects during the show. I also used it as a wash at varying points throughout." 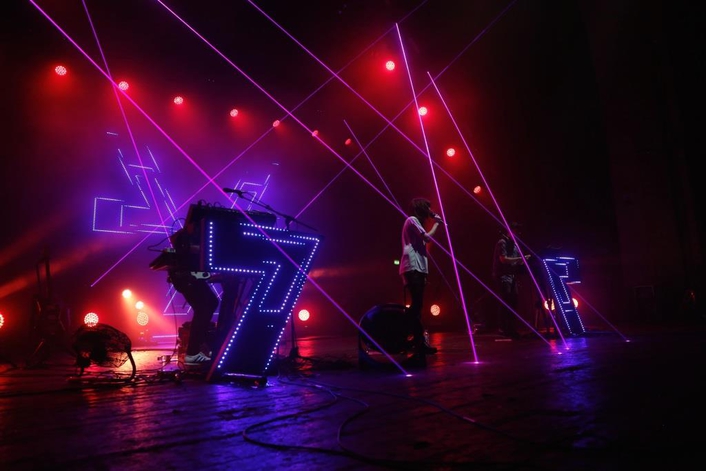 Oliver's design is centred on a large V shaped set piece, which comes from the album artwork by Amy Burrows, and has become synonymous with the band itself. He has angled the lights in order to draw the audience's eye in to this focal point, and every look further enhances this.

"We rigged ten of the Showline strobes in the air on the two angled mid stage trusses and seven on the floor," continues Oliver. "The flown units were rigged on the top chord pointing directly down at the stage with a 5 degree angle. The floor units were used as backlight, all pointing towards the performers on stage."

The SL NITRO 510C strobes have six unique zones of control, allowing ultimate flexibility. For Chvrches, Oliver chose to use the strobes in their individual zone mode. 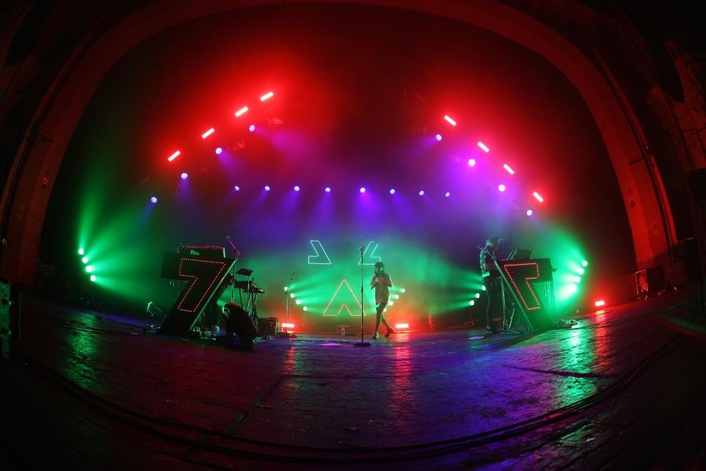 "In their single zone mode, the SL NITRO 510Cs use a fraction of the power compared to our previous strobes and double up as a wash unit which is fantastic."

Chvrches' live shows continued throughout November with dates across Asia.