Showline Parties with Katy B 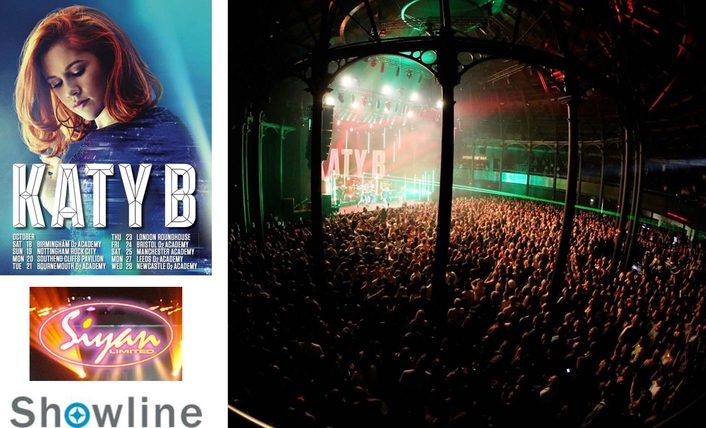 Campbell, who was touring a floor package and augmenting his design with venue house rigs, was looking for fixtures that could bring more than one strong look to his design: "I wanted a really clubby vibe with lots of opportunity for strong, colorful high-contrast moments," explains Campbell. "I'm using the SL NITRO 510C strobes as block color strobing and super-bright backlight wash effects. Both looks deliver a really striking feel."

"They're incredibly bright and designers seem to love them as they offer a new dimension in dynamic strobing," adds Jez Johnson, Siyan's project manager for the tour. "The six separate zones in each fixture plus the fact that they connect so easily together means designers can create some really dynamic and very bright, fast moving graphics, something that was never possible with traditional strobe lighting." 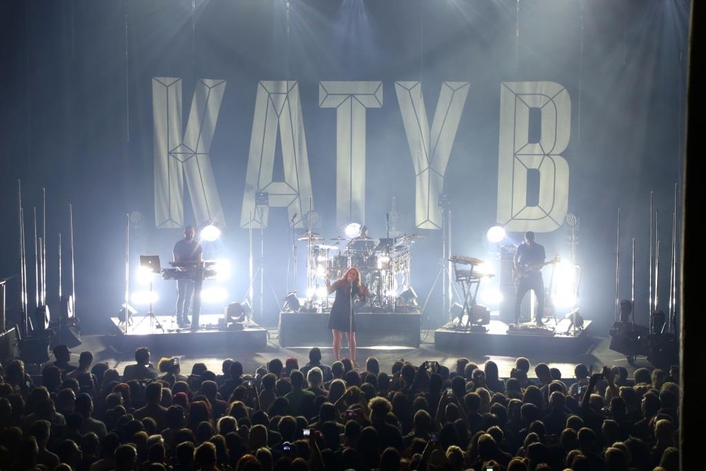 "The really cool thing with the SL NITRO 510C fixtures is that you can also create a fantastic stop frame animation effect which looks amazing," adds Campbell. "I love them and will definitely be specifying them again."

The SL NITRO 510C is a an RGB & W LED strobe luminaire capable of delivering intense bursts of colored and white light plus a wealth of dynamic effects. Each fixture has a tightly packed array of 264 high power fixed white LEDs and 264 RGB LEDs enabling both the traditional white effects plus an almost infinite choice of color. The six unique zones alongside some unique built in chases plus incredibly bright output means the SL NITRO 510C rivals conventional fixed white strobes and provides designers with a new dimension in dynamic looks onstage or into the audience.