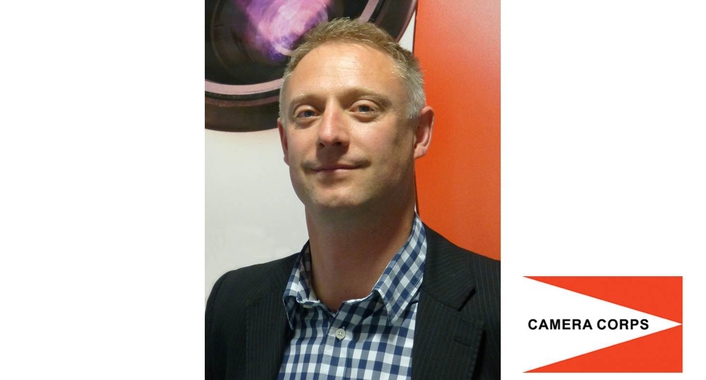 .
Camera Corps (a Vitec Group company) announces a major addition to its management team with the appointment of Shaun Glanville as Business Development Director. He joins the company as of 15 July from London-based Supponor Inc where he was Head of Broadcast Technology.

"Shaun brings exactly the right combination of focus and dynamism we are looking for as we progress our broadcast production support, equipment rental and product design activity," says Camera Corps founder and Managing Director Laurie Frost. "He has an excellent understanding of the broadcast business and the specific challenges faced in televising large-scale live stage and sports events."

"Camera Corps is a world leader in compact remote camera control technology," Shaun Glanville adds. "It has the equipment and experienced personnel required to support any indoor or outdoor television production, regardless of scale, plus the technical resources to design and manufacture devices to match new or unusual demands. I look forward to working alongside the Camera Corps rental, production-support and equipment development staff, and their colleagues within the Vitec Group, to expand the company's reach and the breadth of its activity."

A Vitec Group company, Camera Corps specialises in providing high-volume support services for reality television programmes as well as very large-scale sports and stage events. Based on the site of the former Brooklands motor-racing circuit near London’s Heathrow airport, Camera Corps has achieved a pre-eminent reputation for its ability to acquire exciting and unusual television content from exceptionally challenging environments.