Sennheiser Raises the Bar for Wireless Transmission at CMA Awards 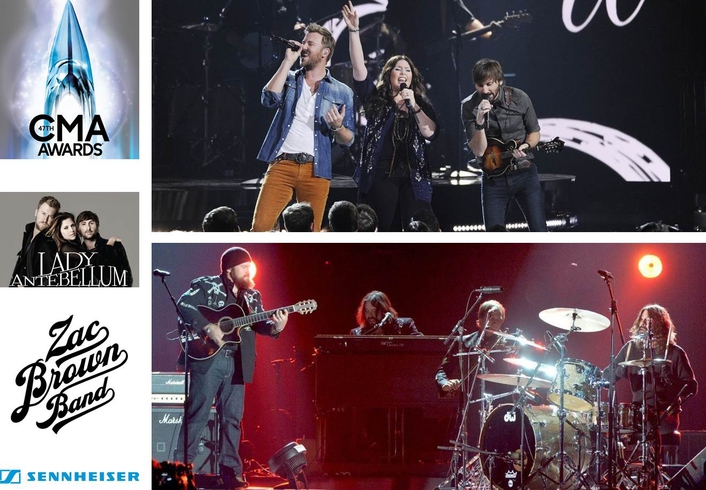 .
At the 47th Annual Country Music Association (CMA) Awards, held at Nashville’s Bridgestone Arena on November 6, Sennheiser’s Digital 9000 wireless system helped usher in a new era of digital wireless in live sound production as superstars The Zac Brown Band and Lady Antebellum delivered ‘magical’ performances to an audience of millions of viewers around the world.

In addition to the performances by The Zac Brown Band and Lady Antebellum, this year’s CMA Awards featured Taylor Swift and Jennifer Nettles, who used Sennheiser SKM 5200-II handheld transmitters coupled with MD 5235 microphone capsules; Miranda Lambert (winner of “Female Vocalist of the Year”) and Blake Shelton (winner of “Album of the Year” and “Male Vocalist of the Year”), both of whom sang through Sennheiser SKM 2000 transmitters with MD 935-1 capsules; and Kenny Rogers, who used a Sennheiser SKM 5200-II transmitter in combination with a Neumann KK 105-S capsule. Hosts spoke through SKM 5200-II handhelds with KK 105-S capsules for the duration of the program. 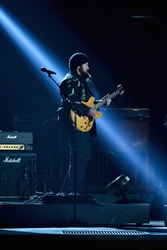 From an RF perspective, the show presented a daunting challenge: “We had 200 frequencies we were dealing with – this is a formidable number of radio frequencies in any environment, especially when everything is in UHF,” says James Stoffo, RF coordinator of the CMA Awards. “We ended up using several channels of the Sennheiser Digital 9000 in performances by both Lady Antebellum and The Zac Brown Band and it performed flawlessly.” Sennheiser Global Relations played a key role in facilitating equipment and support for the performance, which not only included wireless systems but also dozens of wired and wireless microphones used throughout the CMA Awards. “Our flagship Digital 9000 system is designed to deliver uncompromising audio with maximum RF flexibility for today’s challenging RF enviroments,” said Kristy Jo Winkler, Global Relations Manager, Americas. “When James Stoffo, one of the industry’s foremost RF consultants, said he would use it on the show, we were especially delighted. Refining technology and partnering with audio professionals to help make the event a seamless experience for engineers and artists is our priority.“

Sennheiser Digital 9000: the future of wireless is here
Stoffo, who has been navigating challenging wireless terrain in top awards shows, sporting events and large corporate events for more than 30 years, is extremely concerned about the increasing congestion of the RF landscape and sees digital systems such as Digital 9000 as a fundamental solution moving forward: “It is getting almost impossible to organize and coordinate a large production, especially in awards shows that are approaching 200 frequencies. I’ve done a lot of testing with digital wireless systems and have found that they are much more tolerant to interference than analog systems. Also, the fact is that with Digital 9000 we don’t have to worry about intermodulation – or the mixing and blending of signals. We can therefore pack more signals into the same amount of spectrum.”

In addition to the reliability and spectrum efficiencies gained, Stoffo says there is a dramatic increase in audio quality with the Digital 9000 system: “You can absolutely hear the difference. For one thing, there is no noise floor like you have on FM-based systems.” John Harris, music mixer of the CMA Awards, said Sennheiser’s SKM 9000 handheld digital transmitter, which was coupled with an MD 9235 capsule, sounded spectacular on The Zac Brown Band’s vocals: “Zac is a very strong vocal act and with the Digital 9000 system, I had great separation and tone from all the singers. The new SKM 9000 digital transmitter was really great for rock vocals.”

During Lady Antebellum’s performance, lead singer Hillary Scott ventured beyond the stage out into the audience – where RF coverage can be tricky since the primary antenna coverage is on the stage, Stoffo says. “We never had a hitch. The RF levels on the Digital 9000 system remained pegged the entire time and I didn’t have to sweat it.”

Simple integration and operation
Stoffo, who originally requested a Digital 9000 for testing but instead found himself putting it in the CMA Awards production days later because of its stellar performance, says he encountered zero difficulty integrating it within the rest of the audio system. “I had no issues whatsoever, and in fact was more confident using Digital 9000 than older analog systems,” he says.

After experiencing the increased performance and reliability of the system, other benefits soon became apparent: “With Digital 9000, you don’t just have battery bar indicators, you are actually shown the remaining time you have left. When you are juggling 40 microphones, changing batteries and handling other responsibilities, this is huge. Once you get into show mode, one of the biggest maintenance issues for the RF tech is simply changing batteries throughout the show. Being able to see exactly how much time you have is priceless for me.” 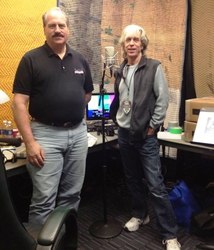 Neumann: voiceover microphone of choice at the CMA Awards
As a high-energy award show featuring over 20 musical acts and a constant flow of introductions, nominations and award announcements that serve to anchor the progression of the show, voiceover announcements are critically important. “Our microphone has to cut through loud music, heavy applause and crowd cheering without having to be ridiculously loud,” explains Tom Davis, audio producer at the CMA Awards.

Davis and his team used three Neumann TLM 49 large-diaphragm condenser micro­phones to facilitate the voiceovers: two are used on site at the Awards, and one is used for work done in advance at Davis’ SeisMic Sound in Nashville. Since space is often at a premium in the makeshift voiceover booths constructed on site, there is often very little room for processors and other gear. This is not a concern though, says Davis: “You can plug the TLM 49 into just about anything and it sounds fantastic. It has so much presence for the spoken word and cuts through everything. This has been my mic of choice on this show for several years now, and it is really sexy to look at!”

Sennheiser: “part of the crew”
At an internationally televised show with 22 acts in just three hours, expectations are high for all personnel involved in the production. “There are a lot of quick changes, and this is a very demanding audio project,” observes John Harris. Sennheiser was on hand to provide support for the show, including rehearsals and tear down. “I couldn’t have done it without Sennheiser,” says James Stoffo, “Tim Moore [Sennheiser Artist Relations] came in and was ‘on-call’ almost as if he was part of our crew. Overall, the support I got from Sennheiser was top shelf, as I would expect.” Tom Davis concurs: “Our relationship with Sennheiser has always been very comfortable and professional and they are always willing to step up and help. This time we got to get a close-up view of one of their great new products, the Digital 9000. What a great experience that was.“ 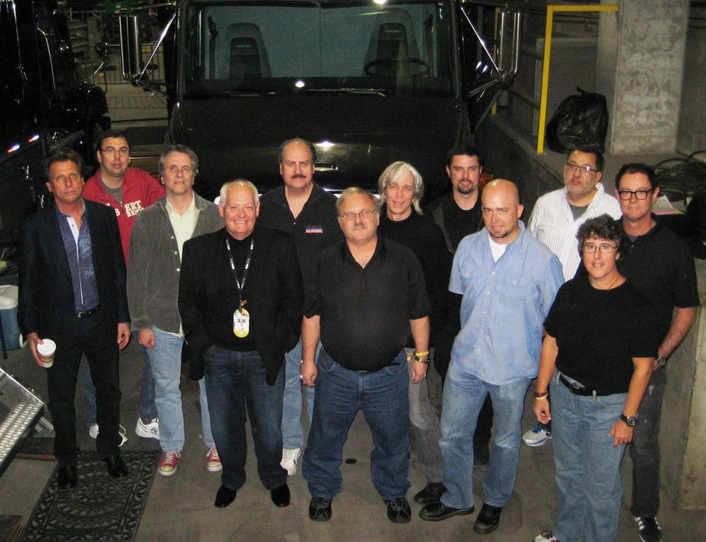 Each year, the audio crew at the CMA Awards relies on Sennheiser’s unwavering support