.
Art on Ice was conceived in 1995 and has grown in popularity to become one of the most successful figure skating spectaculars in the world, playing to 70,000 spectators a year at venues across Switzerland. This year, this fusion of world-class figure skaters and an audio soundscape from equally world class singers featured 50 minutes of British singer / songwriter Leona Lewis’s best known tracks delivered through Sennheiser’s new flagship Digital 9000 Series microphone system.

SKM 9000 handheld transmitters were used for both Leona's main microphone, which Sennheiser UK had custom blinged to match her ubiquitous SKM 5200, and for her backing vocalists, with all microphones featuring MD 9235 dynamic capsules.

Leona’s front of house engineer Dave Wooster attended rehearsals to make any necessary adjustments to the system, during which time a detailed plan of the RF plot for the entire run was devised by Swiss rental company, Habegger. 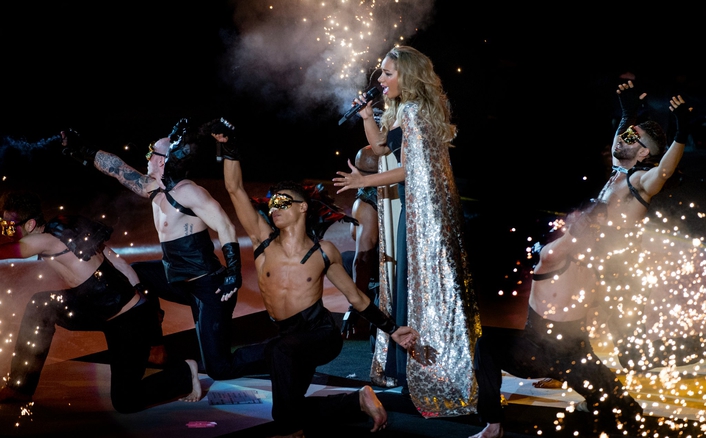 “All units were run in full HD mode without any issues,” says Wooster. “The audio performance of the microphones was excellent and captured every nuance of Miss Lewis’s dynamic and versatile vocal range.”

Wooster not only specified the system but, working alongside the tour's engineers and production, oversaw Leona’s in-ear monitor mix and front of house balance, which, he reports, was an easy task with the kit and personnel provided by Habegger.

“From my perspective the equipment provides a uniquely packaged system that is robust and reliable, even down to the ever informative battery life indicator,” continues Wooster. “The ability to record the RF signal and review its performance was an excellent feature when Leona was taken onto the ice via a remote stage. It gave a clear and precise answer to exactly what was happening to her RF signal throughout the journey from the stage to the middle of the ice arena. 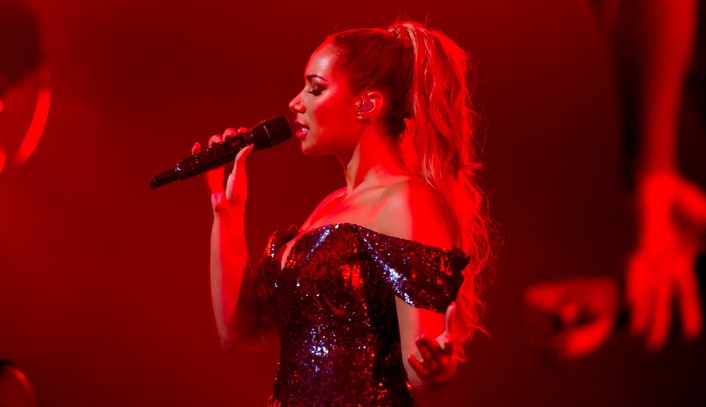 “Without question, the audio reproduction of the system is staggering, precise and dynamic, truly capturing every phrase. With Miss Lewis having used the system for the last four months, and with plans to cover the next runs of shows currently in place, the system will yet again demonstrate how well placed it is in the market to cover all aspects required in a demanding touring environment.”

The tour covered a short run of ice arenas in Zurich, Laussane, Davos, Helsinki and Stockholm, with two of the shows being televised.