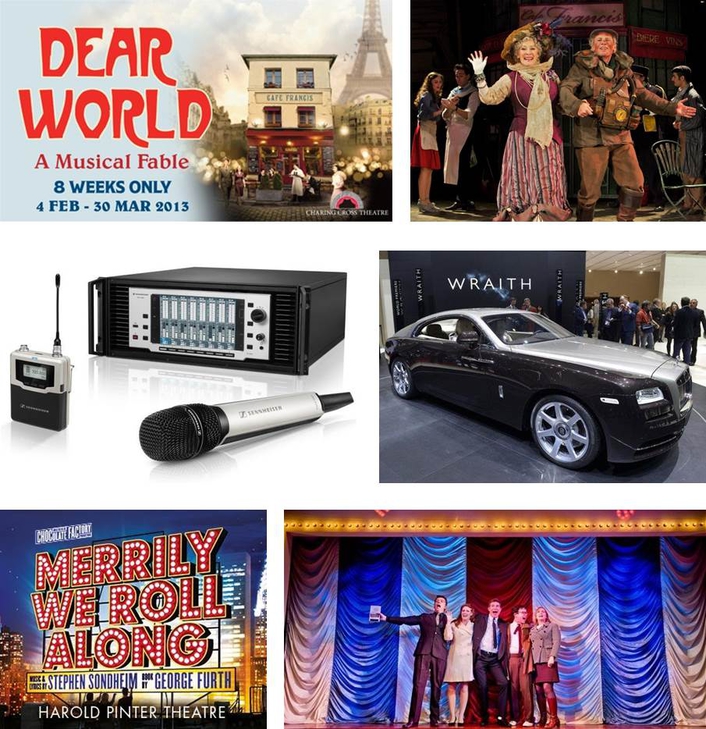 An all-star cast came together at the Charing Cross theatre for Dear World - the quirky story of a Parisian bistro, receiving its UK premiere 44 years after it was produced on Broadway. A longtime user of Sennheiser 5000 series wireless systems, sound designer Mike Walker saw the production as the ideal way to see how the 9000 series sounded.

“I wanted to try the 9000 series on a production with various vocal ranges, to hear it with excellent singers at the top of their game,” he says. "The show was using fourteen 5000 series – EM1046 with SK50 transmitters. After a few weeks of letting the show settle and having got used to how it sounded, I switched to the 9000s. This would give us the opportunity to compare the two systems and really hear how the 9000s sound.”

Once the switch had been made, Mike was not disappointed.

“I really like the 5000 series - of the existing Sennheiser systems I think it’s the best suited to voices and I’ve been very happy with the quality of audio it delivers,” he says. “But the 9000 series completely surpassed it - it’s the best-sounding digital microphone system I’ve heard. Because the audio is so transparent, it highlights the way that compression circuitry in analogue systems affects the dynamic quality of the sound.

“It’s very straightforward to set up and is an excellent amalgamation of technology, engineering and audio quality, the latter being my priority. It far surpassed what I thought it would be capable of. Compared to any other wireless microphone system I’ve heard, it’s quite amazing!”

Meanwhile, at the Harold Pinter theatre, Sondheim’s Merrily We Roll Along is doing very brisk business, claiming to have been awarded more five star reviews than any other West End show in history. Sound designer Gareth Owen had first tried the 9000 series on last winter’s production of Jack and The Beanstalk in Glasgow - the UK’s only arena pantomime - but Sondheim has proved a very different challenge - one which the 9000 series has risen to just as well.

“The trouble with panto is that there are so many variables regarding how a show sounds, that you can’t always tell whether differences in sound are because of different equipment or other factors,” says Gareth. “Merrily We Roll Along was a really good test for the system because, with Sondheim, the trick is to make the show sound unamplified, but without losing the excitement. You tend to put so much effort into making a Sondheim musical sound natural that it’s easy to make it sound boring.”

Gareth’s aim was to make the show sound ‘cinematic’, without it sounding amplified. To achieve this, the quality of the vocal sound was key. “Initially we tried the 9000 series out on less important characters in chorus, but we were so impressed with it that we moved the principals on to it,” he says. “I knew it worked, the question was how much better was it than other systems? On Merrily we instantly realised that it’s dramatically better.”

The show currently features eight 9000 series systems working seamlessly alongside 24 EM3732-II systems and Gareth is very happy with the result.

“We’ve had no problems at all, it’s very reliable and the coverage is good. I also really like the way the monitoring software is integrated between the two systems,” he says. “The ease of setup is excellent - the way the system scans, it looks at what else is going on and works out the best frequency to put each unit on.

“We also often have opening night troubles where television and press turn up and start running other radio systems. There was none of that this time - the 9000’s ability to deal with it was remarkable.”

It is not just in theatre that the 9000 series is impressing. The launch of the Rolls Royce Wraith - a contemporary, fastback model - saw sound designer Sebastian Frost specify a wireless system to match the car’s high class pedigree.

“We did two productions, a VIP and dealer preview in London followed by the official launch at the Geneva Motor Show,” he says. “My client, creative communications agency Imagination, wanted the very best possible sound quality to match the prestige of the occasions. They had used digital microphones in the past and liked the concept.” 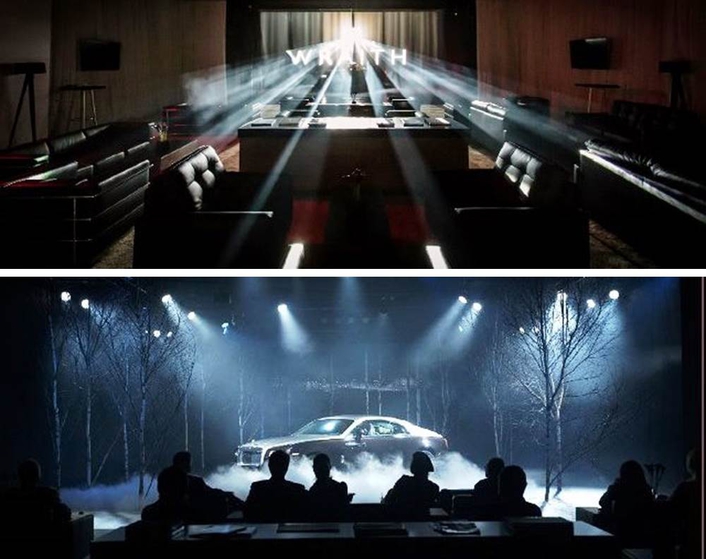 The week-long London event saw six lavalier and two handheld 9000 series mics used, with the Geneva presentation using a pair of lavaliers and a single handheld.

“We were blown away that you could hear things you don’t normally hear through wireless systems. The sound was exceptionally natural, very open with higher transients and the lower frequencies noticeably clearer,” says Sebastian. “The low handling noise of the handheld is amazing. You forget how noisy normal handhelds are until you hear how quiet the 9000 series is. 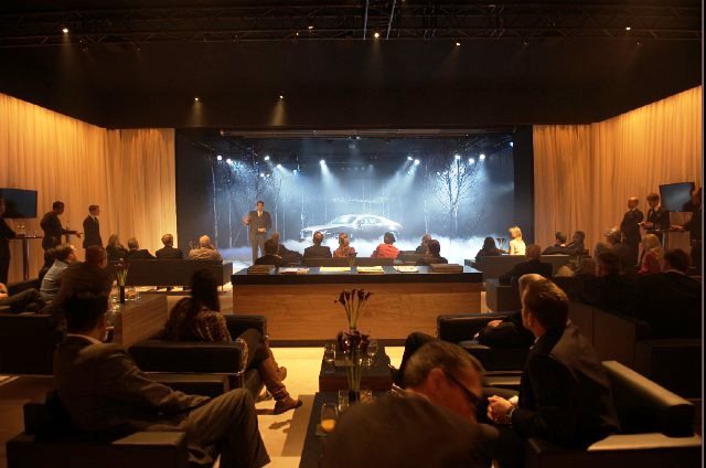 “I’m very keen to try them in theatre and hopefully on the Edinburgh Military Tattoo this year. When I get the opportunity I will jump at it.”