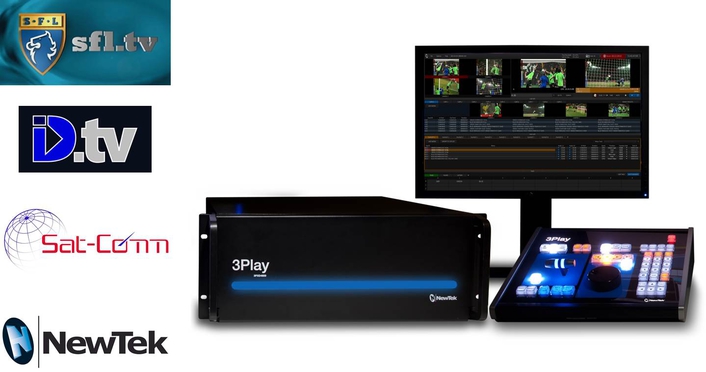 David McNeil, Managing Director, ID.TV, said, “We looked at many of the popular instant replay systems out there but none offered the incredible price-performance of 3Play. Plus, space is at a premium in the truck and the streamlined nature of the 3Play system and controller make it an ergonomic as well as economic fit.”

The SPFL is improving its viewer experience in anticipation of acquiring a significantly larger audience, following the relegation of one of Scotland’s biggest clubs, Glasgow Rangers, to League One this season. ID.TV was contracted to provide streaming output such as goal montages, highlights and viral clips for the SPFL’s popular YouTube channel; they have also supplied footage from some Rangers League One matches to STV and BT Sport for football preview packages.

McNeil adds, “Historically ID.TV produced a lot of football coverage but largely with single camera shoots. Now we are shooting multi-camera, and we can bring up to eight camera feeds into the 3Play which gives us great choices to replay the goals from several angles. It instantly gives the coverage a high quality look.”

3Play 4800 is the only multi-camera live sports replay system that dramatically enriches the viewing experience for audiences, engaging stadium and online fans with slow motion, instant replay, in-game highlights and real-time social media publishing. With the most complete real-time capabilities available in any multi-camera replay server, 3Play 4800 allows producers to give fans more of what they want to see for a fraction of the cost of other replay systems.