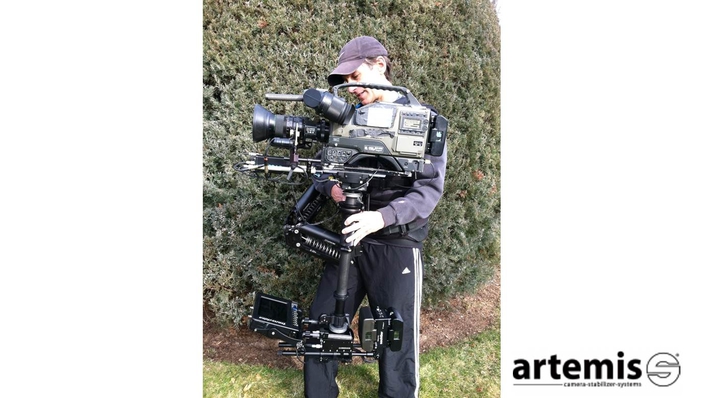 When New York-based camera stabilizer operator Adam Keith is shooting live television news coverage, music concerts and commercials, his camera support of choice is the artemis camera stabilizer system from Sachtler, part of Vitec Videocom, a Vitec Group company. “The artemis is a very versatile machine,” he explains. “The rig is easily adjusted to the liking of each operator. The tool-free gimbal allows the rig to be adjusted quickly during the live shows for the different needs of each segment.”

One of Keith’s ongoing jobs is a daily morning news program out of New York. It features many different types of live segments; interviews, crowd shots, fashion, smart screens, animals, food/cooking, live music and so much more. “The artemis has handled all the unique situations of the live show,” he explains. “It can support many types of cameras and works great in an ENG or studio situation. It’s built with enough video and power connections for the needs of a two-hour live TV morning news broadcast and has held up well for the yearly five-day a week demands of the show. The tool-free gimbal, versatile Transvideo monitor bracket, and many different battery configurations help with the challenges of the show.” 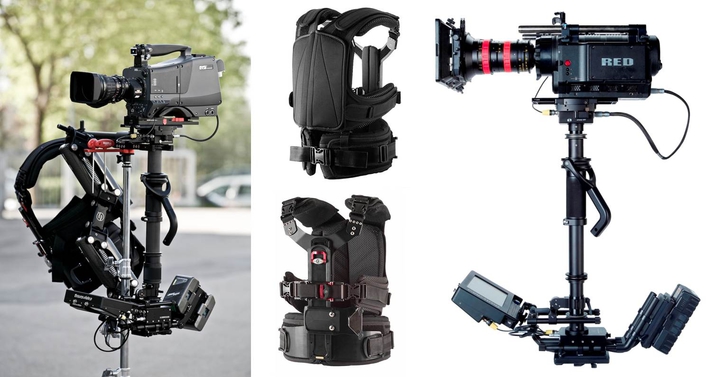 Keith says he purchased the artemis EFP Pro HD/SDI sled years ago because he felt it was the best fit for live television work. “It has a built-in tally system, HD/SDI ready, three battery system, versatile for ENG and digital camera work and is fairly priced. Vitec has supported the artemis with upgrades and new technology, I recently added the hot swap battery system to my sled.”

“And there is the personal touch that Sachtler is known for,” he continues. “Len Donovan and Curt Schaller came to my home to demo the artemis for me. They have also stayed in touch to make certain the rig still fits my needs. I’m lucky to live near Vitec, and so when I wanted to upgrade, I simply dropped off my sled and Vitec provided a loaner until the work was complete.”

Keith appreciates the system’s versatility for both film and video cameras. Sachtler meets the completely different counterbalancing needs through its unique and patented ‘dual dynamic balance’. Special attention was paid to the gimbal, cardan joint and the heart of any camera stabilizing system – the connection between operator and machine. Sachtler has developed a lightweight vest that can be adjusted while being worn.

Sachtler, founded in 1958 by cameraman Wendelin Sachtler, is a worldwide market leader of professional camera support systems for cinematography and television production. Due to true German engineering, the brand sets quality standards in the industry. Sachtler has stood for easy and quick handling, stability and reliability for decades. With an extensive range of camera support systems Sachtler is the highly qualified partner for broadcast and film applications. Since 2000 Sachtler has been offering the artemis modular camera stabilizer system. With its numerous workshops and training sessions, the Wendelin Sachtler Academy has become a top address worldwide for invaluable know-how and the exchange of information, creating the ideal international platform for creative talents. Along with other leading brands in the broadcast and professional videography industry, Sachtler is part of Vitec Videocom, a Vitec Group company.