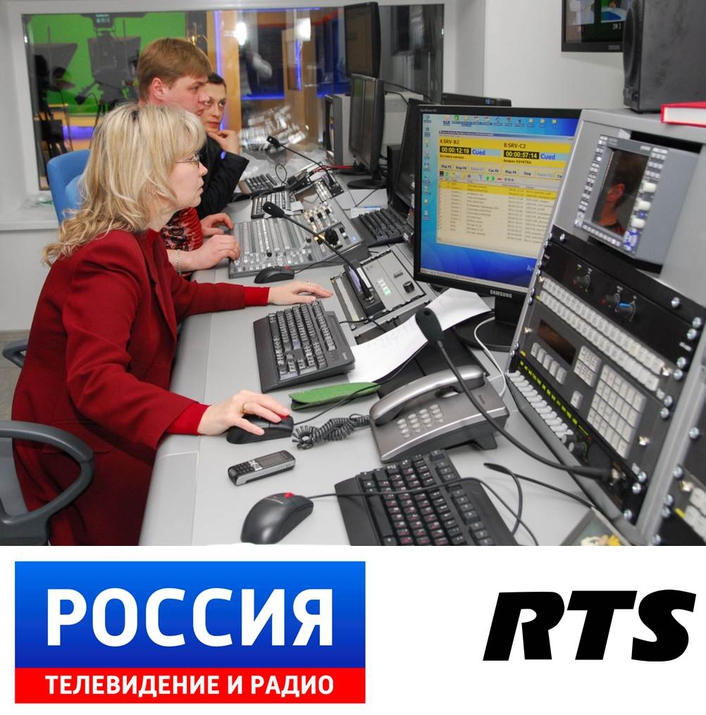 Media giant RTR is expanding its network infrastructure and regional studios with equipment from RTS/TELEX
Owned by the All-Russia State Television and Radio Broadcasting Company (VGTRK), RTR is one of Russia's media giants. Broadcasting nationwide, it operates a large number of regional studios, all of which are linked to the RTR headquarters in Moscow via a network. To further improve the workflow, RTR recently invested once again in equipment from RTS/TELEX, including several Cronus digital matrices and KP-32 keypanels. The installation was performed by RTS/TELEX's longtime partner Okno-TV.

"RTS/TELEX enjoys an outstanding reputation in Russia, not least in state broadcasting circles," reports Nico Lewis, RTS/TELEX Senior Sales Manager responsible for Russia. "For years, RTR has been successfully using matrices and keypanels from RTS/TELEX, including a multi-frame ADAM matrix in the company's Moscow headquarters. Furthermore, the company's experience with RTS/TELEX equipment has been uniformly positive, so the use of anything else for the current round of installations was out of the question." 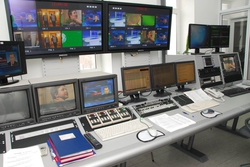 It is not only the outstanding reputation of the brand, however, but also the technological advantages of the RTS/TELEX systems that are driving sales in Russia. "The fundamental concept of the RTR installation, for example, is a Russia-wide Ethernet trunked (RVON) IP network," explains Lewis, "so all the new systems have to be capable of being integrated into the network using trunking technology. Only RTS/TELEX offers this possibility."

The RTS Cronus intercom is a modular, 32-port digital matrix intercom in 2U format (two rack units) capable of holding up to four AIO analog or RVON-C VoIP cards with eight ports each. Featuring an advanced DSP architecture, the technology permits up to four Cronus units to be linked to create a unified 128-port matrix. When connected as a single matrix, the individual Cronus intercom controls remain autonomous and independent at each matrix to maximize reliability. The Cronus is available with either an analogue card or the RVON-C VoIP card.

Since the promulgation in July 1998 of Government Resolution #800 (“On the formation of a unified production-technological complex of state electronic mass media”"), the All-Russia State Television and Radio Broadcasting Company (VTTRK), which is 100% state-owned, has controlled the television channels "Rossija“ (RTR), and “Kultura“ as well as “Radio Rossii", ninety-two regional television and radio companies (GTRK), and ninety-nine TV and radio studios, making the Moscow-based media conglomerate one of the world's largest broadcasting organizations.