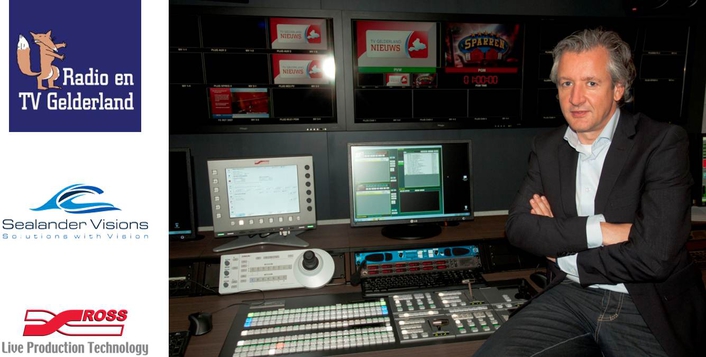 “Our Choice was not too difficult,” said Jurgen Telkamp, Technical Video Specialist at Omroep Gelderland. “ Ross Video worked seamlessly with our requirements in terms of hardware and automation. In addition, the implementation was easy to achieve.”

“Buying the equipment was one thing, but having the support of Ross Video and our local dealer Sealander Visions was the icing on the cake,” continued Jurgen. “ Each party has been particularly good in both conception and aftercare, always keeping our wishes in mind.”

Omroep Gelderland went on air with their upgraded Newsroom Studio in June 2012, followed by their Events Studio in September 2012.