RT Gears up for HD Broadcasting with Lawo

Russian broadcaster moves to new studio complex and equips for HD
Serving an overseas audience of 630 million people in more than 100 countries, Russia’s RT television network carries a cocktail of documentaries, talk shows, debates, sports and cultural programs, supported by round-the-clock news bulletins. Having recently moved home, the state-run broadcaster now operates from a new studio complex in Moscow, where it has recently been equipping for HD transmission of its programming.

Previously known as Russia Today, RT has included studios for its English, Arabic and Spanish channels, along with a Green Studio, Production Studio and a Backup Studio in its new facility. The complex is a combination of modern architecture and classic industrial buildings, fully renovated and equipped with a state-of-the art technical installation. 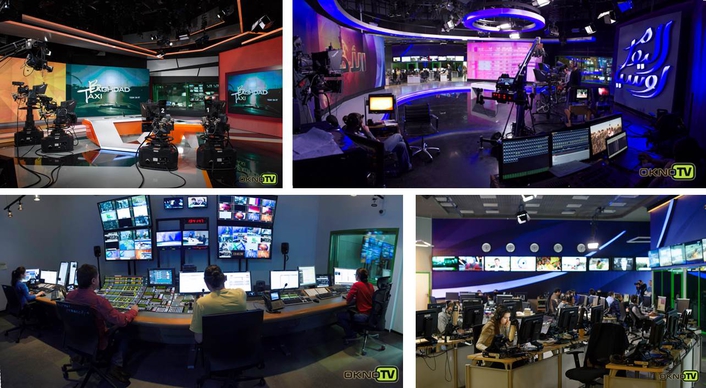 The project got underway in November 2011 under contractor OKNO-TV, with Lawo subsequently being recruited to provide the heart of the audio infrastructure. Now fully operational, it represents a massive step forward over RT’s old studios. The broadcaster had been using Lawo zirkon consoles for production duties at its old facility and is now using no fewer than six Lawo mc²66 MkII main on-air/production consoles and three crystal desks for voiceover work, along with a Lawo Nova73 HD as its central I/O routing matrix and seven mxGUI servers providing additional remote GUIs. 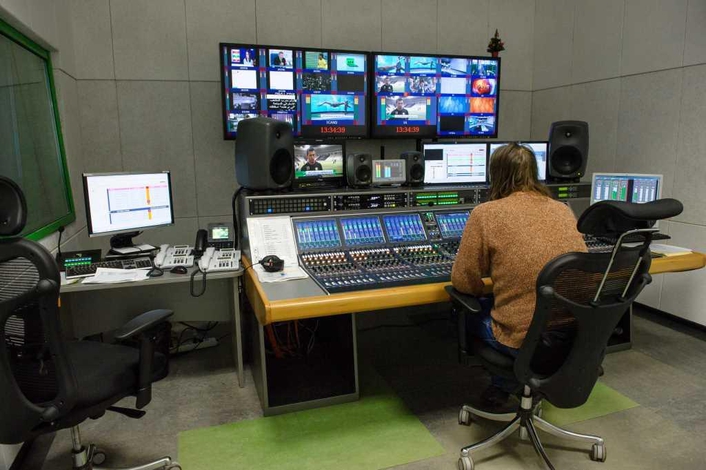 The Nova73HD provides RAVENNA, AES3, MADI and SDH/STM-1interfaces, and features a hot-plug capability and online configuration that allows reconfiguration and expansion of a system even during a live broadcast. Additionally, Lawo’s STAR² technology provides an exceptionally high level of redundancy and failsafe operation.

“Our choice of Lawo mc²66/Nova73HD combination was because it allowed us to realize our vision of ultra-reliable audio in complex multi-program, round-the-clock news broadcasting,’ says Alexander Kolosov, Head of Phonics at RT. ‘A big plus is that the mc²/Nova73 HD system provides non-problematic expansion. Our operational experience of the final set of six mc²66 MkII panels and the central matrix Nova73HD proved to us that the promises made by Lawo are consistent with the real requirements of our complex.” 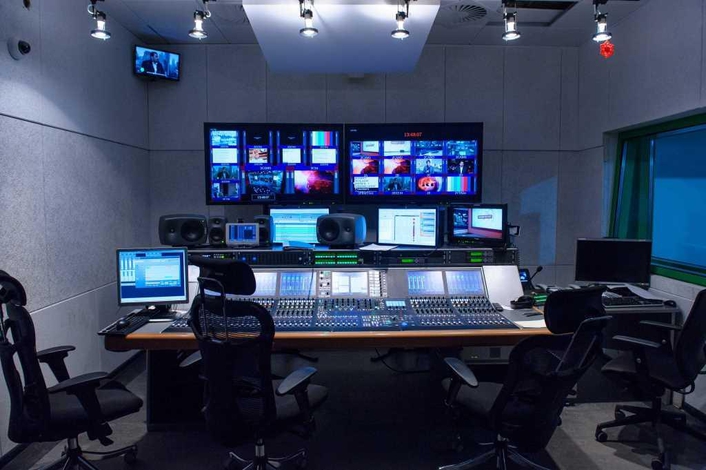 The Lawo system has been designed to offer rigorous redundancy, everywhere from the router and control system to its fully redundant signal paths. In addition, its extreme flexibility ensures that I/O resources are accessible from all of the studios and the control rooms with access rights management. This is achieved by connecting all I/O to both the Nova73 HD as well as all of the mixing consoles, while the control software presents it to look and feel like a local signal, regardless of its physical location. The Lawo network takes care of all tieline management and ensures that all tielines have an additional backup path available.

Networked resources and rights management are a customer specific configuration written using TCL (Tool Command Language) script. Widely used for rapid prototyping and testing, as well as to author scripted applications and GUIs, TCL is a common feature of embedded systems platforms, both in its full form and in small-footprint versions. 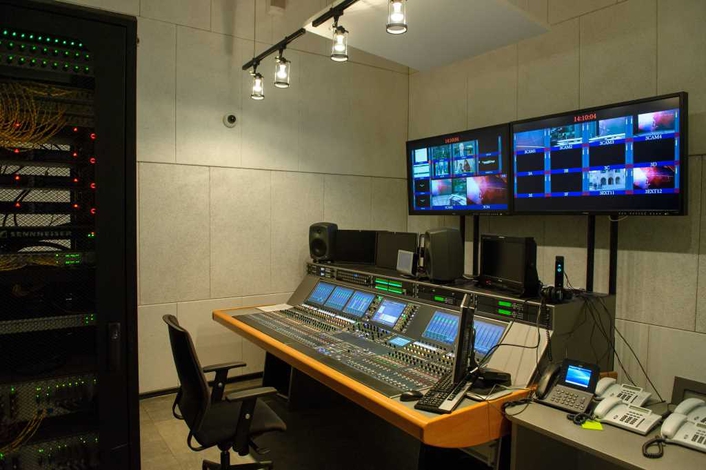 Key to its operation is that a very large number of I/O resources are managed very simply, with snapshot portability making transfer of setups between production rooms particularly easy.

Capable consoles
“The Lawo consoles provide many features for easy and comfortable operation during live broadcasting. One of these is the mix minus busses – these are automatically pre-configured, but at the same time provide enough flexibility for fine tuning, allowing easy operation during live transmissions with multiple external feeds,” says Anton Maksimov, RT Sound Editor. “One of the most important features is the ability to easily track the signal flow, which can help a new user to learn the details of a previously unknown configuration. Also very helpful is limited control of the source on the second layer, even without switching layers, as well as assignable Free Control modules and User Buttons on the surface for fast access to the most frequently used functions.”

Between them, OKNO-TV and Lawo have proven their ability to deliver on the “very high redundancy concept”, with system design, networking, customisation and audio quality, proven to the broadcaster through its use in a previous installation.

“This is the third Lawo console I have worked on over the past ten years, and the mc²66MkII has again proved Lawo’s leading position in this competitive market,” Anton Maksimov confirms.

“Thanks to the close collaboration between RT and OKNO-TV teams at every stage of the project, the new studio complex was completed concurrently with a switch to worldwide HD broadcast – a formidable task,” says Andrey Bukashkin, RT’s Chief Director. “OKNO-TV’s specialists were highly receptive to all our suggestions and demands, whether they came from management or staff operators, and developed truly innovative solutions to meet our needs.

“We are very pleased with the results,” he adds.