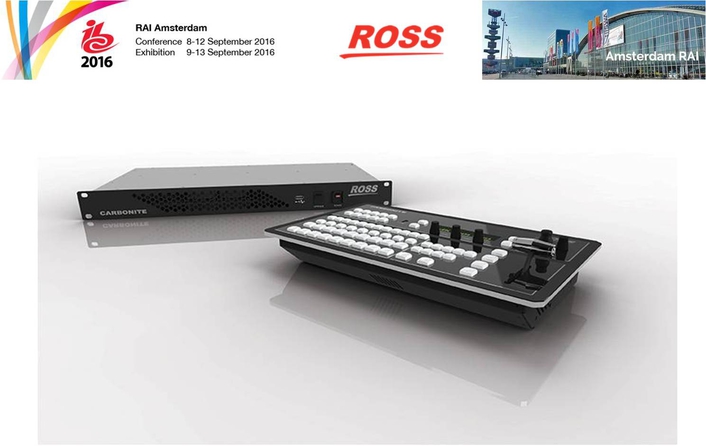 Under the Smart Production banner, Ross Video will show how its technologies, services and expertise can help customers achieve their creative, business and technical goals at IBC 2016.

Production Switchers
The new Carbonite Black Solo, a surprise introduction at NAB and now shipping, is a highly compact yet powerful production switcher with 9 inputs and 6 outputs, specifically designed to meet the needs of smaller productions – a real Carbonite feature set, in a smaller, more affordable package.

Another bonus for Carbonite is that XPression Live CG software is now included with every Carbonite production switcher. With the latest version of Carbonite software, feature additions include Multi-Panel operation that enables users to operate their Carbonite ME, MiniMEs or MultiScreen outputs from multiple control panels and DashBoard control points.

The Acuity large production switcher series is being shown with integrated IP (Internet Protocol) 10Gb/s I/O capabilities. This solution provides a direct connection into the Evertz IP routing environment without requiring a top of the rack gateway.

The latest Acuity software version brings additional operational features including new DVE Warps, Lighting Engine, and support for the MultiProcessing Input card option which adds frame syncs, color correction, input multi-viewing and more to Acuity inputs. This version of software expands the capabilities of MultiFeed functionality with Split ME controls. Now it’s possible to set up an Acuity ME as two MEs with up to eight keyer assignments.

Acuity DoubleDown control panel models are a new premium option that doubles the number of key/aux bus assignment buttons for every ME row. 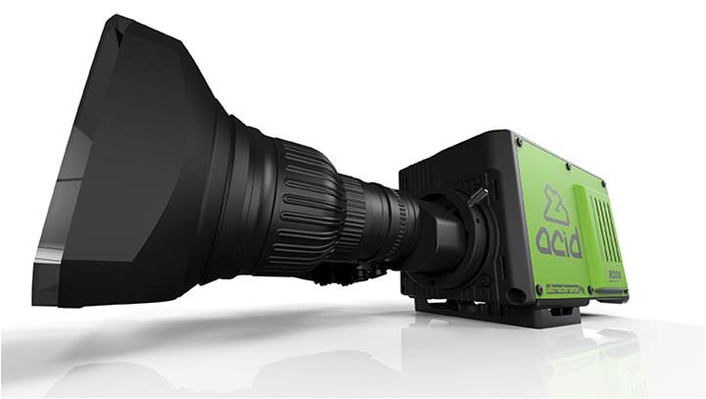 Cameras
Ross is now in the camera business, having launched ACID cameras earlier this year and making their European debut at IBC.  ACID is a series of compact “box cameras” that offer full size studio camera performance.  These new cameras provide and capture great looking images in any environment and make a great companion to Ross or other robotic camera systems.

ACID cameras offer special performance characteristics for chroma keying in virtual environments,  and  include a unique new signal format. These cameras output standard SMPTE 4:2:2 video signals for use in any production, and in addition output a special 0:4:4 full bandwidth color signal that is combined with the primary output within the Carbonite UltrachromeHR system to generate a full resolution 4:4:4 signal for superior chroma keys.

All camera operation, setup and shading can be performed from DashBoard soft control panels including the transfer and recall of scene files from one ACID camera to another. 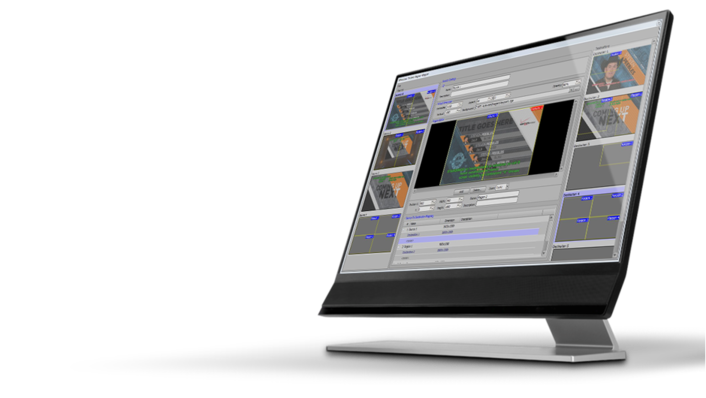 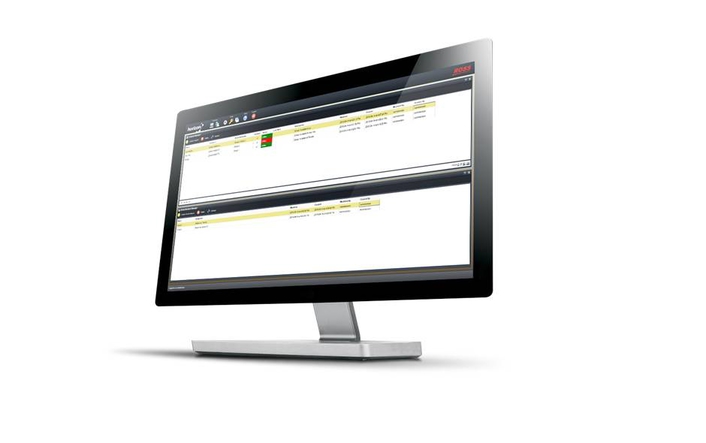 Graphics Systems
XPression Tessera is a multi-display real-time graphics designer and controller for Sport Venues and Studio Video Walls. Tessera links together multiple XPression engines to create a scalable matrix of channels for seamless output of scenes across large or irregularly assembled display panels and drive full resolution content making use of every pixel of resolution those displays have to offer.

XPression Quad continues the development of systems suitable to 4K Production. This graphics system supports up to 4 (video + key) channels of HD/SD or Quad link 4K outputs with key, and is user configurable for any combination of inputs and outputs.

XPression Maps is now 64-bit native, making it faster than ever while the UI is now even more intuitive and pleasing to the eye.

The XPression MOS Plug-in has been significantly upgraded, adding a number of new features making it easier and faster to build graphics for a news show.

Adobe XMP Metadata is available for entry into XPression from every Adobe software tool. XMP metadata can be used to automatically populate text, or make scene changes like color changes and image replacements. 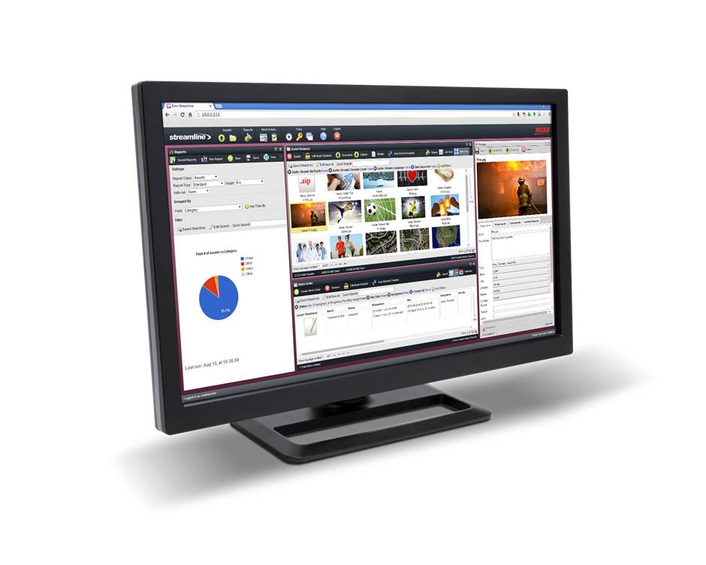 Inception version 10, the latest software release includes the Inception API and SDK. The API enables developers, partners, customers, and resellers the ability to add new core features and to create custom connections to a CMS, social platform, or other internal system – this represents terrific leverage for web savvy organizations.

Horizon is an enterprise hub that connects multiple Inception systems to each other.  Horizon provides content sharing and authoring, manages permissions and access, and federated search across all systems. Horizon also offers copying of information between systems and supports MOS redirection.  Horizon is Ideal for local news operations each with its own Inception News system that want to see and share content.

The openGear SPG-8260 Sync Pulse Generator is available with a true AES Word Clock output (not always found on SPGs) with a new version, the SPG-8260-W. It’s ideal for synchronizing both video and audio devices.

The latest software version of the industry-leading MC1 Master Control Switcher adds support for Ultrix Routing systems with multiviewers and audio processing, and an array of third-party routers through industry-standard control protocols.

The amazing Ultrix, 12G UHD Video, Audio Router / MultiViewer new at IBC just last year will be back with several major global events under its belt (like the Rio Olympics) and of course the latest version of software adding even more functionality to an already feature packed system. 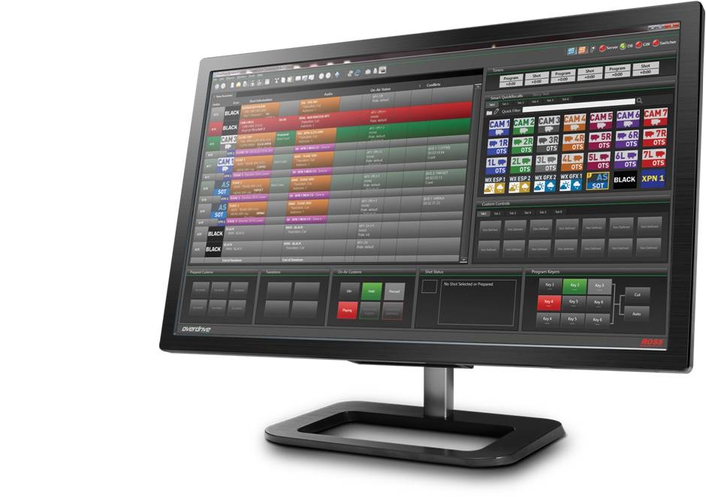 Robotics
Furio RC, the remote control dolly system for live stage productions, is now available as a Pan/Tilt head only system, without the dolly. This package is ideal for remote control Pan Tilt head applications such as concert halls, houses of worship or sports venues where speed and responsiveness are critical.

The SmartShell 4 Robotic Control and Management application adds support for Grass Valley Ignite and Sony ELC automated production systems, in addition to Ross OverDrive and Viz Mosart. The number of video routing protocols has been greatly expanded, XY floor limits for the CamBot 700XY have been implemented, and robotic control and camera control of Hitachi and Panasonic box cameras is integrated through DashBoard to provide a single, consolidated control station. 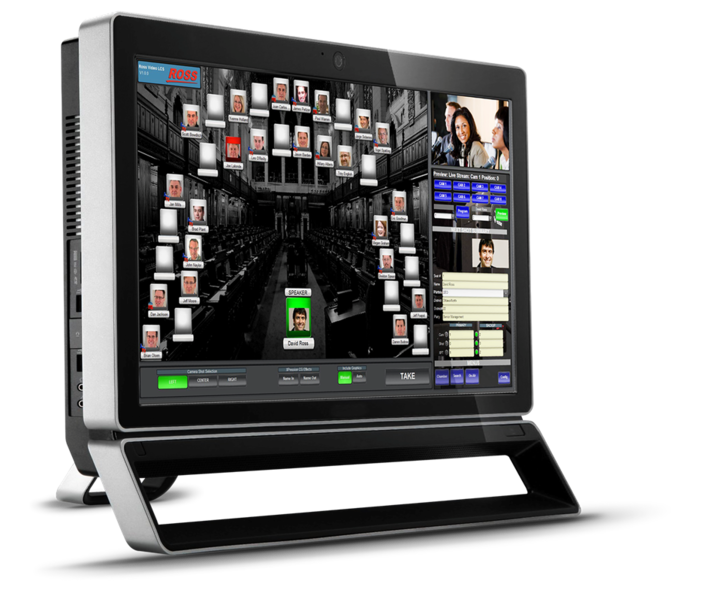 Automated Production Control
OverDrive gets a UI facelift and new range of options to suit any size production. The latest release includes dozens of new workflow tools and feature enhancements, and the OverDrive product range has now been expanded to include a range of base systems. OverDrive Premium is a fully loaded system that includes MOS integration with Newsroom Systems, Graphics Systems and Video Servers. OverDrive Prime provides all of the core functionality of the Premium package, but makes many of the advanced news production features optional. Lastly there is the new OverDrive Express, the world’s first entry-level automated production control system that can grow with the needs of any organization. 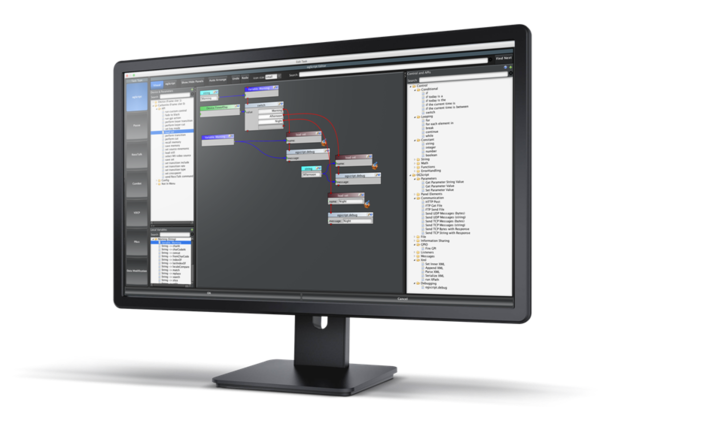 Creative Services
Ross Creative Services group, Rocket Surgery will be showcasing its talents and an expanded suite of services beyond broadcast and stadium graphics to include support for maps, tickers and bespoke DashBoard CustomPanels that make it easy to run a complex graphic intense production.

Ross products and services are designed to offer the best system integration and unmatched customer choice by both working together seamlessly and integrating tightly with third-party solutions.

Ross Video has offices around the world, and provides outstanding, free-for-life telephone support staffed by technical experts 24 hours a day, 365 days a year—even for products bought on eBay. Ross employees are authorized to rent helicopters when necessary.