Ross Video raises the bar in high end production switchers with the North American launch of Vision Octane, the world’s first 8 MLE switcher. Vision Octane is extremely powerful with 35 Full Screen HD Animation Stores, 24 Channels of 3D DVE with WARP capability, 96 inputs, 48 outputs, and an unprecedented total of 56 Keyers - 32 Full Keyers, 12 AuxKey Mixer / Keyers on the aux bus outputs and 12 DVE key combiners. Vision Octane can be loaded with any number of MLEs from 1 to 8, match any application, and be combined with up to 9 different control panels.

The entire Vision Series ships with a new 3G infrastructure as a standard feature, fulfilling the promise of Vision being a cutting edge product continuously evolving with the marketplace. Stereoscopic 3D capabilities and comprehensive iMag MultiScreen support will also be shown. 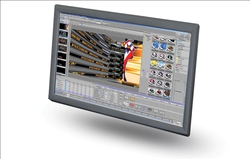 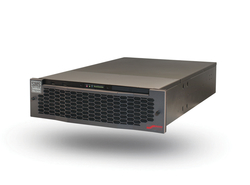 Ross Video will be showing the continued development of the SoftMetal 3000 Series video servers with v4.3 software and the launch of the new 4 in / 4 out configuration. 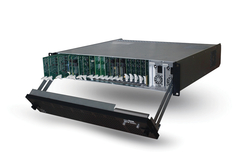 openGear, the industry standard and platform of choice, continues to grow with new partners, developers and products.

The platform now offers a 21 slot frame with free Ethernet for setup and configuration. An optional high end controller is available for more complex networking requirements that include DataSafeTM, which auto re-configures cards when they are hot-swapped in the frame.

DashBoard 3.0 for Windows, MAC and Linux offers new features to simplify the setup and maintenance of larger systems with multiple card upgrades.

Ross Video will offer an expanded range of 3Gb/s products in 2010. Products include optical to electrical and electrical to optical with ultra high density offering up to 40 conversions in 2RU, a new range of full spectrum optical splitters (1x2, 1x4 and 1x8), an optical CWDM MUX / DMX configurable in groups (4, 8, 12 and 16) allowing up to 16 full bandwidth 3Gb/s SDI signals onto a single fiber, and an optical DA / regenerator that re-launches the optical output at -7db extending system link budgets.

Other new products include: the QSP-8229 Quad Split Processor offering looping inputs, quadrant bordering, UMD and tally support for monitoring up to 4 signals on a single display; the VEA-8707A, an Analog Equalizing and Clamping DA with looping input; and a new card based Sync Pulse Generator which can free-run or be locked to house reference and is equipped with 4 pairs of outputs configurable as Composite Black, Tri-Level, Word Clock or AES all with independent timing.