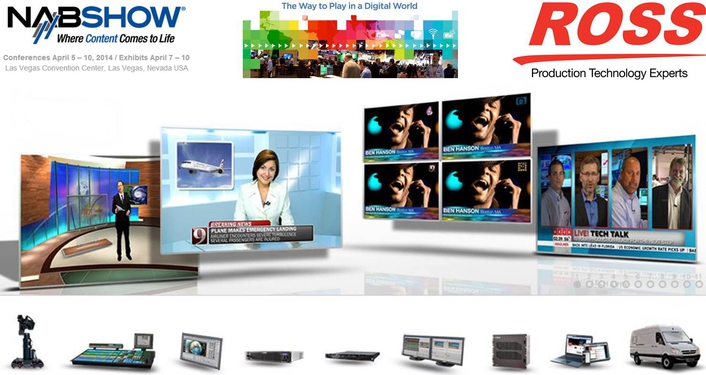 .
Ross Video is celebrating their 40th anniversary at NAB this year with a new corporate logo, a new tag line “Production Technology Experts” and a significantly expanded NAB presence.  The growing range of Ross production technology solutions can be seen at the Ross Booth #N3806 in the North Hall.

As always at Ross, the emphasis is on power and affordability – creating leading edge products at great prices, backed by exceptional support and customer service.  Here’s a preview of some of the things to expect from Ross at NAB this year.  In addition to what follows, Ross is anticipating a few last minute surprises out of their development labs that will be announced closer to show time.

Carbonite – Ross’ breakthrough mid-size production switcher series will show off its latest features, including the award winning MiniME and MultiScreen processing technologies.  Available as a free software upgrade to all Carbonite customers (downloadable from the Ross website), these new features demonstrate the exceptional long-term value in buying Ross.

MiniME’s live in a resource ‘pool’ and are only assigned when required. Once the transition or effect is completed they are instantly available for use elsewhere. MiniME's are not like 'Split ME's' or ‘multi program mode ME's’ where ME resources are divided up and reassigned into smaller sections. MiniME's are entirely independent devices leaving all standard ME resources available.

MultiScreenTM production is now available directly within a standard Carbonite thanks to Ross’ new MiniME’s. Up to four outputs can be controlled independently off Carbonite’s main ME’s, allowing a single source to be scaled over up to 4 outputs in multiple screen layouts. Keys and DVE’s can also be included to facilitate compelling multiscreen productions. Expensive additional screen processors are no longer required when you’ve got a Carbonite switcher, as bezel compensation and edge blending for multi-projector setups are part of the package – a major system cost saving. 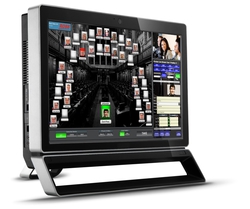 The Carbonite C2S is Ross’ new 24 button, 2ME panel incorporating individual ME Effects Memory keypads.  The C2S is ideal for sport and other productions in which the TD prefers to switch the show directly from the memory keypad. The C2S has all the features of the popular C2M panel, adding a dedicated ME Effects Memory control area in each ME - in addition to the standard global controls. The C2M panel brings the number of Carbonite panel choices to 7, covering a broad range of client needs, space and budgets.

DashBoard Facility Control
DashBoard is Ross’ free facility control software that controls everything from Ross and our openGear and DashBoard Connect partners as well as a variety of other UDP, TCP and HTTP devices.  Version 6.1 will launch at NAB and provides PanelBuilder - the ability for anyone to build purpose built CustomPanels and Automated Workflows.  PanelBuilder makes customized control quick and easy via an intuitive drag and drop mode for building CustomPanels. 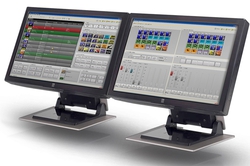 Inception News & Social
Inception News is Ross’ unique newsroom computer system that blends the needs of traditional linear channel production with the modern requirements of web and social media content publication.    Launched at IBC, this is the first showing of Inception News in North America.  Providing both outbound publication as well as inbound searching and harvesting of social media, Inception is a great tool for your television producers and journalists as well as your social media team.

XPression 3D HD CG & Motion Graphics System
XPression motion graphics now offers solutions for virtually every type of onscreen live graphics requirement - everything from live character generation, to branding, to virtual sets and augmented reality.  In addition to a host of new production features here are some of the new things from XPression this year: 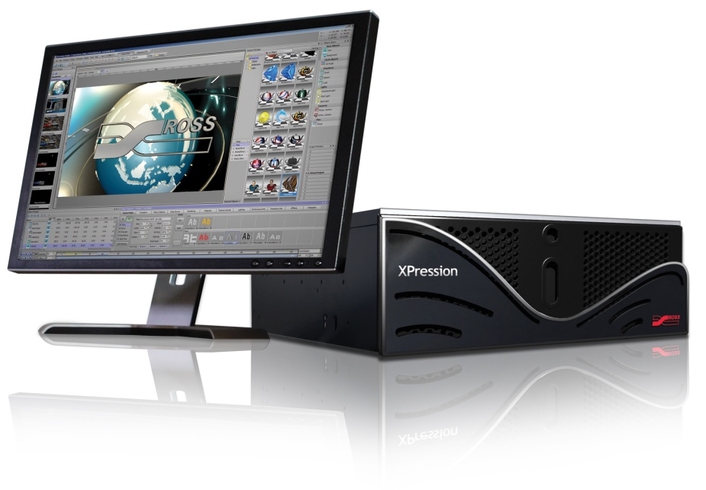 XPression Template Builder – an application for the creation of graphics outside of NRCS and NLE environments for later incorporation into programs.

Ross and Unreel Virtual Set & Augmented Reality
Ross and our virtual tracking partner Unreel will again be showing a fully turnkey virtual set and augmented reality solution, making it easy for anyone to quickly deploy a virtual set or to add augmented graphics to an existing set.  This year, you’ll have an opportunity to get right on the set and experience what it’s like to be talent in a virtual environment for yourself. 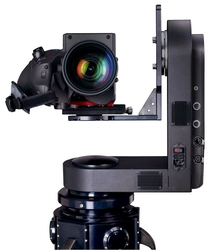 Infrastructure – Routing, Terminal Equipment & Nielsen Watermarks
New in the NK Series Routing systems is the NK-144 which can now be upgraded to include the full functionality of up to 2 Carbonite production switchers internally -  becoming a full Carbonite eXtreme.  This revolutionary product combines facility routing with production switching and multi-viewing all in a single rackframe, dramatically simplifying system cabling and distribution.

Another addition to NK is customer definable DashBoard-based soft panels, making router control available from any computer.  These CustomPanels can combine control of a variety of other Ross and 3rd party equipment at the same time – streamlining user operation. 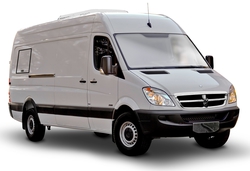 The OT1 vehicle platform is the first public showing of a truck based on the openTruck™ initiative from Ross and offers a standardized path to designing cost-effective remote production vehicles that enable delivery of high-quality digital content from sports venues and other live events. Taking advantage of interoperable broadcast systems from Ross Video and other leading technology vendors, openTruck offers production vehicle partners access to open protocols, specifications, and schematics for efficient workflows, uncompromising video quality, and rapid event-to-event reconfiguration.