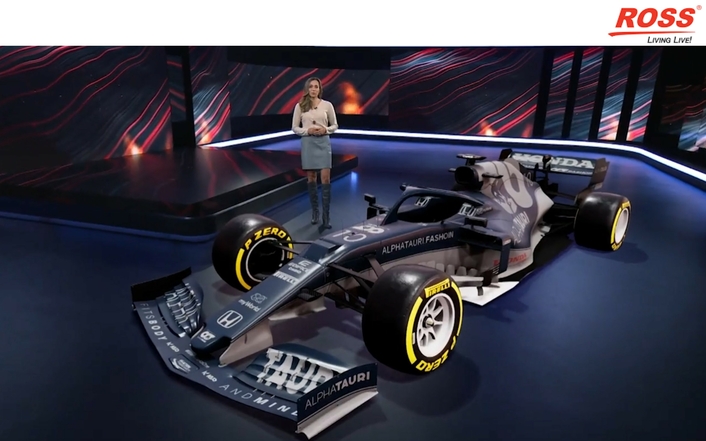 XR Virtual LED Studio is the latest and fastest growing trend in virtual solutions, and Ross is pleased to announce updates to two of its products that are key tools for content producers working in this area. As part of the Ross Live series of Tech Talks, Ross today unveiled updates to the Voyager graphics rendering solution and Lucid Studio control solution for VS/AR and XR Virtual LED Studio production environments.

Launched in 2019, Voyager is Ross Video’s photo-realistic graphics rendering solution that has been used to power some of the world’s most impressive VS/AR and XR Virtual LED Studio productions, including notably CCTV’s Spring Gala Festival – the world’s most watched TV show. Based on the Unreal engine from Epic Games, the latest version of Voyager (4.27) includes new configuration tools to calibrate camera lenses and LED videowalls, as well as improved configuration of RossTalk and Datalinq and support for embedded audio out on video outputs. Additionally, the inclusion of Epic’s nDisplay technology allows people to seamlessly synchronize multiple LED displays for XR productions. These improvements all simplify and accelerate system set-up.

As well as news of the two product updates, today’s Ross Live Tech Talk included a feature on Servus TV / Red Bull Media House in Austria, examining how the broadcaster has used Ross virtual solutions to improve the look and feel of its content and stay at the forefront of technology. The Ross VS team also spent some time looking at the latest version of the Unreal engine, discussing the improvements in feature set and the benefits of these to customers.