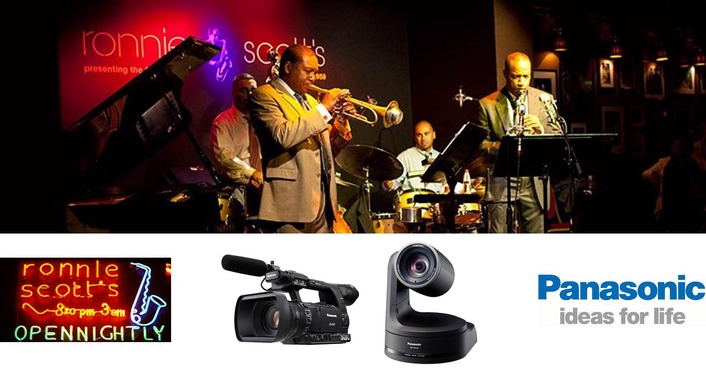 Panasonic Equipment Enables Iconic Artist Wynton Marsalis' Performance to be Live Streamed in High Definition
Ronnie Scott’s, is one of the oldest and most famous jazz clubs in the world having been opened by Ronnie Scott and Pete King in October 1959.  In the 53 years it has been attracting jazz enthusiasts in London it has featured a huge gamut of jazz legends from Ella Fitzgerald to Miles Davis.

Tonight from 10pm in a Ronnie Scott’s first, jazz legend Wynton Marsalis’ sell out show is to be broadcast live to a potential audience of millions around the world.  Thanks to the power of the internet and a ground breaking partnership with Panasonic, a world-wide audience will be given an unparalleled opportunity to experience the famed ambience of one of the world’s most iconic venues, swinging to one of jazz’s most iconic stars, all in stunning HD.

Tickets for Wynton Marsalis’ three night (six show) run from 22nd July sold out in a matter of hours, primarily to club members, so, with demand for tickets to see the legendary trumpeter, band leader and cultural champion far out-stripping demand, there is no better time to launch this exciting new venture.  Just as the BBC gave unprecedented coverage of Glastonbury, live streaming from Ronnie Scott’s gives a unique opportunity to those unable to secure tickets to enjoy the music and take a sneak peak inside one of the world’s most iconic venues.

With a capacity of just 220, and almost all shows a complete sell-out, Ronnie Scott’s has turned to technology to help take the unique Ronnie’s experience beyond the walls of the club. Simon Cooke, the club’s Managing Director, explained; ”We are keen to give those who can’t make the journey into London’s Soho, people too far away or simply those who can’t get a ticket the opportunity to enjoy the Ronnie Scott’s magic for themselves and we are delighted that an artist of Wynton’s stature, arguably the most influential jazz musician of the last forty years, has agreed to feature in our very first broadcast from the club.” 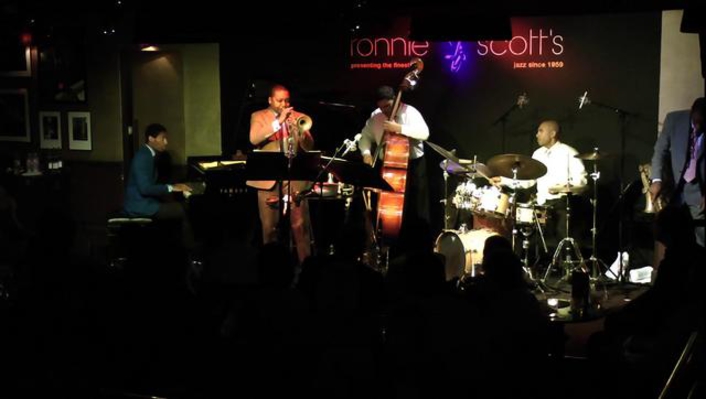 As expected from Ronnie Scott’s the technical set-up will be of high end, with a state-of-the art multi camera AV set-up alongside a broadcast and recording studio installed in the historic Frith Street venue. The broadcast will be shot using discreetly positioned Panasonic AW-HE120 integrated remote video cameras and at least one AG-HPX250 P2 HD handheld camcorder (the same used by the BBC for HD recording).  Meanwhile the club’s AV team will mix the audio/visual stream live, broadcasting in-the-moment vivid high definition images onto screens and into homes across the globe.  This remarkably sophisticated multi-camera set up – undoubtedly one of the best in the world for a club of this size - allows low-light filming of multiple positions giving viewers a genuine impression of being amidst the live audience and a real feeling for the intimate atmosphere of one of the world’s greatest jazz clubs - all without detracting from the experience of those lucky enough to have a ticket to the show.

About Wynton Marsalis
Wynton Marsalis is arguably the most influential jazz musician of the last 40 years.  His take on the music’s history, his virtuoso trumpet playing, sense of tradition and stewardship of the Lincoln Centre Jazz Orchestra has inspired a new generation of ‘young lions’, putting him at the very forefront of the music worldwide. In addition to winning nine Grammy Awards, he was the first jazz musician to receive the Pulitzer Prize for music. His international accolades include honorary membership in Britain’s Royal Academy of Music and the insignia Chevalier of the Legion of Honor, France’s highest distinction. He has more than 70 albums to his credit, which have sold more than 7 million copies, and three albums earned three gold records.