Rock am Ring and Rock im Park with firefly 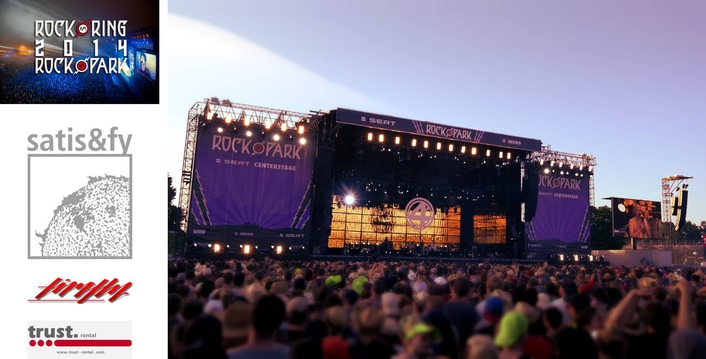 .
firefly system has demonstrated its quality and reliability for Metallica, Iron Maiden, Linkin Park and Kings of Leon at the Rock am Ring and Rock im Park festivals in Germany.

The recent Rock am Ring (2014) was a particularly spectacular event for the firefly fiber optic system. In collaboration with the touring-department of Satis&Fy  (Werne, Germany), trust.rental developed a network concept to fulfill the requirements of the diverse bands. In addition to the SDI and DVI video signals, distributed bi-directionally between stage and FOH, it was necessary to ensure that an identical network concept was implemented in both locations (Rock am Ring & Rock im Park), in order to allow guest bands to be integrated  into the network in both spaces directly. 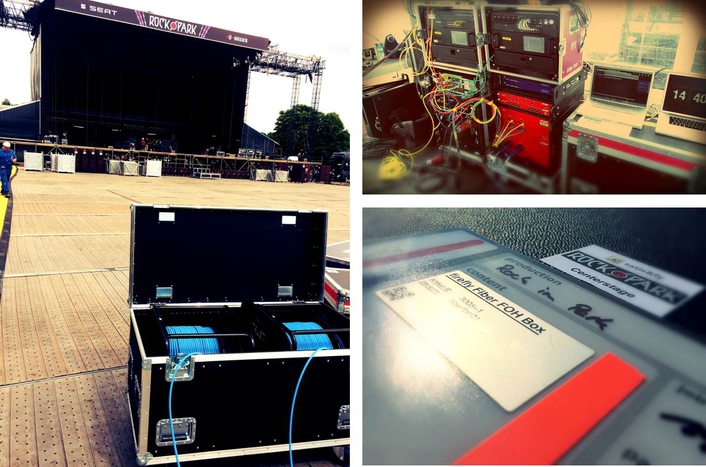 Networking
The firefly system fulfills these complex networking tasks. The special 18-core fiber optic cable and the fiber module provide easy routing access to all necessary components between the stage and FOH. The primary network structure is defined by the firefly system Data Module. In each module, there are two high-performance switches which operate in complete independence. When combined with the redundant power supply, a completely separate backup network is formed. Additionally, four guest switches are integrated, linked directly into the fiber module, which can be implemented as a network cache for  the bands' diverse demands. All networks are constructed redundantly via a fiber ring to ensure maximum operating safety. 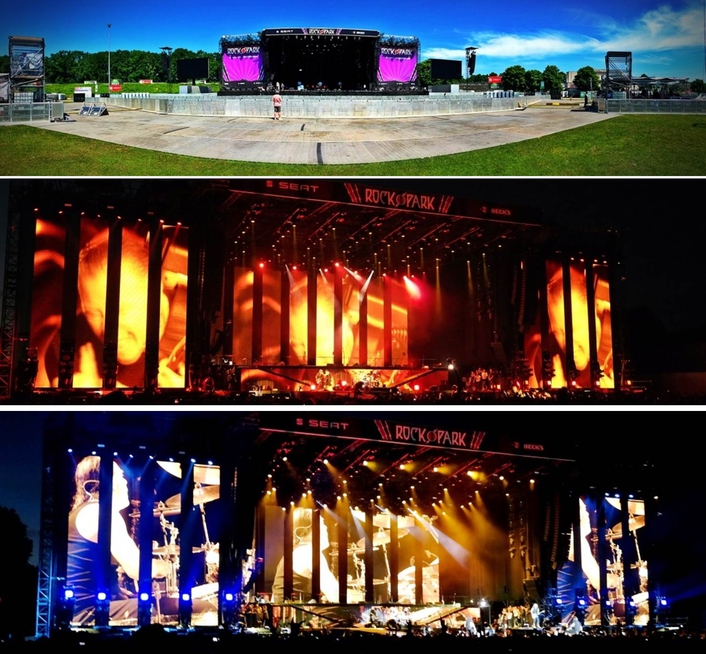 Video
The video signals are also routed via this fiber-system. The newly developed firefly Quad DVI, Quad-3G-SDI and Quad-6G-SDI modules serve this purpose. The Quad DVI module provides four independent dual DVI inputs in 1RU, which can be connected directly to the fiber-module. The two SDI modules are completely bidirectional. It is possible to send 4 independent SDI signals from FOH to the stage and 4 different sources with zero latency. As such, live inputs can be distributed between two or more points. 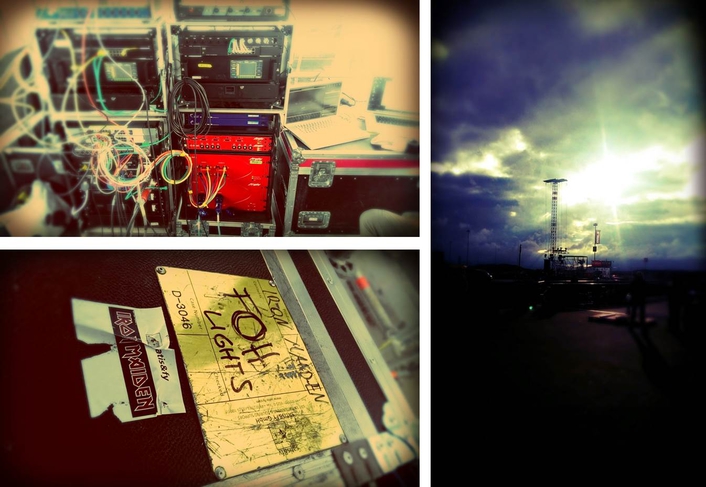 Both productions proceeded flawlessly. With the modular fireflysystem, it was possible to provide the  redundant structure that such events require. An easy setup, understandable components, and the plug-and-play concept of the modules serve as a safe network structure. The fiber hotpatch system enables easy access for the routing of video and network signals.

Mike Lage, project manager of Satis&Fy, had a very positive impression of his initial use of the firefly system. It saves both manpower and precious time, by establishing a full connection between the stage and FOH (lighting, video, audio, pyro, camera, etc.) with only two cables.

satis&fy AG
Ready for the future: tru...invests in the new MA VPU