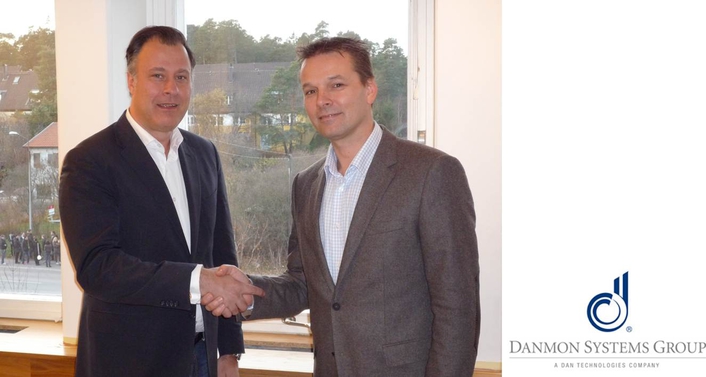 Robert Tinterov has long experience both of the broadcast and IT media industries. Born in 1967, he studied electrical engineering and in 1994 joined Danmon Svenska AB as a service engineer, later being promoted to sales engineer. In 1996 he progressed to the newly-formed Avid Sweden as Country Manager. After four years with Avid, he joined the Swedish Internet company Spray and subsequently held CEO positions in several IT-media companies. Since 2011, he has worked at Swedish distributor DiviTec as a key account manager in the Swedish Market.

"It is a great pleasure to be returning in a senior capacity to a company that played a pivotal role in the formative years of my career," Robert Tinterov comments. "Under Robert Rosenberg's leadership, Danmon Svenska has achieved an excellent reputation as a major supplier to the Swedish broadcast and telecommunications market. My intention is to build on this strength. I wish him every success in his new role within the Danmon Group."

"Robert Tinterov is well known and highly respected for his management skills," adds Dan Technologies Chief Executive Officer Ole Clausen. "He joins at a time of rapid technical development in the broadcast and professional audio markets. We are confident that he will sustain the proven success of Danmon Svenska. Robert Rosenberg remains a board member of Danmon Svenska AB, in addition to his new role at Danmon Asia, thus ensuring management continuity."

"This is a time of great opportunity within Danmon as the company expands from a predominantly European focus into being a truly multinational supplier of products, systems and supporting services," Robert Rosenberg adds. "With offices in Scandinavia, the United Kingdom, mainland Europe, the Middle East and Asia, we will be working as a global team."

About Danmon
Danmon Svenska AB is one of Sweden's leading suppliers of audio and video equipment for broadcast and professional applications. The company operates sales, installation and service for television stations, film and video production companies, post-production houses, educational institutions and other public and private businesses and institutions.Danmon Svenska is part of Dan Technologies A/S. The Dan Technologies Group is a privately-owned group of companies and one of the world’s leading suppliers of audio, video, transmission products and digital media solutions. The Group operates internationally from offices in Denmark, Sweden, Norway, United Kingdom, Germany, Vietnam and Dubai.