The 20,000-seat Lanxess Arena offers unique facilities as one of Europe’s largest and most modern multi-functional indoor arenas and is equipped with state-of-the-art technology which, Robert Juliat is proud to announce, now includes their 4000W HTI Lancelot long-throw followspots.

“We chose the RJ Lancelot products because we were not completely satisfied with the American manufacturer we worked with before and therefore preferred to use a European product,” says Lanxess Arena’s technical manager, Martin Rebiszewski.

Lanxess Arena has played host to a string of top international performers that include Paul McCartney, Sting, Whitney Houston, Eric Clapton and Luciano Pavarotti, and stages spectacular large-scale shows like Holiday on Ice, Carmen, Nabucco and Riverdance. It has also been the scene of prime sporting events that include the 2001 and 2010 Ice Hockey World Championships and Hockey World Cup, as well as the 2007 World Handball Championship.

“The spots are used for almost all of the events hosted at the Lanxess Arena,” continues Mr. Rebiszewski. “They are specifically utilised to follow the artists and highlight their performance on stage.”

Without doubt, the long throw distances within the Arena require a followspot of high calibre and power to highlight the stellar performances of the world-class performers who play there. Performances from Rod Stewart, Lady Gaga, Kylie Minogue, Michael Bublé and Bryan Adams are just some of the shows lined up at Lanxess for later this year when Lancelot is expected to perform.

Robert Juliat’s Lancelot followspot offers 4000W of crisp, flat beam, a very narrow 2°-5° variable zoom, and extremely powerful output. This is combined with perfect ergonomic features designed with the operator in mind, excellent heat management and a wealth of modular accessories that include progressive effect and colour changing, diffusion and colour correction, and an optional gobo changer.

The Lancelot followspots were supplied to Lanxess Arena by Robert Juliat’s long-term German distributor, Lightpower. “When Lanxess approached us with their requirements, we knew that Lancelot was the obvious choice for this multi-purpose, high profile venue,” says Lightpower’s Bjoern Gaentzsch. “Lancelot has the muscle to cover the distance, the reliability always to put in a top performance and the flexibility to do whatever is required of it.”

“We are very satisfied with the manufacturer, Robert Juliat, and with their German distributor, Lightpower,” concludes Mr. Rebiszewski. “The consultation process and the whole customer care have completely satisfied our expectations and the delivery from Lightpower was carried out very quickly.” 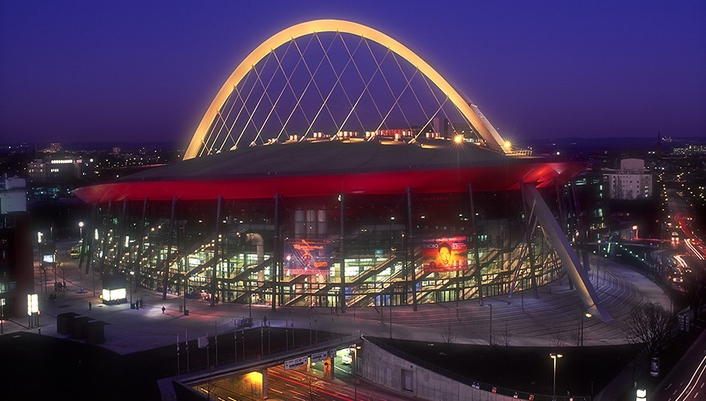 ACT Lighting Becomes the ...hting Solutions in the US
Robert Juliat Lancelot Spots Flo in One Direction
Robert Juliat Victor Foll...wig and the Angry Inch”